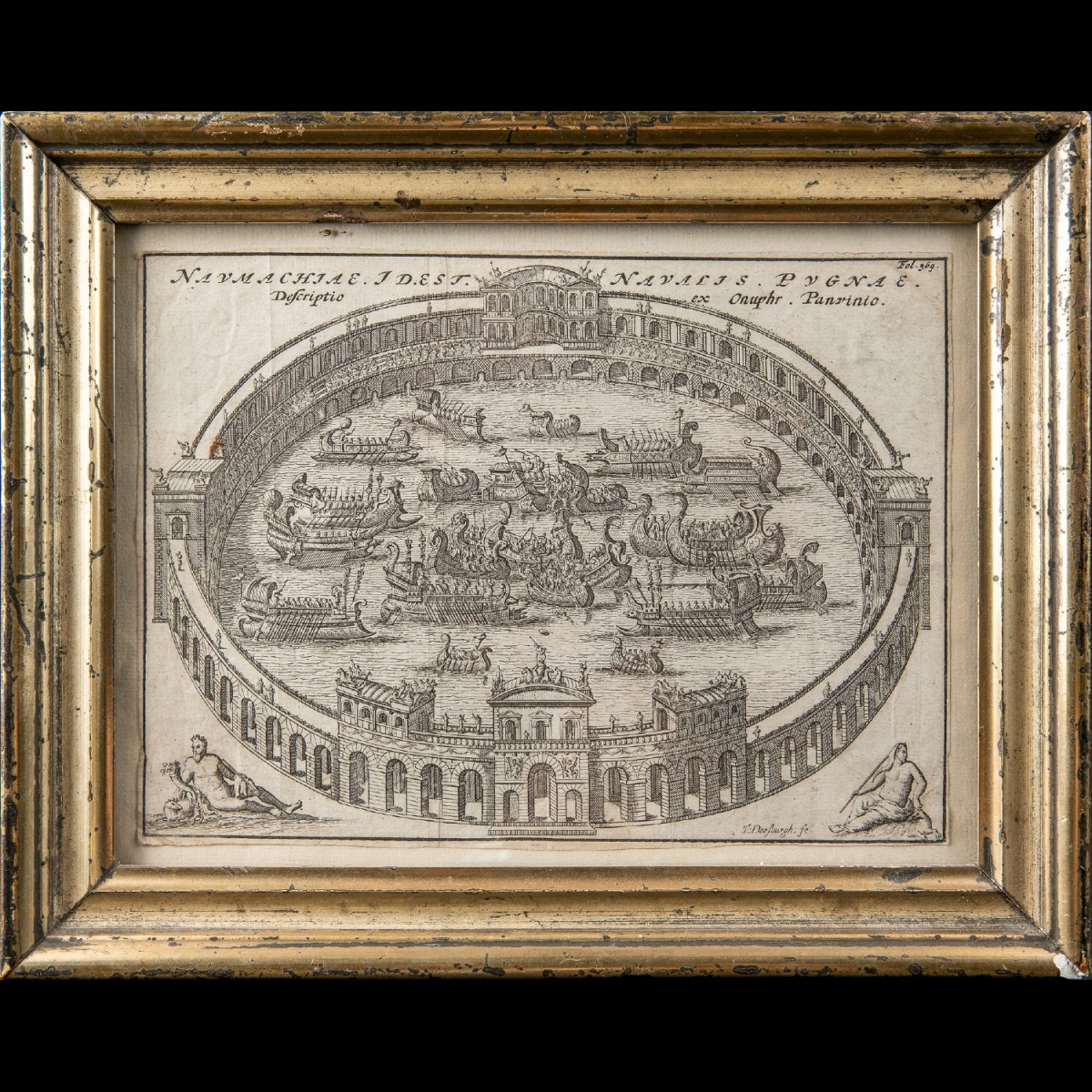 Original and rare engraving with signature of the engraver on the bottom right-hand corner, T. Doefburgh from the Antiquae Urbis Splendor. Good state of preservation. Set under glass in an ancient frame. This piece is a representation of the baths of Diocletian with a fleet of galleys in the Coliseum.

The Roman baths of Diocletian were the largest ever built in ancient Rome. They were located northeast of the city on the Viminal. The beautiful arches of the Diocletian baths are today home to a part of the National Roman Museum and the church of Santa Maria degli Angeli. The construction of these baths began in 299 under Diocletian and Maxime and took eight years to complete. Giacomo Laura lived in Veneto and was a pupil of Paolo Veronese. The book in which this etching featured was first published in 1612, and included 158 views of Rome. It was dedicated to the Polish nobility.