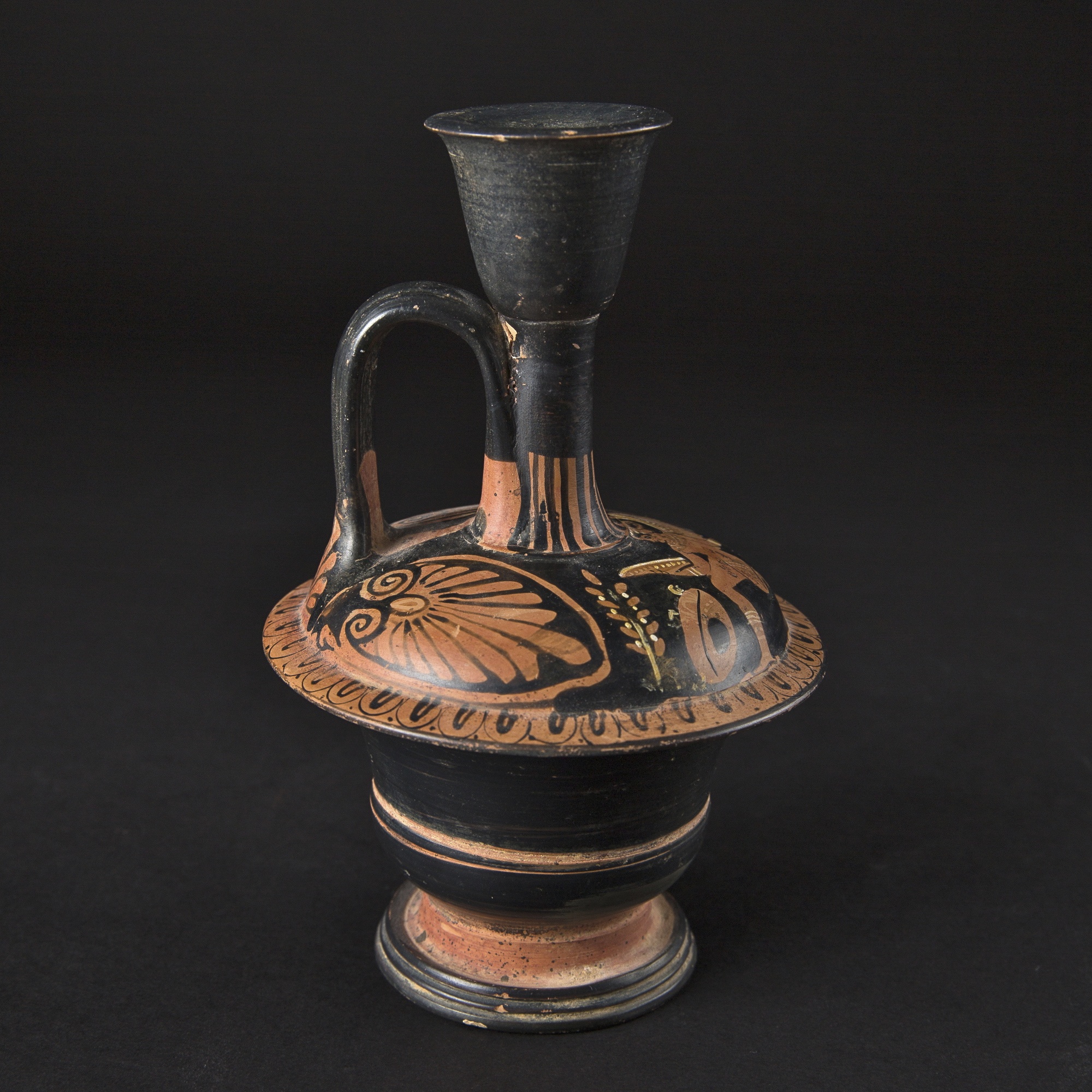 Apulian red figure fine terra cotta fabrication in slow turns, with a black glaze with red orangey decor completed with yellow and ivory highlights. The epichysis has an atypical form with reel-shaped body with shallow shoulders and rests atop its pedestal. It is decorated with a painting of Eros in genuflection, holding a tray of offerings and a garland. The palmette decor is beautifully painted in the leaf shaped cartridge and there is a frieze made of ovolo motif ,0adorning the shoulder. Excellent state of preservation. A scratch is visible on the neck.

According to the Theogony of Hesiod, Eros is one of the five primordial deities, the principal figure of beginning and origin. God of love and passion, he is traditionally considered in Greek mythology as the son of Aphrodite and Ares. He is first represented as a young androgynous boy, depicted with wings from the 6th century on and then later with a bow and arrow. Associated with pederasty as well as the female realm, Eros is famous with his legendary love affair with the Princess Psyche, described by Apuleius in the 2nd century novel Metaporphosis.