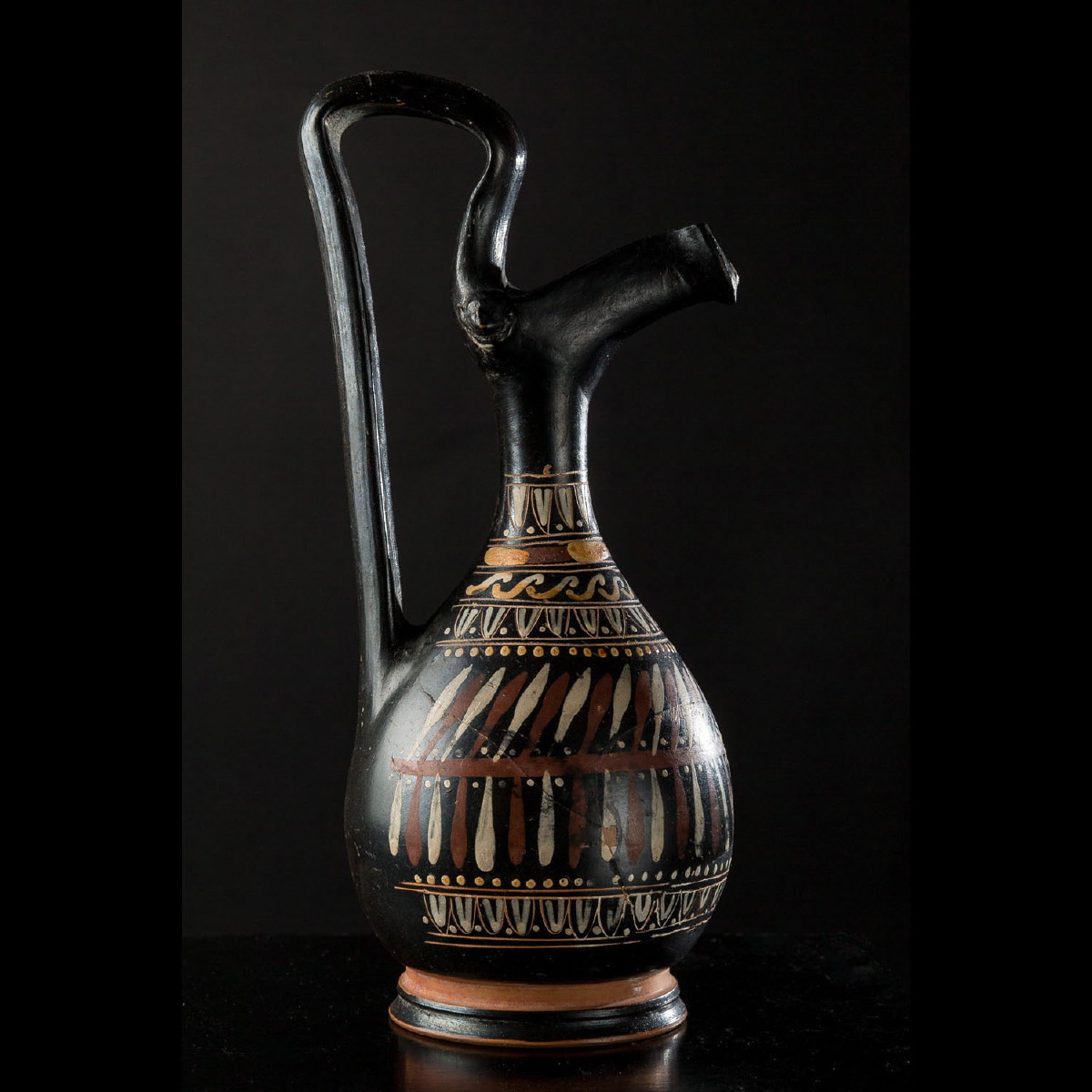 Excellent epichysis in red clay terracotta, glazed in black with white, yellow and red highlights. Pear-shaped body resting on a small pedestal with a handle surmounting the narrow neck. Large pouring spout is prominent and positioned higher over the lip. This epichysis is adorned with friezes of olive branches and various rows of decorative patterns. The employed technique was the application of colours such as red, white and golden yellow onto the black varnish of the vase. Very good state of preservation despite some ancient restorations. Slightly iridescent varnish and minor evidence of calcium deposits which proves the age of this piece.

The city of Gnathia (modern day Egnazia) is located in Apulia, a region of Magna Grecia. This pictorial technique known as « layering » was invented in Taranto, probably in the atelier of the painter Iliupersis, an artist of the Apulian « ornate style » which dates circa 370-360 B.C. and was then exported. The “Gnathia style” was so named due to the abundance of dishes of this style which were discovered there.