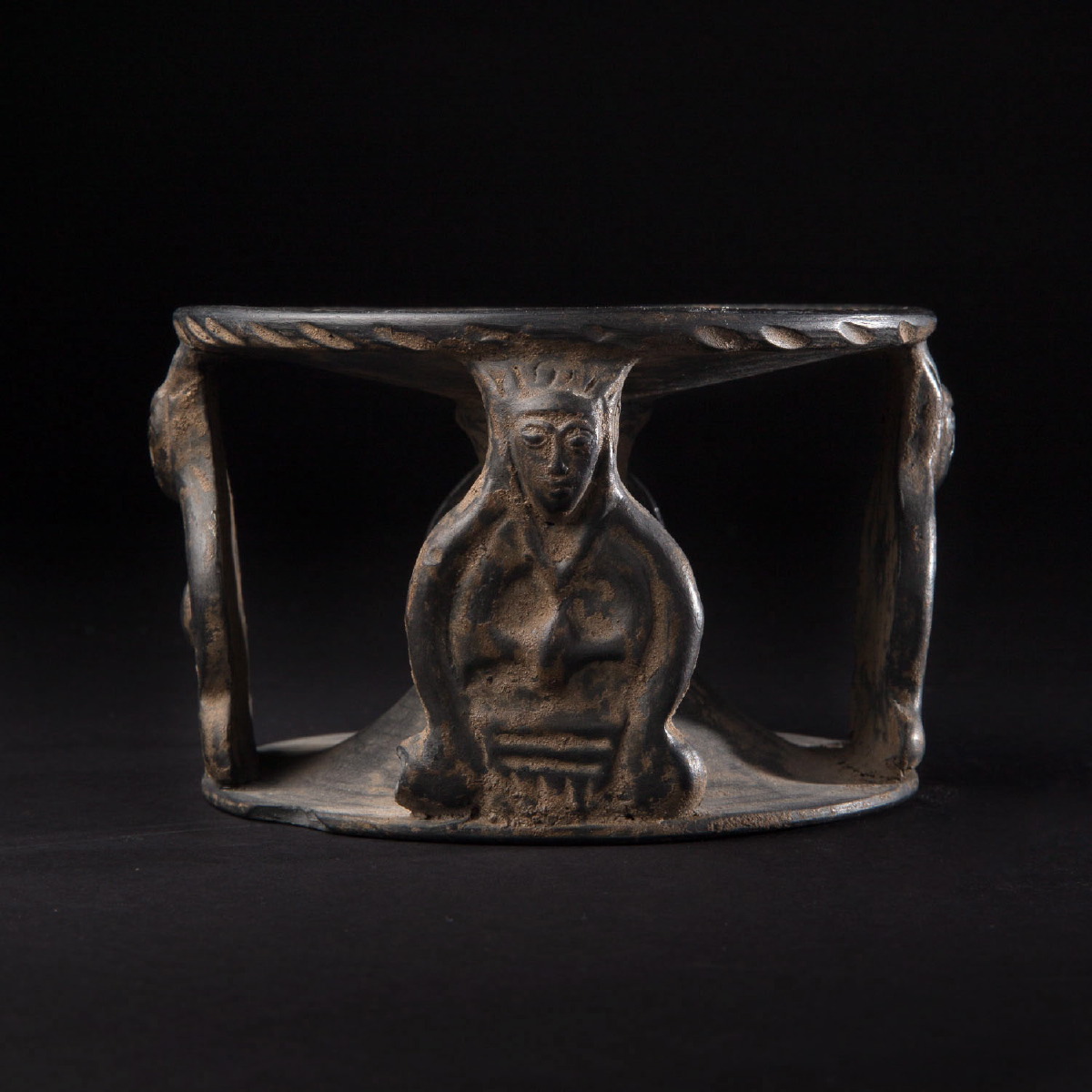 Circular pedestal in black terracotta created using the reduction-firing process. Known as bucchero lourd (with thick walls), typical of Etruscan production between the 7th and 4th century B.C. Four female busts of caryatids inspiration support the pedestal’s central column. Good state of preservation with some restorations due to use.

Imitating the effect of blackened metal, the bucchero is a shiny monochrome pottery with a black or grey clay base. The colour is achieved during the reduction-firing process by mass fumigation. Discovered in large quantities in production centres of bucchero such as Cerveteri, Tarquinia and Veii. These elegant pieces constitute the dishware of the Etruscan people. This pedestal takes the form of a chalice or the tetrapod basins of caryatids, an Oriental motif.