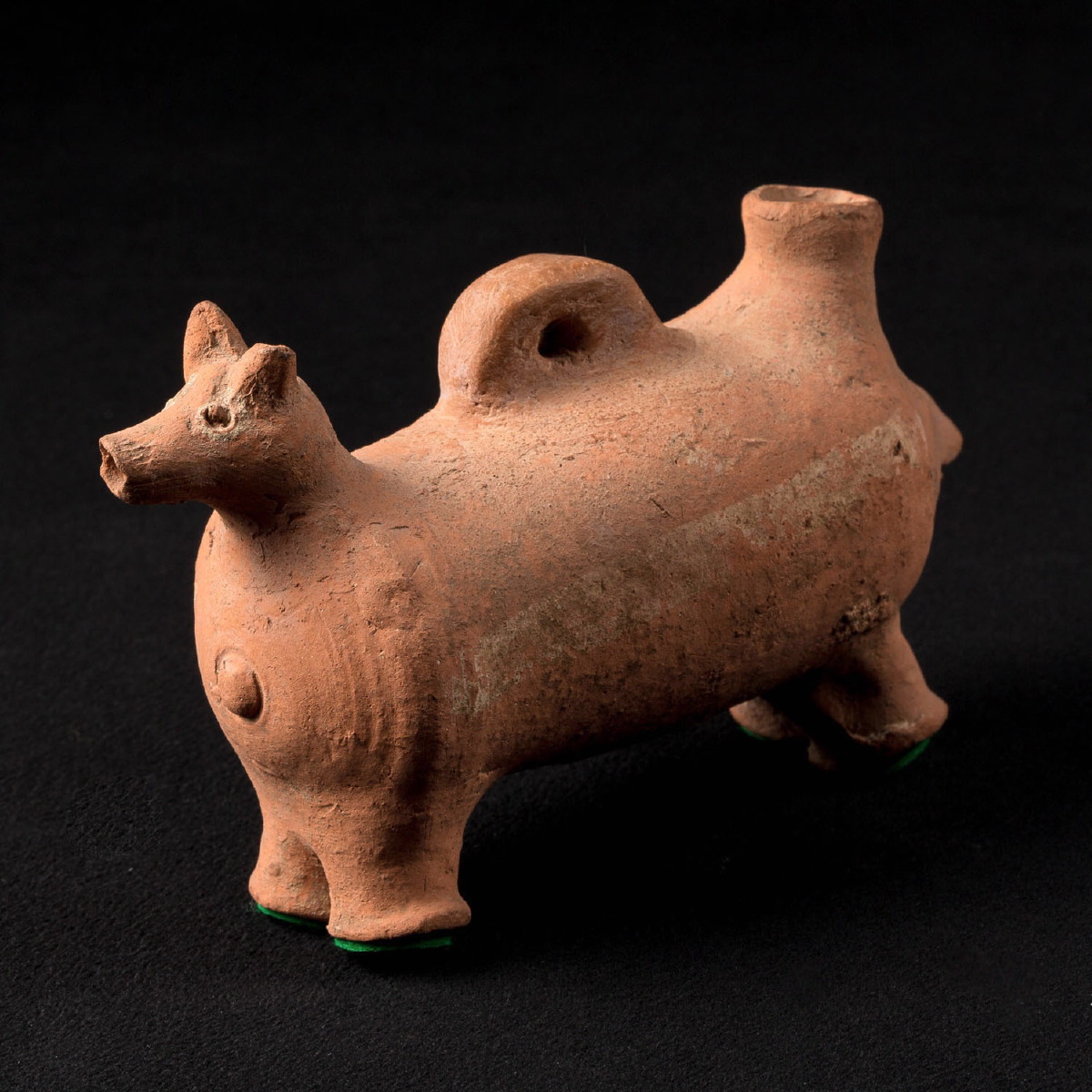 Aquamanile in orange terra cotta representing a dog sitting upright with its ears at attention. A handle is attached to the back of the animal and the back and body are barrel shaped. Excellent state of preservation.

The animal-shaped aquamanile is a vessel whose origin lies in the East. Originally used for the ablution of priests during Mass and later used domestically either for washing hands or on a dining table between courses, as it was traditional to eat with one’s fingers.