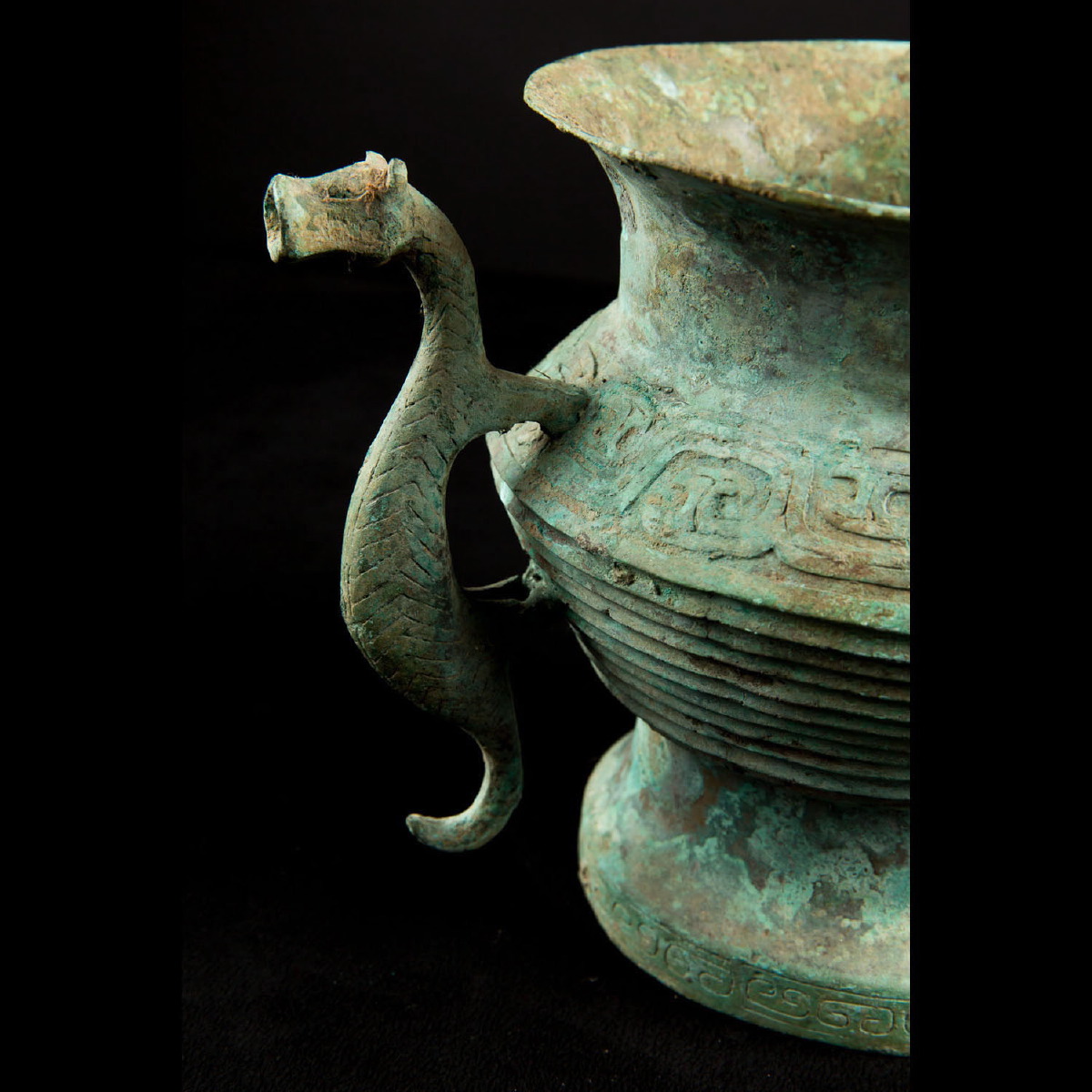 Bronze vessel used for funerary rituals. The vase has a high pedestal and is decorated with a frieze at its base, the body is of symmetrical shape and the neck is wide and flared. On the body of the vase, a first register of lines in relief are followed by a variety of symbolic motifs also in relief. Each skilfully designed handle is made in the form of identical chimeric animals facing one another. These animals have the body of a weasel and a very stylized and rectangular head of a dog. The entire surface of the object is covered with a richly encrusted patina with traces of blue cuprite. Overall good condition, small hole located on the neck. Fine condition.

This period is characterised by the appearance of the art of metallurgy, which requires a perfect mastery of bronze. The objects could come in both very simple, as depicted here, and extremely complex forms and designs. The bronzes were placed in more or less large quantities in graves, depending on the social status of the deceased. They also accompanied those who were going to be killed and/or sacrificed to the afterlife. These cruel practices were eventually phased out under the Zhou, with immolations being gradually replaced by the placing of figurines and architectural structures in painted or glazed earthenware. Ancient Chinese civilizations found more value in the ingenuity, artistry and skill involved in the shaping of a raw material, than in the material itself. It is for this reason that bronze, at the time was considered more precious than gold.