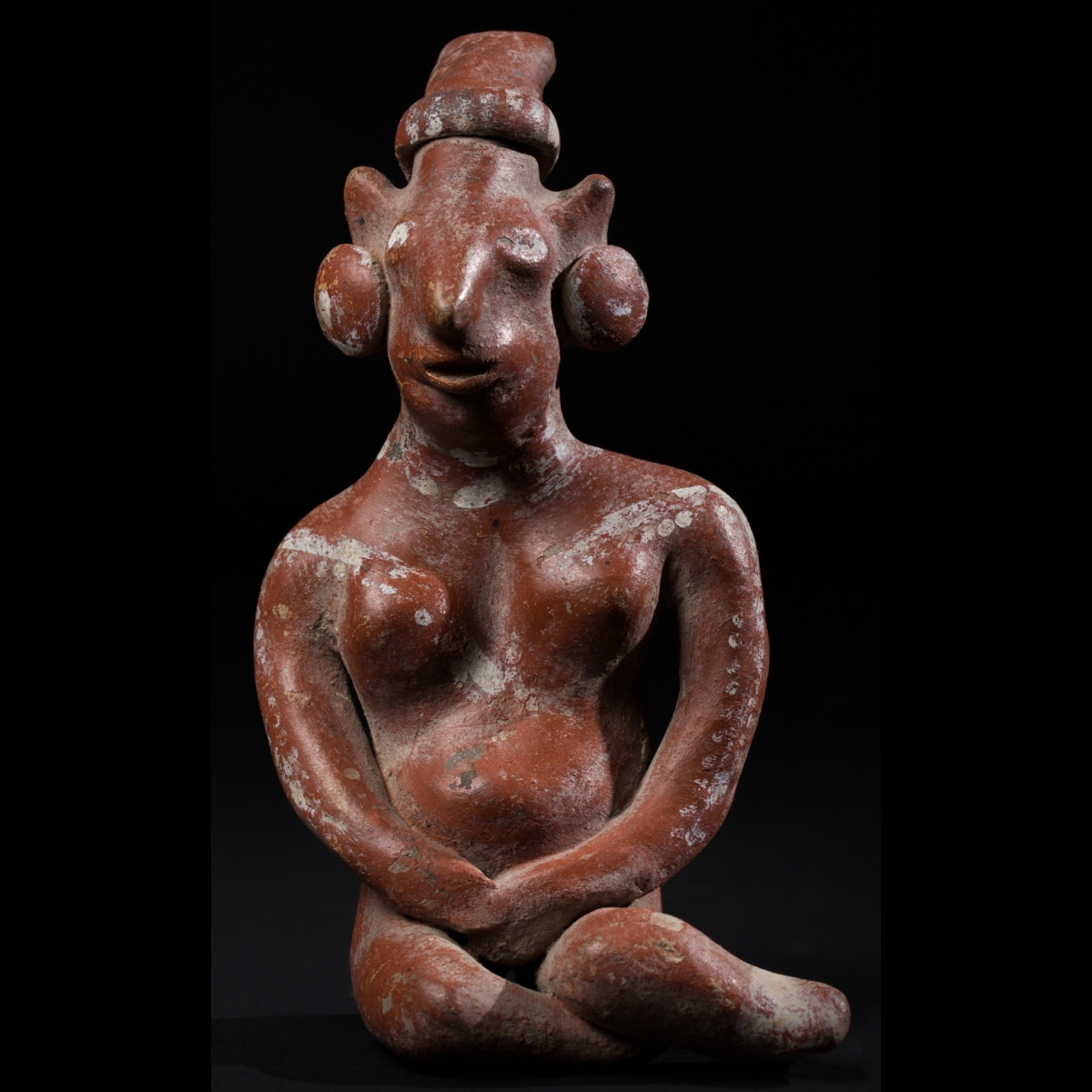 Moulded red terracotta statue of a young woman seated in a casual position, with a small plump belly, hands crossed chastely over her crotch. She wears a rectangular headdress with headband and two big rounds tambas (earrings). The body is decorated in ceremonial paintings with beige decoration. Excellent state of preservation.

Three civilizations called “shaft tomb cultures” developed along the North-western coast of Mexico around 300 BC, at the end of the Pre-Classic period. Nayarit, Jalisco and Colima are known for their underground sepulchres reserved for high-ranking figures and composed of one or several funerary chambers reached by a vertical shaft going down to a depth of up to 20 meters. Many terracotta figurines like this one used specifically in burials and reproducing the forms of daily life, have been found in this area.