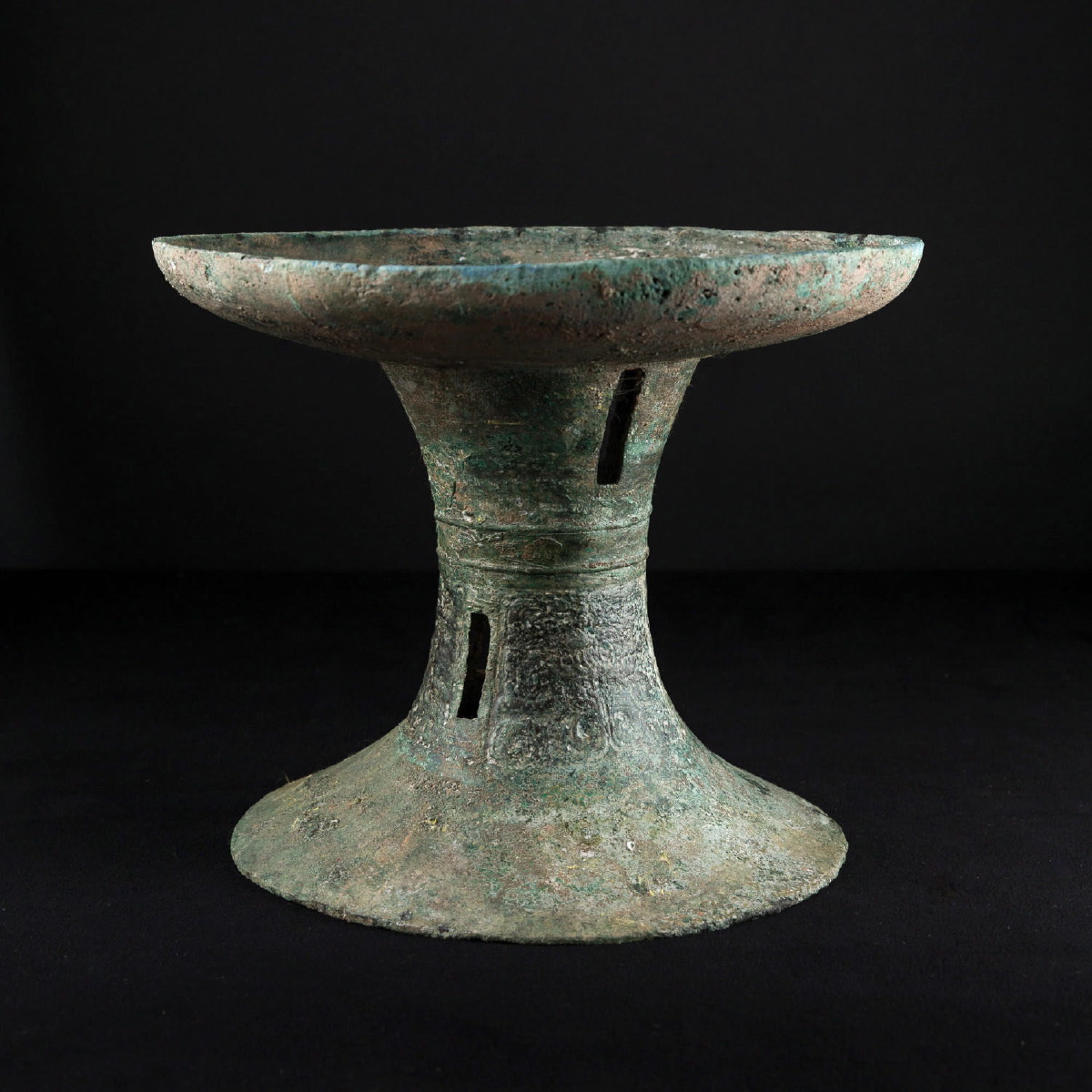 « pan » bowl on a pedestal in bronze with original crusted bright green patina with visible traces of cuprite. Decoration known as « Leiwen », also called the « Thunder Character ». The right-angled spiral pattern symbolizes lightening on the lower part of the neck and is separated by two parallel lines of the upper portion that is devoid of decoration. The same set of integrated spiral lines in circles is inscribed in the centre of the bowl. The neck is perforated with two large slots. These vases are generally sunk upside down around compacted earth. Terracotta segments are placed around to constitute a hollow mould with decorative themes. The metal is melted at a temperature of over one thousand degrees and is placed in the free space between the core and the mould, while the air escapes through vents. Once the piece is cooled, the mould is disassembled and the barbs that mark the intersections between the two segments are levelled.

From the 17th century BC to the Han period, nobility used the rare and precious bronze for the fabrication of ritual funerary vessels. Each bronze recipients was called under specific names according to their usage, some being attested by epigraphy. This classification and rediscovery was the work of Chinese historians and aesthetes from the Song era up to the 10th century.