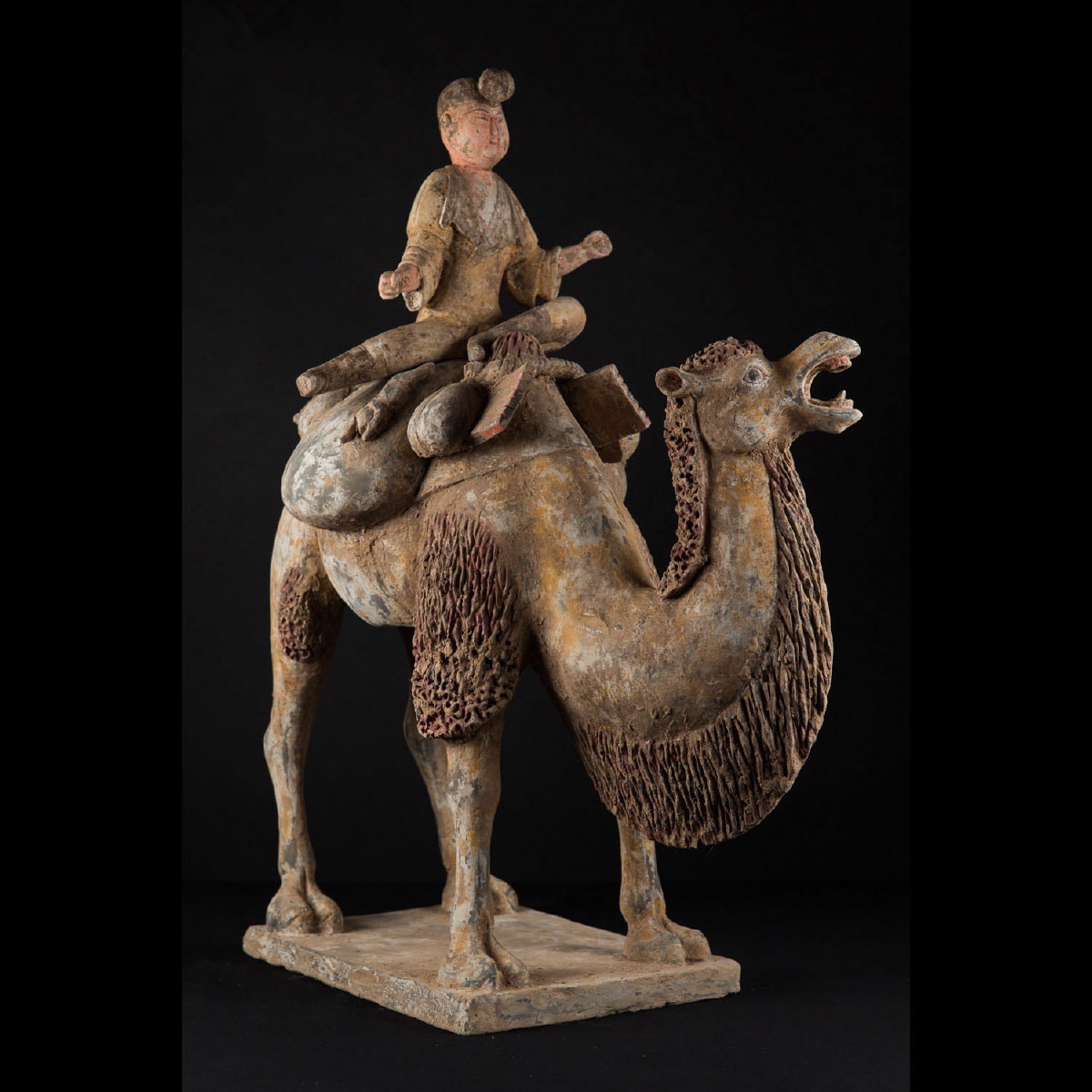 Camel in a dark tan terracotta with patina remains from excavation. The animal is depicted with a proud allure and is standing on a terrace. It has a slightly curved tongue, head looking to the left and decorative elements allowing to stylize the wool and the mane. The camel carries a camel driver who is a stranger from the Western countries abroad, wearing a turban knotted at the front and a tunic with a wide neckline. The man is sitting with one foot on a stool and the other leg stretched on the right side, hands are low and in the process of guiding the camel. The bat bearing the saddle has the everyday attributes of a camel driver. This is a piece of outstanding craftsmanship, quality and size, completed for technical reasons in the process of firing of the removable part where the camel driver seats. Good state of preservation. Fine condition. Probable restoration.

The Asiatic camel, an important animal for the ancient Chinese economy, comes from the deserts of Central Asia, and most probably from Bactrian, as describes Linnaeus in 1758. It is approximately two meters high. It was widely used as a milk producer and as a mount for transporting goods along the Silk Road. Chinese people used to eat the meat and drink its milk (only as fermented), and wowed its always much appreciated wool. Since the Han dynasty, Emperors used it also for its great resistance in the postal service which reached up to the desert borders. Chinese people used to buy the camel driver together with the camel.