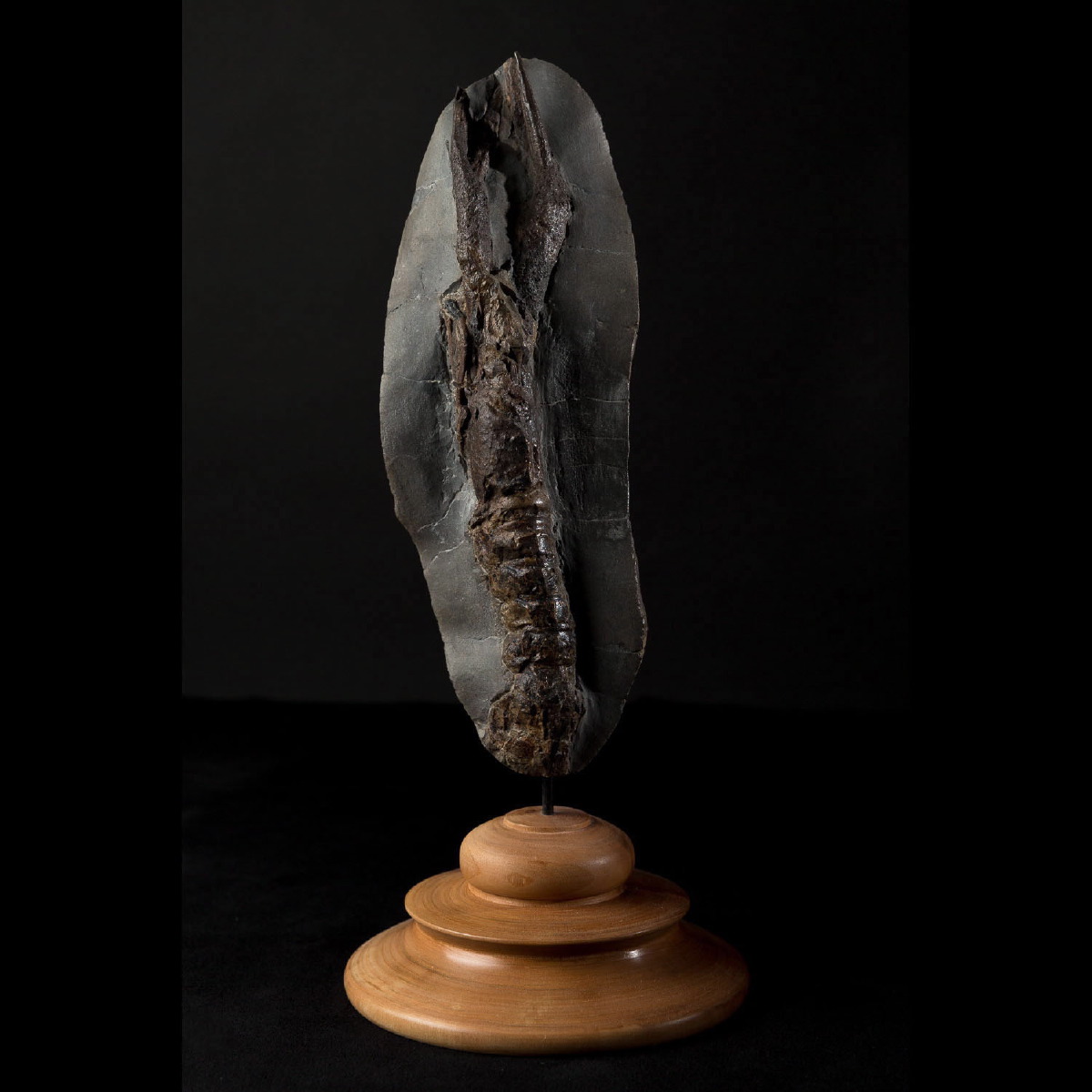 Fossil is a word that found its origin in the latin fodere, meaning that “has been excavated”.

The term “fossil” first invented by Pline during the 1st Century will be then rediscovered in the 16Th Century by Agricola. Aristote was observing them with passion. Leonardo Da Vinci while studying them went to the conclusion that the theory that most people believed in at that time that they were remains of the Flood was wrong. It is only during the 19Th Century thanks to the works of Lyrell, Lamark and Darwin who invented his theory of evolution, that the modern theoretical setting that allowed their classification and understanding was created. The science of paleontology study all remains of life preserved in crystal rocks and sediments, shells, animals and plants. Fossilisation is a very rare phenomenon, (regarding only 0,1% of all living creatures known since the appearance of life on earth). Exceptional state of preservation.