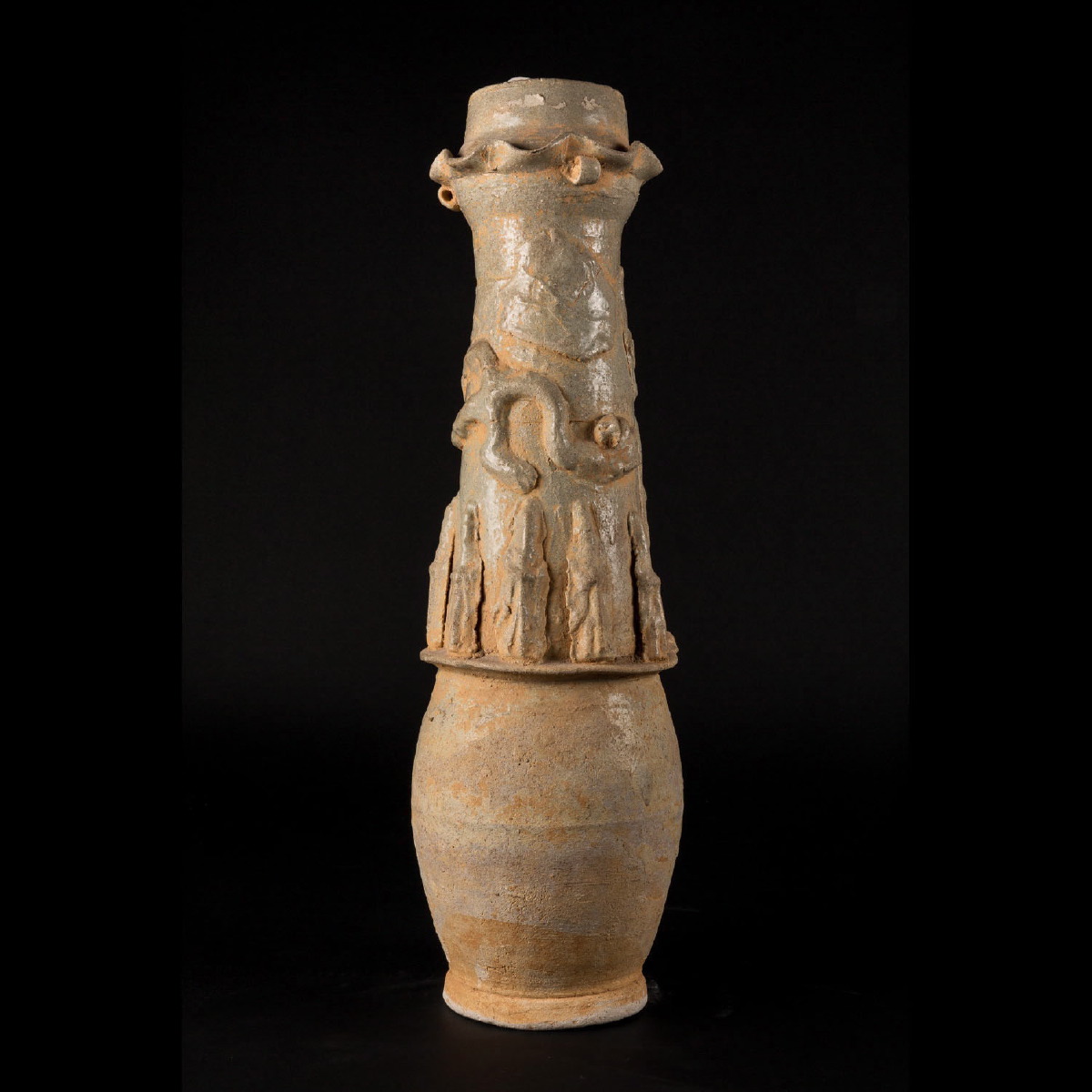 Ritualistic vase in plain sandstone covered in transparent pale green ferrous glaze, typical of celadon. The cylindrical body is slender and becomes ovoid on the lower section, which rests on a pedestal. The middle section is decorated with humans and animals in relief. Good condition.

This vase is a traditional type of funerary urn typically placed in pairs in tombs, aligned on the East/West meridian. The Chinese dragon is a mystical creature with the body of a snake, the scales and tail of a fish, the face of a qilin (a mythical creature), eagle talons and eyes of a demon. It is depicted here playing with a flaming pearl, surrounded by animals and symbolizing the myth of immortality. Contrary to what has long been thought, these urns were not used for the ashes of the deceased, as recently seeds were found inside these vases.