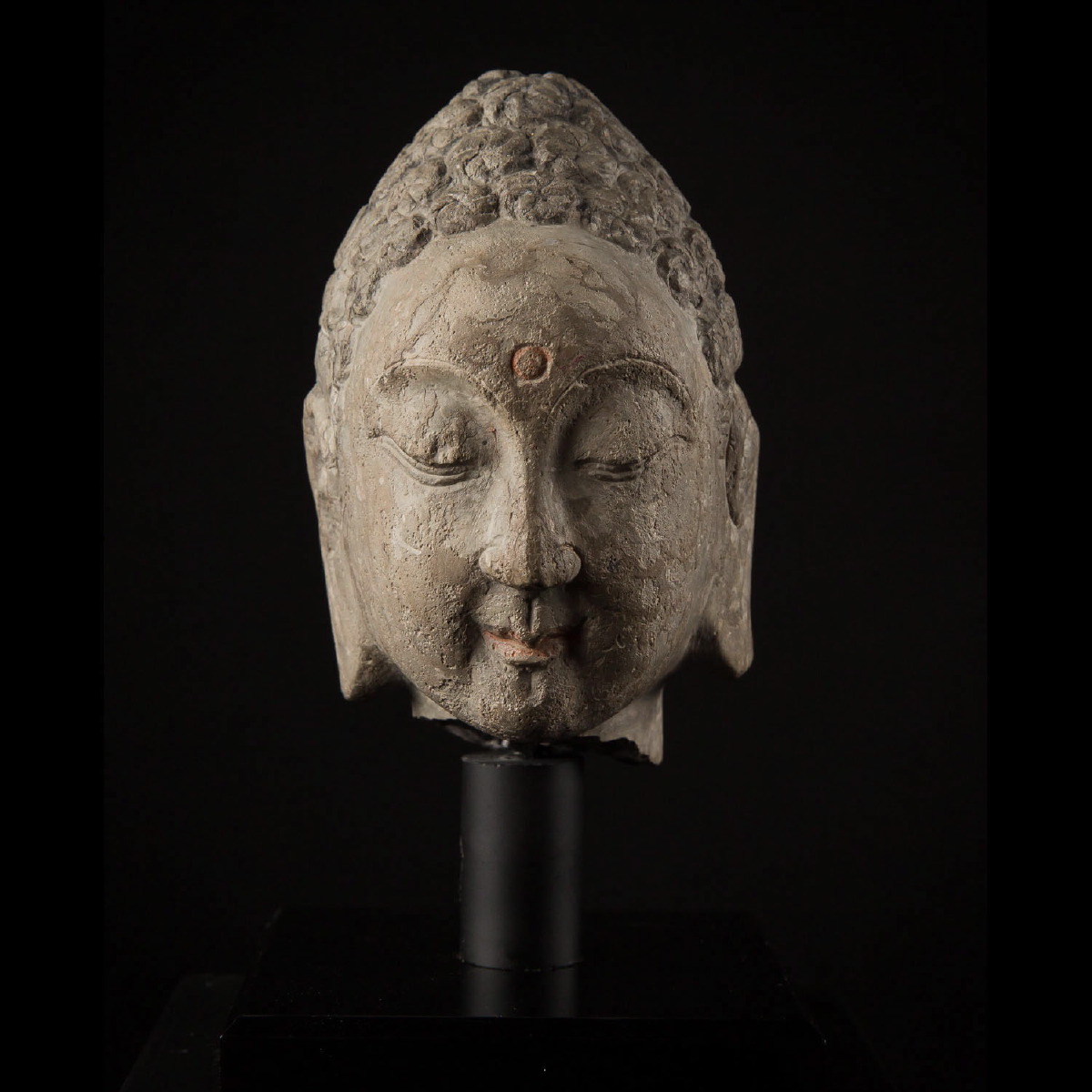 Elegant stone head of a Buddha. The face shows regular features surmounted by large thin eyebrows, the nose and mouth both small. Faintly red mouth. The high skull is slightly pointed in the shape and covered in meticulously ordered curls. The ears are long and an urna is visible in the centre of the forehead, having once been encrusted with a gemstone. The eyelids are partially closed and almond in shape, a typical style of this era. Excellent state of preservation. No repair.

The Sui dynasty represents a pivotal period in ancient Chinese history, as it participated in the reunification of both the northern and southern territory, marking the geographical contours of the Tang period that would follow. It was during this time that the capital was established in Xi’an, that the Grand Canal was constructed while the Great Wall of China was extended considerably. Buddhism became an important force of cultural unification, so strong that Emperor Wendi converted to the faith. Monasteries were built in every province in order to promote the development of the religious statuary. It came willingly that the monarch was ready to use military force to impose this religion as it served to him as a link between himself and his subjects, just as the Emperor Ashoka in India had done before him.