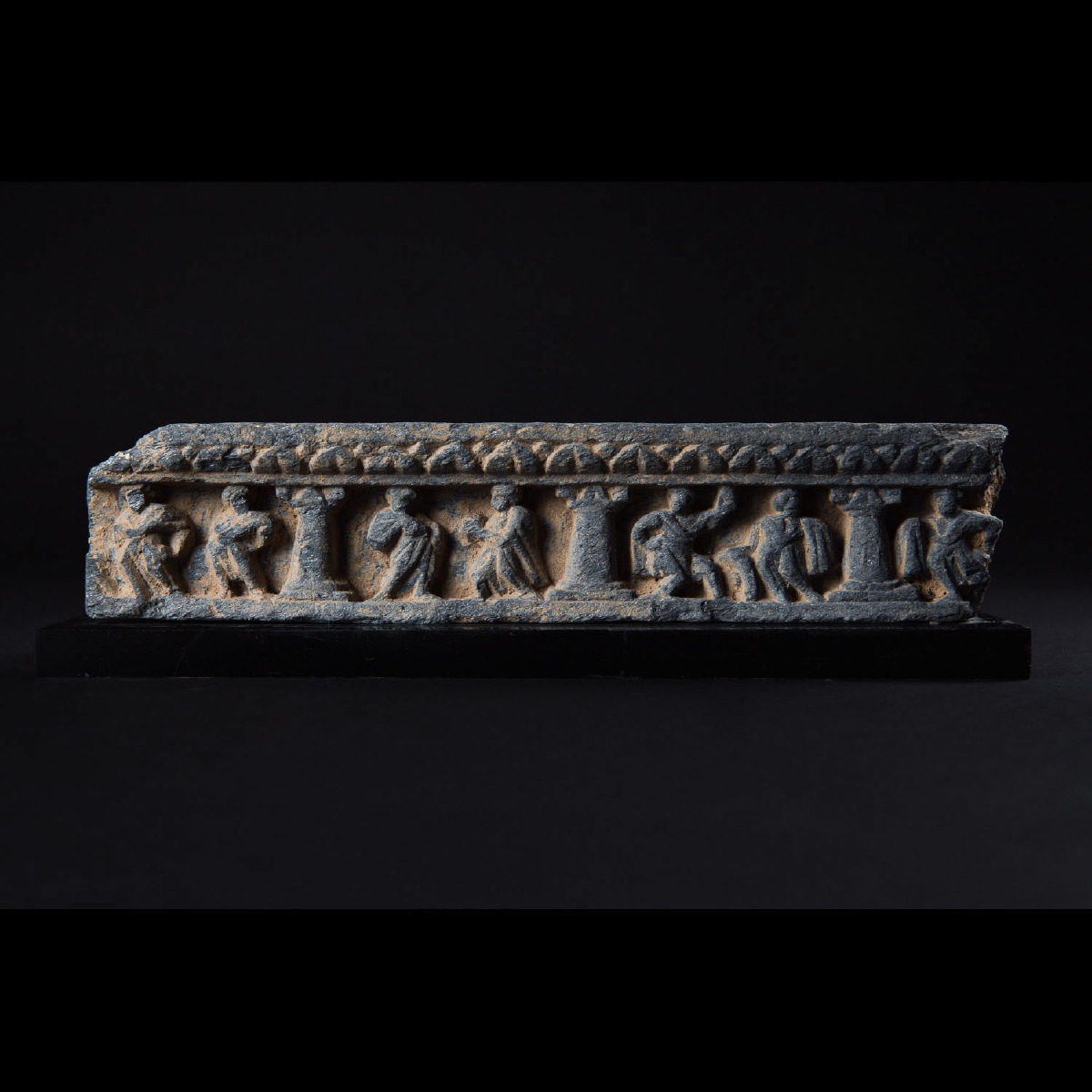 Part of a rectangular frieze depicting scenes from the life of Buddha in green grey shale characteristic of the Swat Valley. Each scene takes place between two columns of Greek style, three scenes of two characters and the beginning of a fourth. The scene characters are animated and draped in the Greek style. The partial sculpture of this frieze is pretty well preserved. No visible repair. Earth excavation still present. The object is fixed to a non-removable contemporary base.

The Art of Gandhâra, born on Indian soil and in the service of Buddhism, appropriates elements from the Hellenistic iconographic repertoire introduced by the Bactrian Greeks arrived to the borders of Afghanistan following the conquests of Alexander the Great.