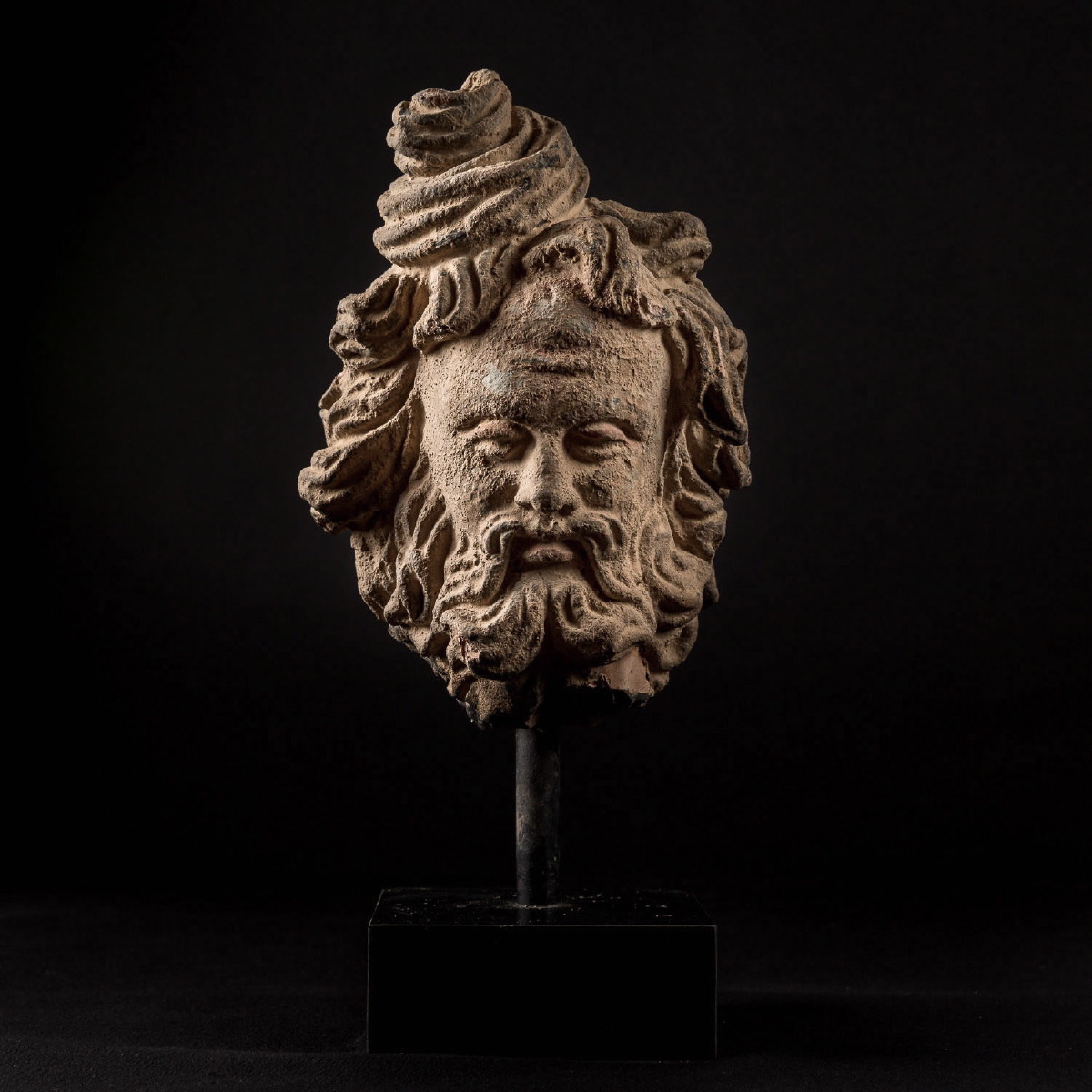 Handsome terracotta head covered in a thick light beige slip that seems to be composed of clay. The highly expressive head shows wrinkles of expression and the hairstyle consists of heavy and large curls and a beard modelled in the Greek style. Some visible cracks due to age. Excellent state of preservation

This highly expressive head of an attendant or disciple of Buddha has been modelled in the most classical Hellenistic style. Here we observe the interesting mixture of Buddhist religious iconography and Western-style depictions, inspired by Alexander the Great’s voyages as far as the borders of India. The face is very precisely detailed down to the wrinkles of the expression, and the hairstyle consists of heavy curls and a beard modelled in the Greek style. Above all, this piece shows great smoothness and perfect realism, as required by the aesthetic canons of Classical Greece. Buddha is usually represented surrounded by his attendants, whose role was to deliver messages, prepare his seat or his bed, and take care of its everyday needs. Buddha had several attendants, but the most famous of them was one of his cousins called Ananta. He was particularly appreciated for his assiduity and his devotion.