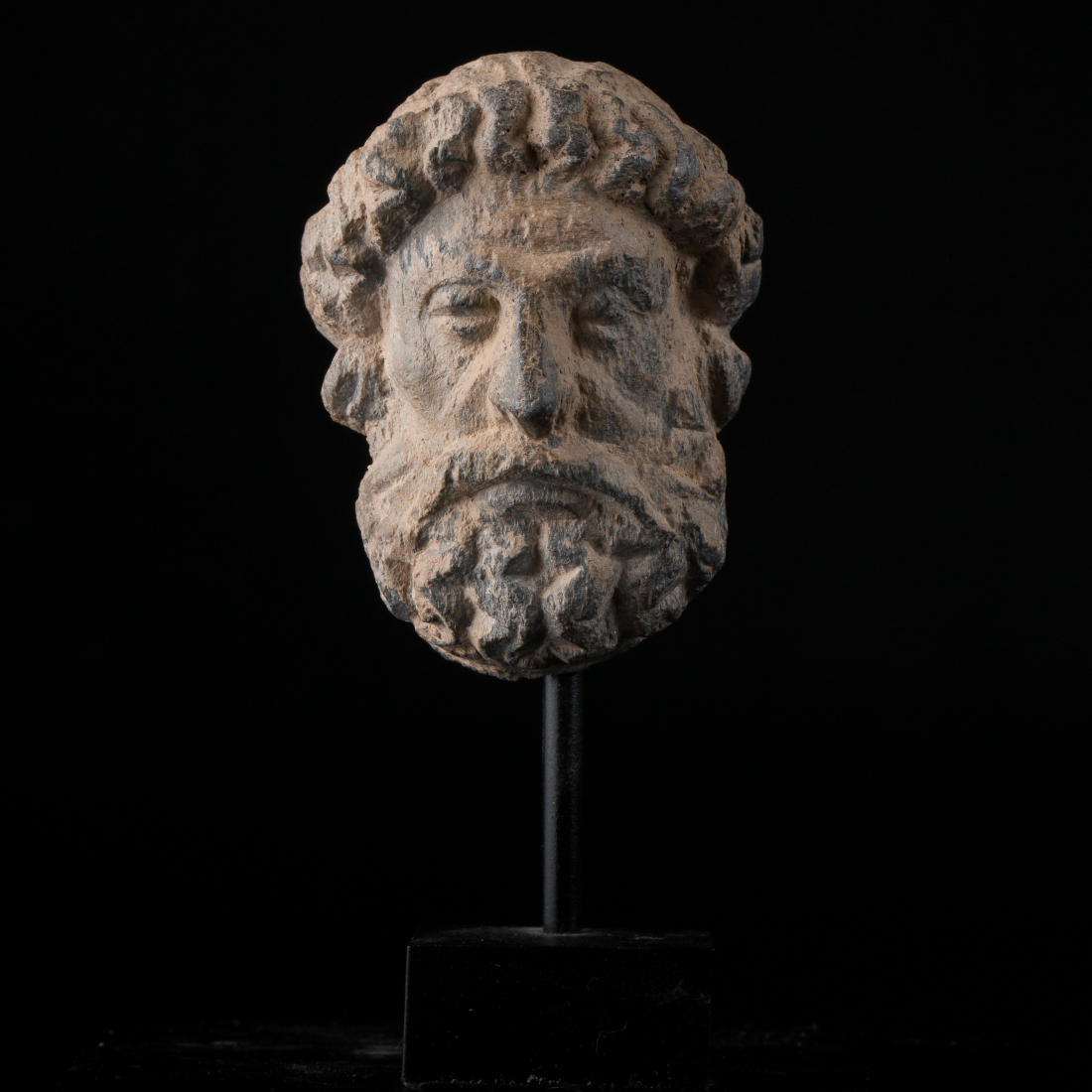 Head of a small statue in gray schist, typical of the valleys that run along the rivers of Afghanistan and Pakistan. This face of a mature man bears Indo-European features. The hair is composed of delicate and orderly curled bangs as well as an imposing beard, quite typical of intellectuals. Excellent state of preservation. Signs of patina from excavation and erosion. Small gaps and imperfections.