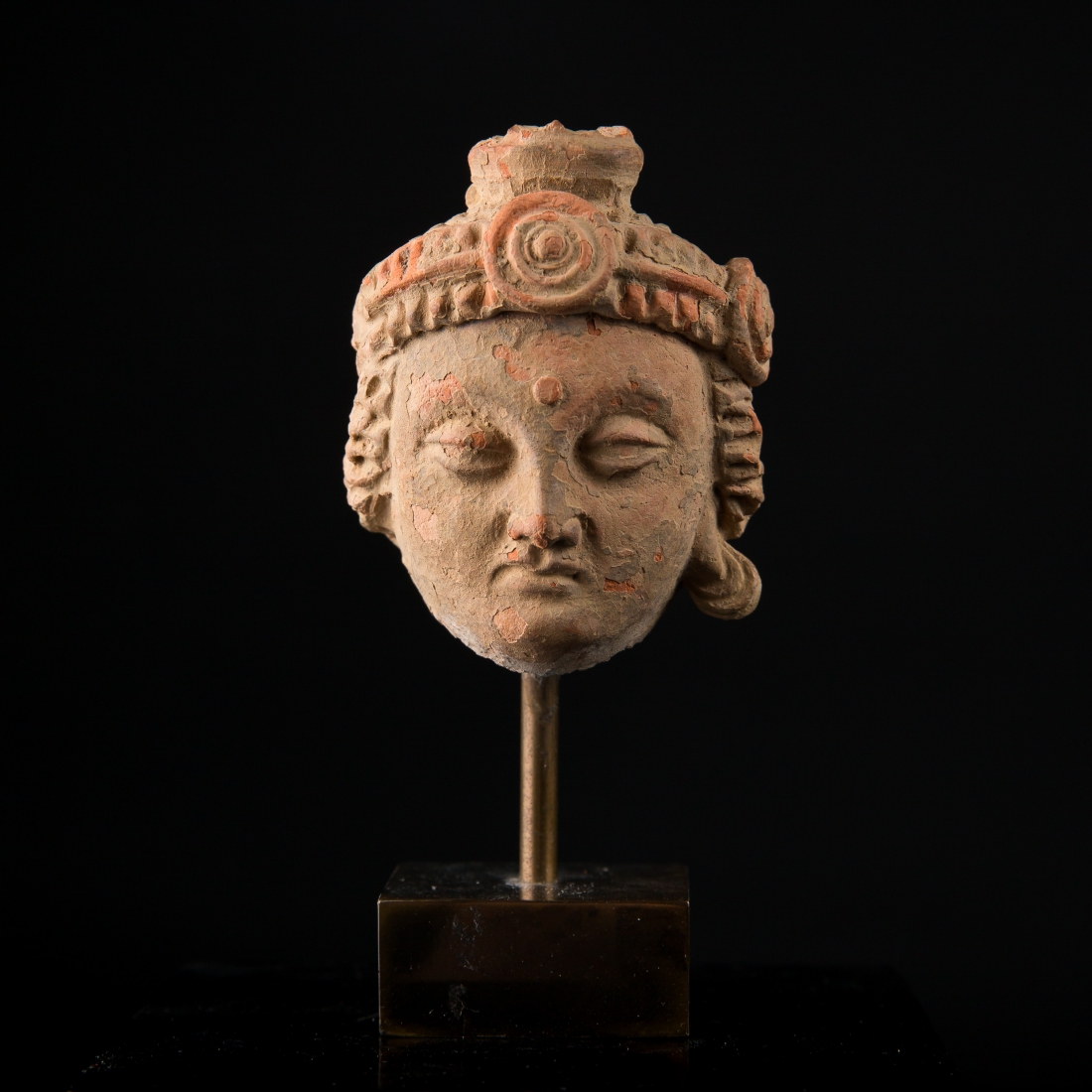 Head of a statuette of a princess made in an orangey red terracotta. The face has Indo-European features. The headdress is composed of a headband worn as a crown and a tuft of hair placed high atop the skull, typical of the Greek style imported from the West. Good state of preservation. Signs of crusty patina from excavation. Small scratches and imperfections.