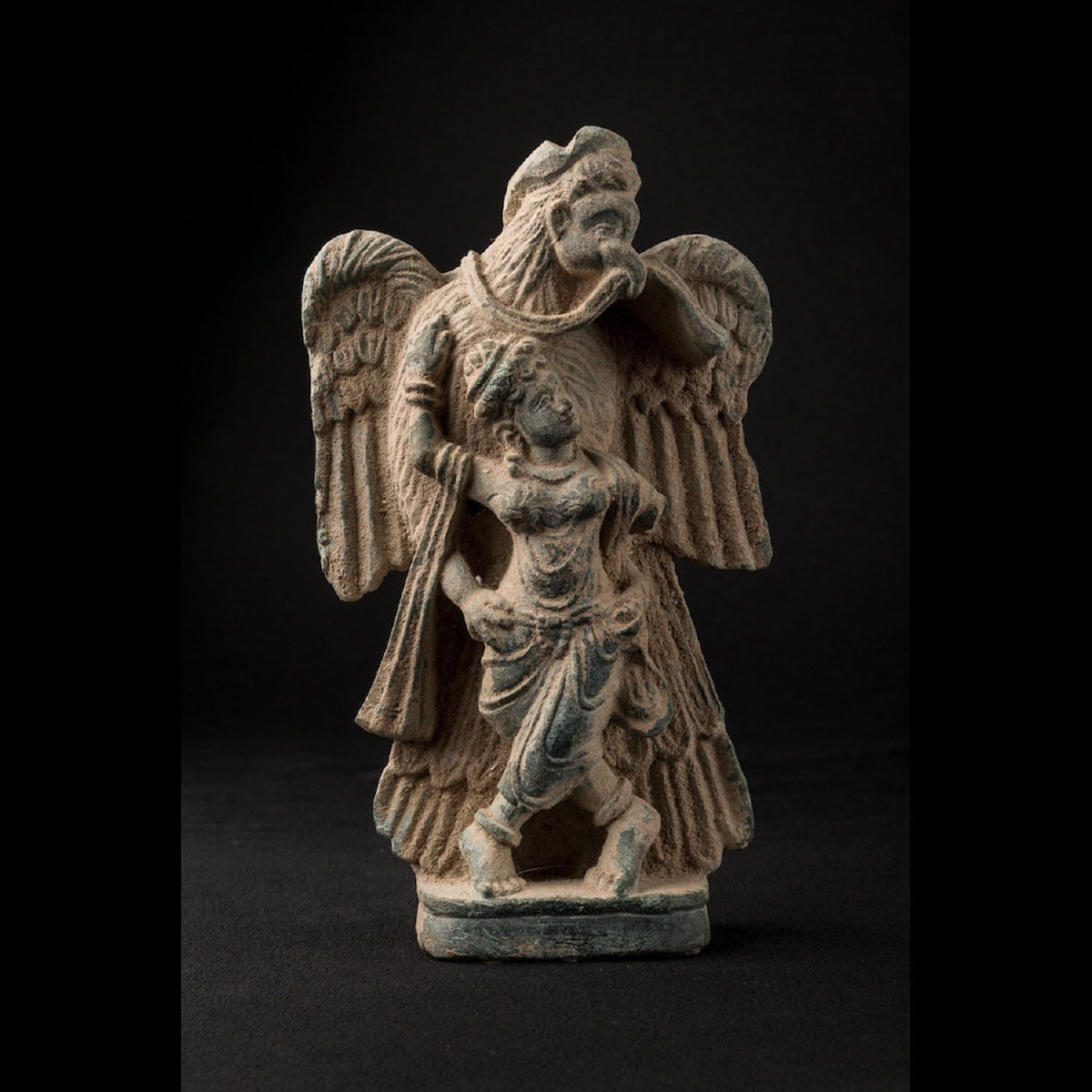 Grey schist sculpture of Garuda, represented half man-half bird, with a Nagî. Garuda is standing with wings spread, the strong body covered in long, incised plumes. His face is that of a man but with the hooked beak of an eagle. With his stature, he dominates a Nagî that he holds in his talons, placing his hands on the goddess' hips. The graceful pose of the woman, in contradiction with the intense moment in which she finds herself, is due to an intrusion of Indian tastes, just like her voluptuous figure. Missing bits on the left part of the statue, but of excellent quality and very well preserved. An extremely similar representation is exhibited at the National Gallery of Australia, under number NGA 78.1032- refer to the link below

The art of Gandhâra is usually made either of grey schist or of stucco. This schist is crumbly but hard, and quite difficult to work with, and the artworks this fine from Pakistan and Afghanistan are rare. Garuda is a half-man half-bird god who belongs to the Buddhist pantheon as much as to the Hindu one. Here he is seen standing, his wings spread, his strong body covered in long engraved feather. His face is that of a man, but the hooked beak is that of an eagle. With his height, he dominates the nâgî, holding her firmly between his talons to carry her off. The gracious pose of the goddess, in contradiction with the intense experience she is undergoing, shows Indian taste, as confirmed by her voluptuous figure and by the details of her dress. In Hindu mythology, Garuda is a mythical bird, the age-old enemy of the nâga who were represented as serpents. The nâgî is also a serpent with the bust of a human which in its female form represents a water genie. Considered to be great poets, the nâgî were guarding the treasures of the earth. Their natural enemy has always been Garuda, nâga being the serpent guardian protector, a kind of a mediator between the heavens and the earth. This statuette is simply delightful.