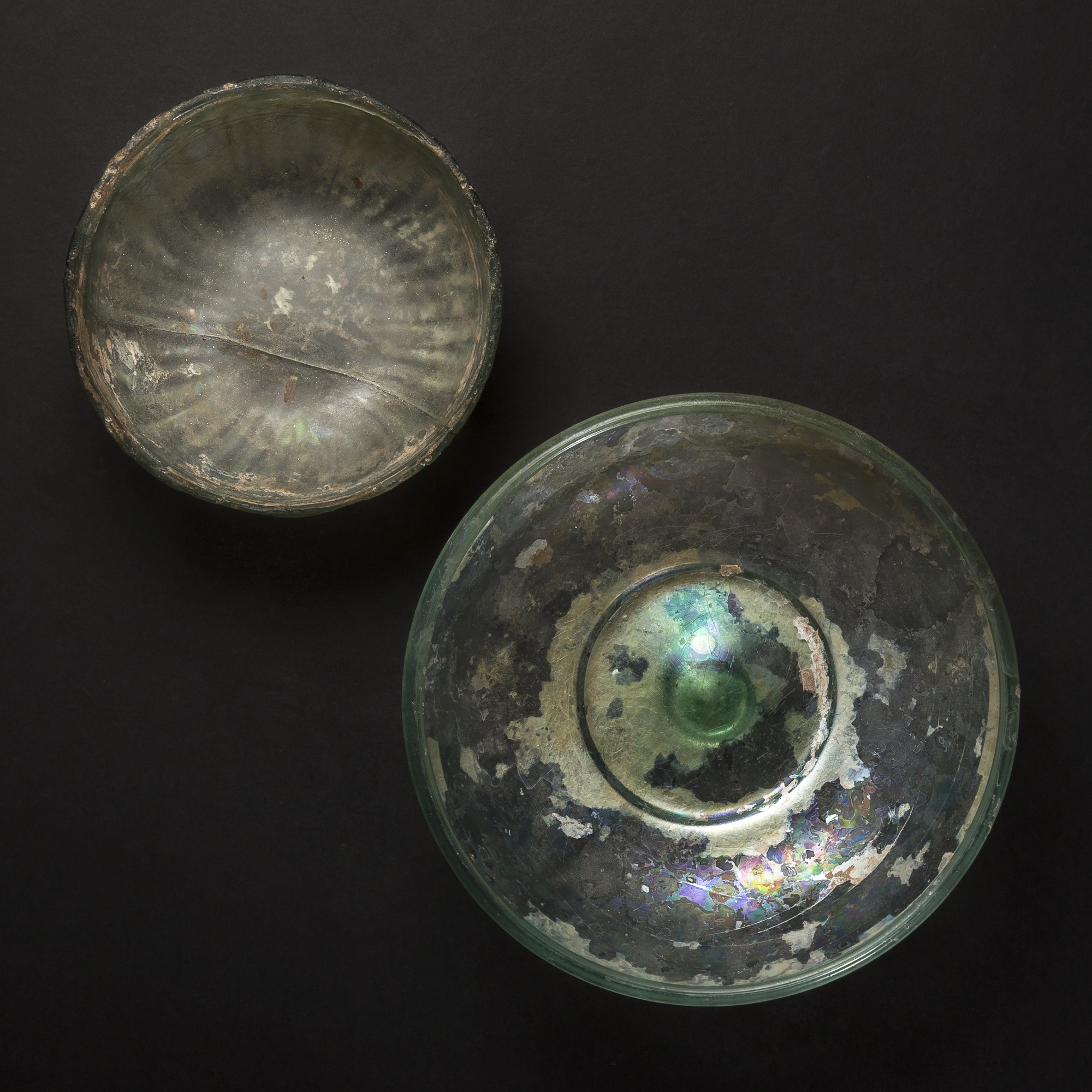 Chalice with a hemispherical body, adorned with gadroons. The bottom is flat and two concentric circles are engraved on the inner wall. Light green glass. In order to make glass, it is necessary to mix several materials, including silica, which constitutes the vitrifying element of the mixture. It is found in the form of more or less pure sand, quartz or ground flint. It melts at 1710 ° and transforms into glass during the cooling process. To reduce its melting point, it is necessary to add a flux: soda or potash. Some restorations.

This form of chalice mimics that of the Greek phiale in metal, a chalice without a foot or handle, that was used for worship. It appeared amongst the Romans, first in glass than in ceramic. Ribbed bowls were used for drinking wine or for libations. Pliny the Elder (Naturalis Historica, Year 77) described how, by the chance of the whims of fire, Phoenician sailors discovered on a beach in the Mediterranean that blocks of soda heated on sand could become vitrified. The first glass objects seem to have been Egyptian pearls dating back to 2500 BC. The blowing of glass was invented by the Babylonians circa 250 BC and the art saw little evolution until the eighteenth century.