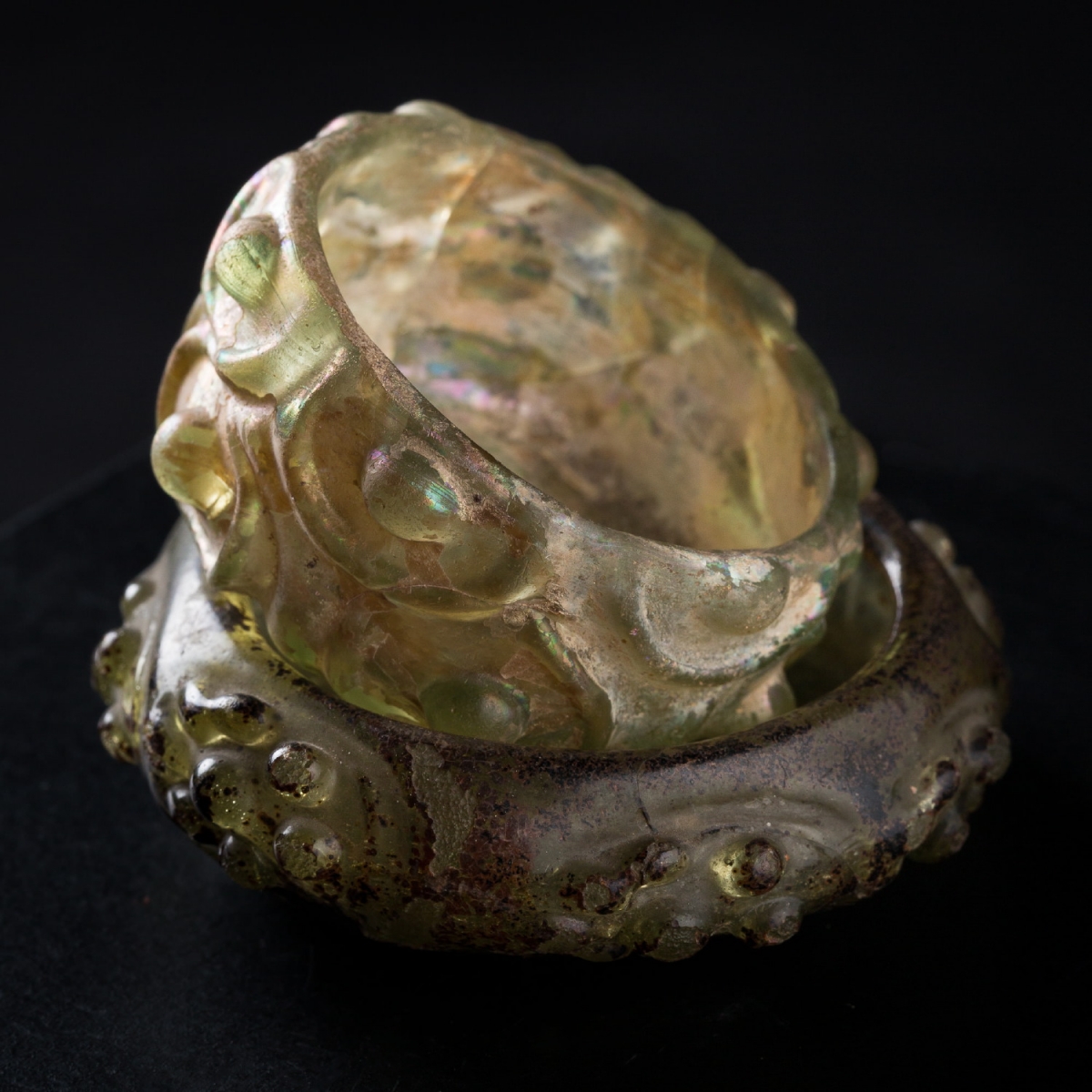 Cup of slightly yellow glass decorated with reliefs forming a rosette of points. Black marks from use. The piece was blown in a mould.

The technique of glassblowing was discovered in the 1st century BC in Sidon, in Phoenicia. The practice of blowing into a mould was invented in Northern Italy in the 1st century AD. With the fall of the Roman Empire, the glassmakers of the eastern Mediterranean further developed techniques, thus making the Middle East the premier producer of deluxe glass up until the 15th century. The raw materials came for the most part from the region of the Belus (Syria, Lebanon) or Egypt.