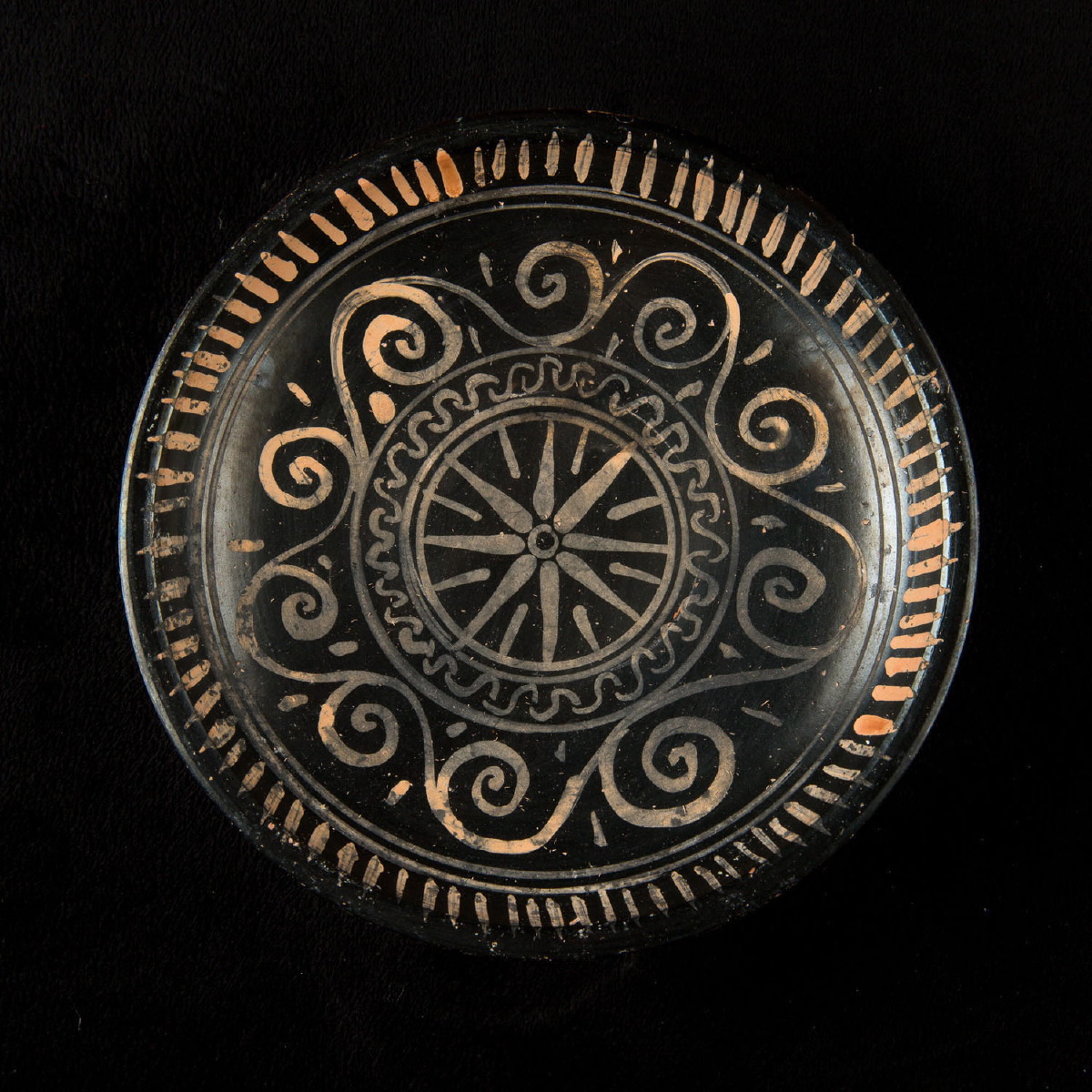 Orangey coloured clay covered in a glossy black varnish with metallic reflections and painted with orangey beige motifs. Slightly concave and saucer-like in shape, resting on a small piedouche. The lining of the plate is comprised of three circular registers with ornamental motifs including : a series of parallel lines on the rim followed by swirls and then rows of waves and ending with a stylized rosette at its center. Excellent condition and very good preservation of the paint.

Apulia - Magna Graecia, an Ancient Greek colony located in southern Italy of which Gnatia was one of the cities (modern day Egnatia). The birth of Apulian pottery dates back to the last decade of the 5th century B.C. While remaining true to their attic heritage, the Apulian people soon developed their own iconographic language whose quality rivalled that of Athens. The pictorial technique, called Gnatia, of applying colour directly onto black lacquer was invented in Taranto in the studio of the paint lliupersis between 370-360 B.C. and was then exported throughout Apulia. The ‘Gnathian’ style was so named due to the abundance of this type of dish found there.