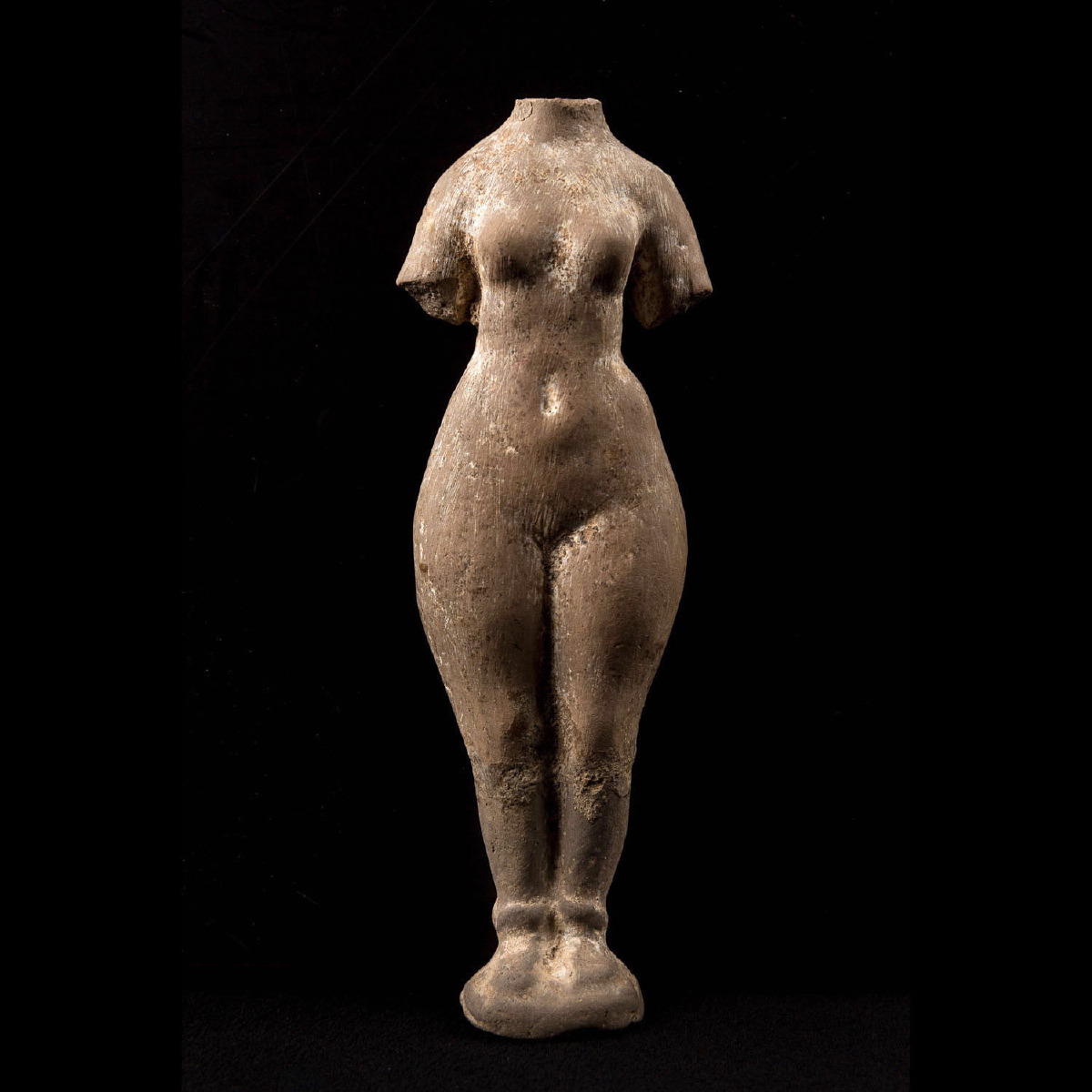 Acephalous body of a mother goddess in dark beige terracotta. Moulded with a flat backside. Bust showing a very thin waist with voluptuous steatopygia hips and joined legs. The use of a hollow moulding for the obverse and often a simple shape for the reverse was introduced in the Levant and the Greek world in the 7th century BC.

Fine condition. Head and arms are missing. Some traces of a white slip.

From the Paleolithic era to the present day, the expression of the mother goddess is represented as a female goddess of fertility and fecundity, assimilated to the Earth. The region of Gandhara corresponds to present day northern Pakistan as well as the valleys of the rivers Swat and Kabul in Afghanistan. From the first to the third century AD, it was ruled by the Kushans, a tribe originally established on the right bank of the Oxus that took advantage of the decline of the Parthians to spread and develop.