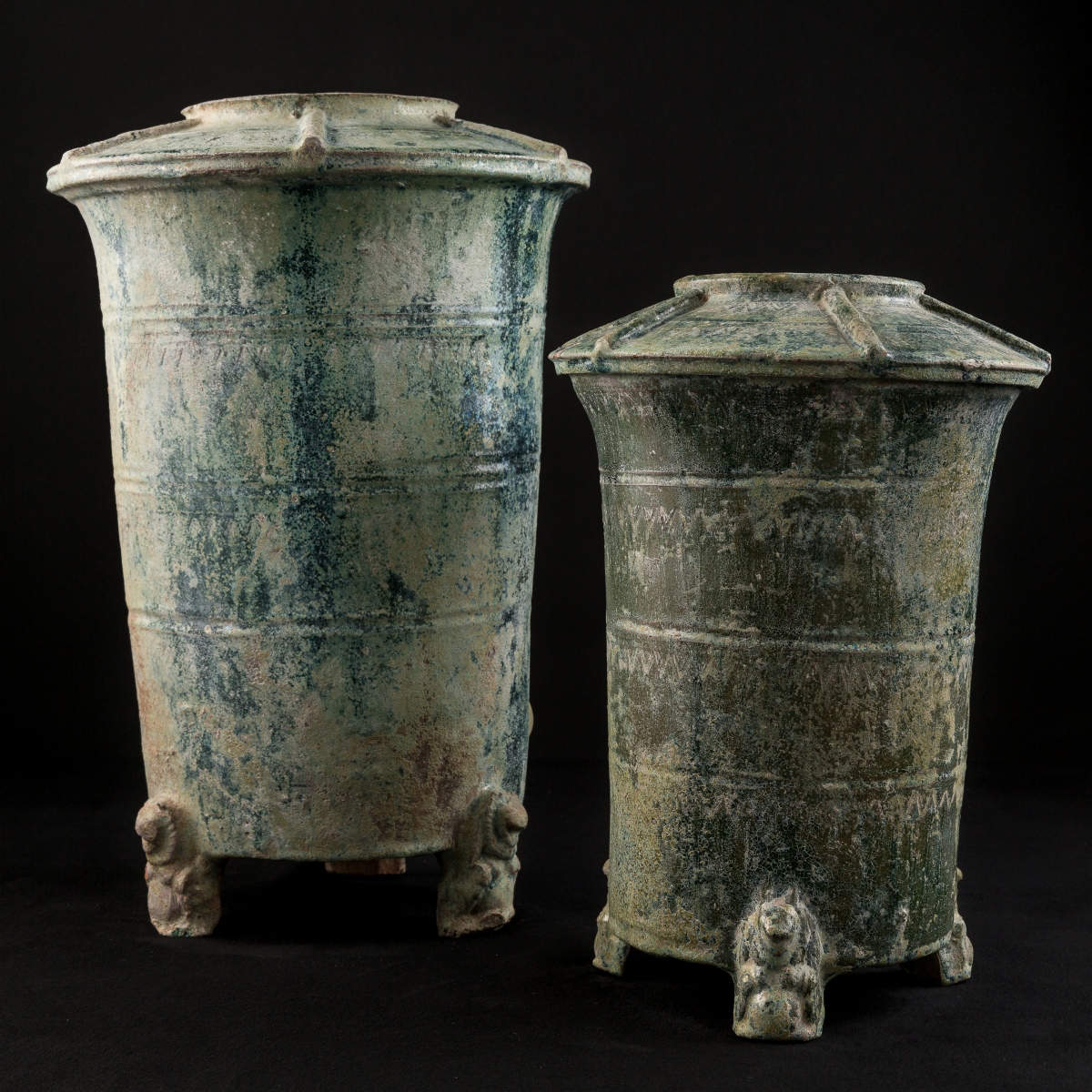 Three-legged grain vessel of which the legs represent bear cubs, as per the tradition of that era. Characteristic cylindrical shape with an upmost part consisting of a neck flaring below and flat above. Several incised lines on the body of the object. The neck finishes in a rim forming a small roll. The vase, covered in a thick lead glaze was originally dark green and it is traces of limestone that give it that exceptional silvery jade colour. Perfect state of preservation. Exceptional calcified patina.

The Han people, comprised at the time more than 50 million inhabitants, and occupied a large, very prosperous agricultural region. They cultivated rice, as opposed to the peoples, living to the north of the Yellow River, who cultivated millet. Starting in 140 BC, the emperor Wu of Han, seeking to combat the rise of the local aristocracies, launched the recruitment of civil servants and undertook big projects as the Great Wall of China. He put in place a state system of grain containers destined to prevent famines. These containers served as silos and it was not rare for a peasant to have several around his farm. This object belongs to the mingki tradition, reduced models of edifices, people or animals left in the tombs of nobles and big landowners in order to surrounded them with the familiar objects from their lives as they go to the great beyond.