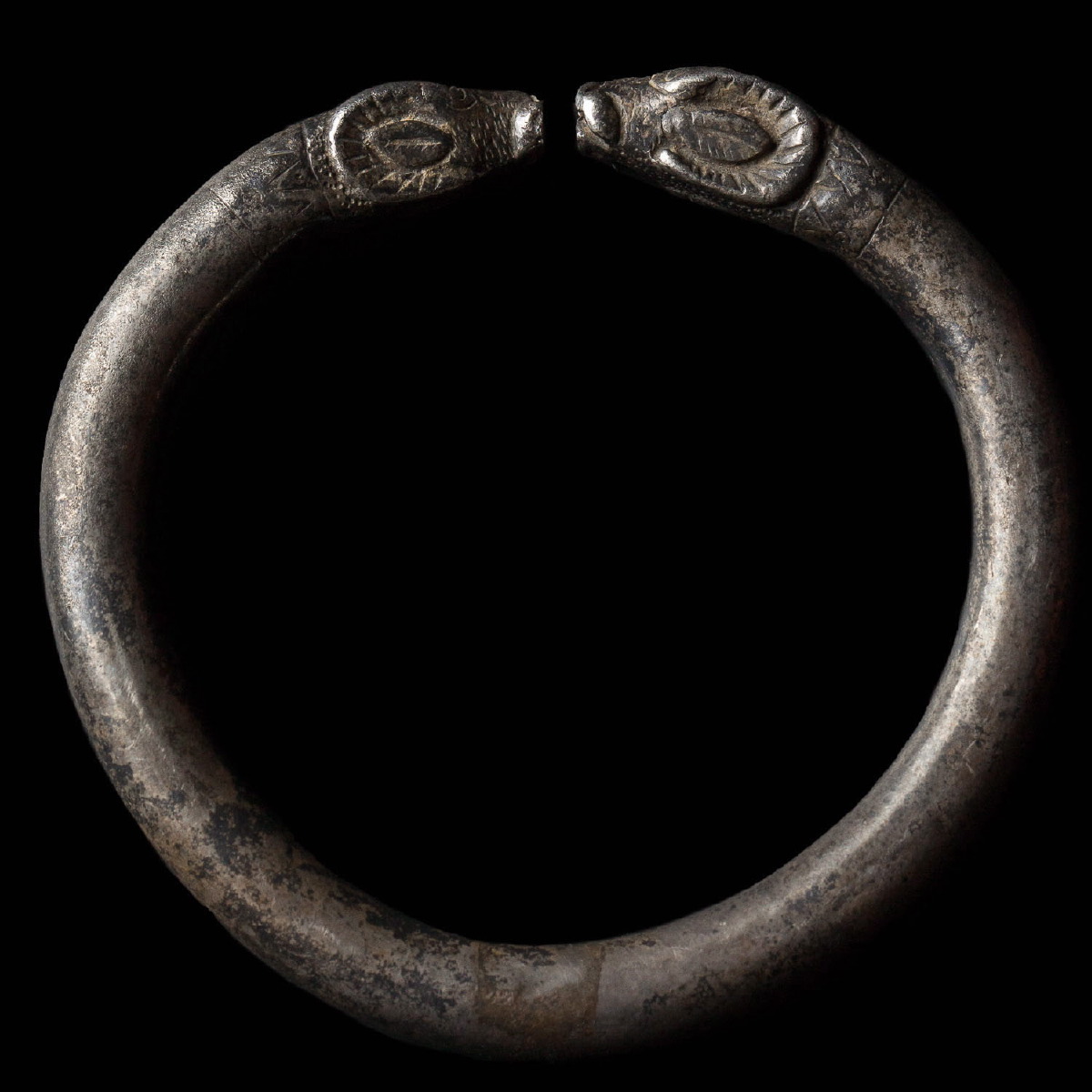 Open bracelet in solid silver of a tubular form decorated with two rams' heads facing each other. The silver bracelet was probably gold-plated in its original version. The jewellery is perfectly wearable and is not fragile. The dark, even patina due to age is very nice.

The ornamentation of jewellery with a ram comes from Archaic, very likely Homeric Greece, and from its founding myths. The ram is directly linked with the myth of the Golden Fleece. Chrysomallos is a winged ram with a golden fleece and horns. The ram is summoned by Hermes to save the children of Nephele, a thick cloud created by Zeus, condemned to a certain death by her husband's second wife. Only one of the two children survives, Phrixos, who, once arrived in Colchide (present-day Georgia), offered the ram in sacrifice to Zeus and gave the fleece to the king of his host country, Aeetes. It would be guarded by a dragon until Jason, with Medea's help, stole it. In the mountains of Georgia, the Svanes have a very old tradition of gold washing, using sheepskins that they soak in the riverbeds to collect the gold.