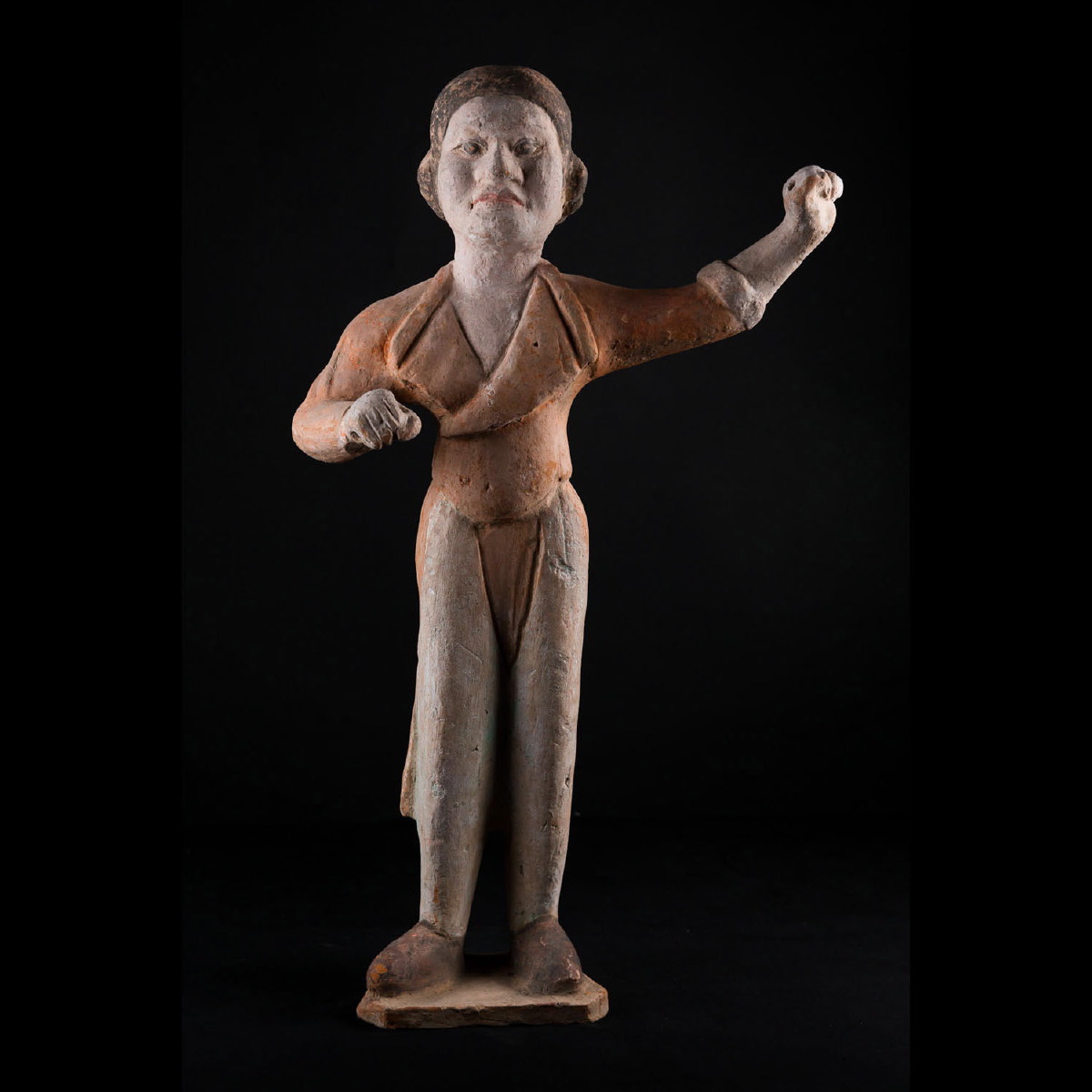 Foreign groom depicted standing upright with his left hand proudly raised. Ochre coloured moulded terracotta covered in a white slip with black and orange polychromic paint. The character shows the characteristic traits of Asiatic people originating from steppes of Northern China and Mongolia. The smooth hairstyle ends with a sort of braid contouring the back of the head until the nape of the neck. A large tunic with a wide collar falls in two large pieces over the trousers, depicting the classic clothing worn by grooms working in aristocratic homes. Excellent state of preservation. Possible ancient repairs. Very fine condition.

The Tang Dynasty saw the rediscovery and improvement of the commercial Silk Road. Exchange greatly increased, as did the contact between the merchants and traders coming from distant parts of the country, and it soon created a cosmopolitan community. The Western and Northern regions of Central Asia supplied then a large workforce. The Tang capital, Chang’an, modern day Xi’an, with its population of two million inhabitants, was considered as one of the largest cities in the world. Tang people appreciated much realism and they depicted it using mingki that permitted to represent the diversity of their origins. And thus the foreign groom is found in the most prestigious and tombs of aristocracy.