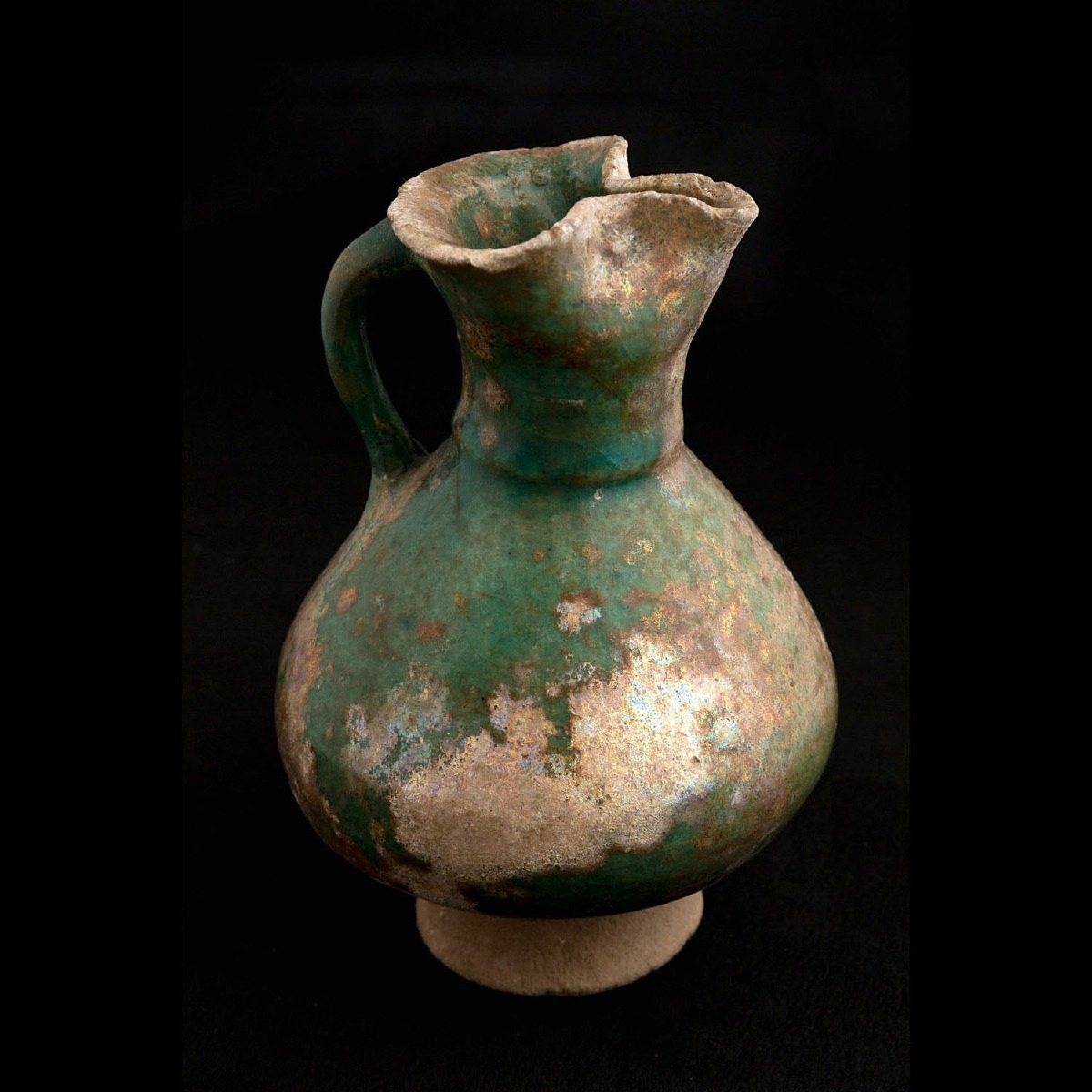 Small light beige ceramic ewer partially covered in a thick green glaze and spun manually. Potbellied, supported by an unvarnished base and with a tri-lobed spout and a handle connecting the neck to the shoulder. Pretty traces of calcification with visible silvery areas. The glaze of a well-recognizable green used the low-temperature firing technique and reveals the presence of copper oxide. This region is known for having rediscovered, around the 11th/12th century, pottery using siliceous clay composed of 80% clay and 20% sand and lime, which already existed in Antiquity in Egypt and Mesopotamia. Excellent state of preservation.

This vessel comes most probably from Hyrcanie (region of the wolves), today part of the Iranian province of Mazandaran. This once prosperous region suffered during the Turkmen invasions. This object is a perfect example of medieval Islamic pottery of which the turquoise colour is symbolic. It is thought that this colour, very much in fashion, sought to imitate Chinese porcelain.