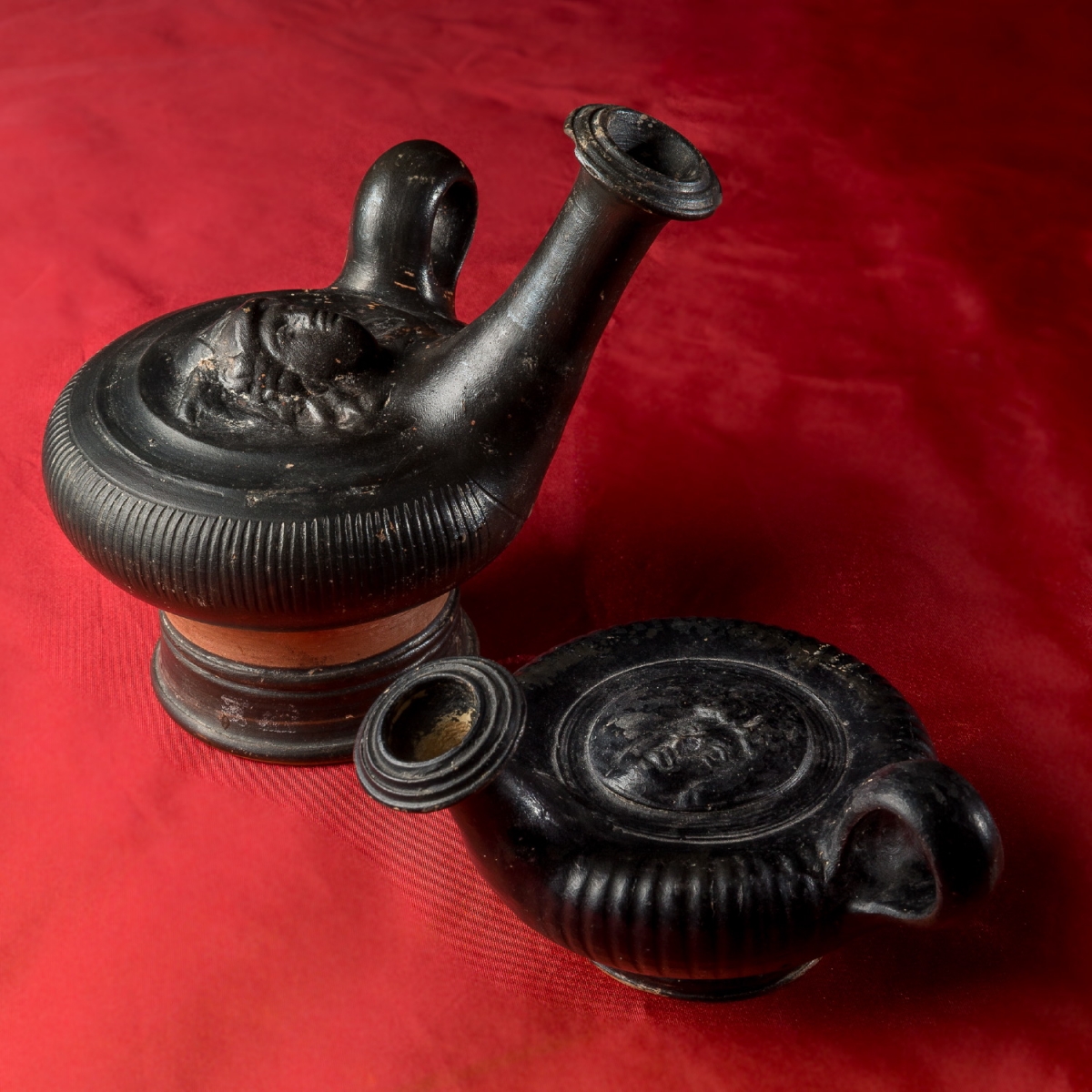 Guttus of a Calene style. In an orangey terracotta that has been varnished black, decorated with a portrait of a helmeted Athena, a medallion in its centre is moulded in relief. The rounded body is gadrooned, resting on a wide foot. It is equipped with a handle on its top section and a very elongated spout.

Guttus (plural Gutti, from gutta: the drop in Latin) are referred to as a family of vessels belonging to the ceramic art of the Greeks. They generally originate from the Greek colonies of southern Italy, where an important production developed between the 5th and 3rd centuries BC. Their exact function remains unknown: perhaps used either to fill oil lamps or in baths to spread perfumed oils on the body. These vases have characteristic long Narrow neck which allowed for liquid to be poured drop by drop, “guttatim” in Latin. Good state of preservation, small gaps on the lip of the spout, likely to have undergone old restorations.