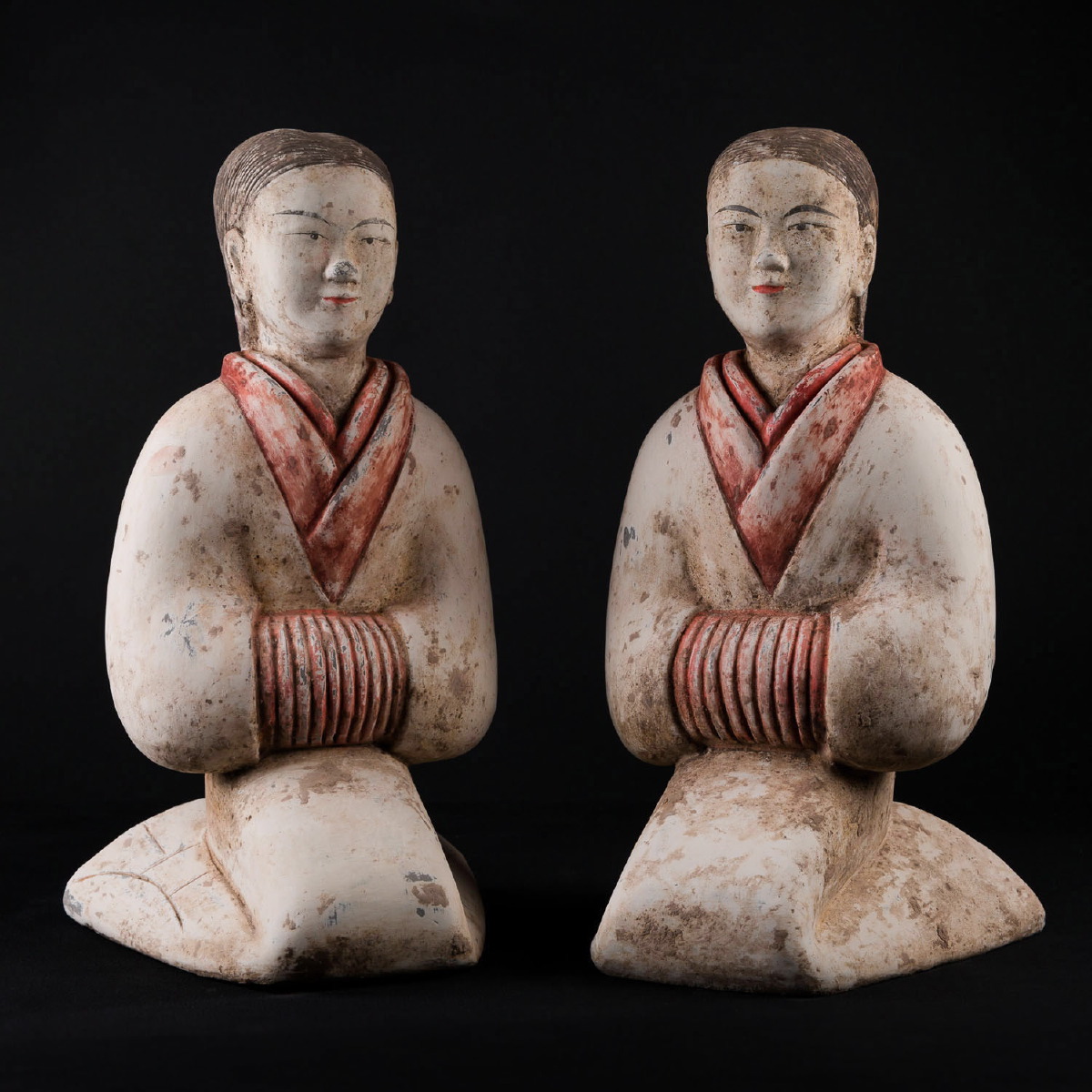 Pair of kneeling dancers moulded in very dark grey terracotta. They are depicted dressed in long wraparound robes, the hands joined beneath the long sleeves. The terracotta was covered with a white slip and red and black painted details for the hair. Very pure movement of repose. Long two-collared kimono, knotted at the waist, of a thick fabric that at the time was often made of homespun wool or linen. The very wide sleeves end in accordion pleats that entirely hide the hands. Flat heads with the hair gathered and tied in back as was typical at the time. The faces' features are finely drawn with a brush. Excellent state of preservation. Some possible repair. Very fine condition.

Dance had a strong symbolic dimension in ancient China. It was used to commemorate diverse events such as military victories, mourning and weddings. Under the Han Dynasty, it was practiced either by men or by women to correspond to Confucian teaching, which did not permit contact between men and women in public. Rhythms and movements of the bodies evoke the cycles of life. The arms in long sleeves draw ellipses and circles imitating the perpetual movements of life. Each pause had to be considered a new beginning.