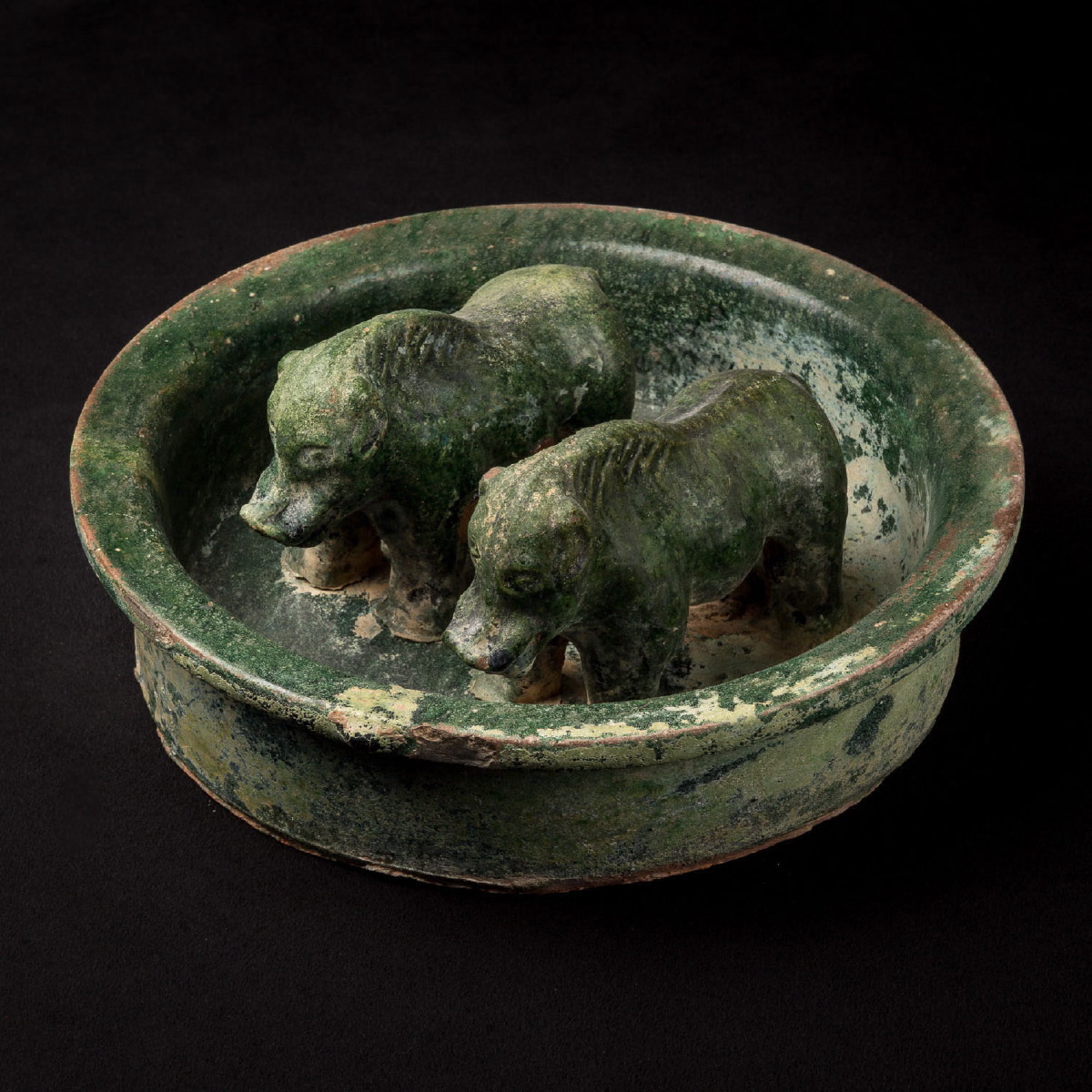 Small terracotta bowl covered in a green glaze, with a 4 cm border that is topped with a flared lip. The bowl contains two small boar, sculpted beside one another. The glaze is achieved by mixing lead tainted elements with copper oxide. Good general state of preservation.

Since ancient times in China, the pig is considered as a symbol of opulence. The Chinese were fascinated by the power and fertility of wild pigs or boars. Since then the pig has naturally come to be considered as a symbol of wealth, abundance and luck. This bowl was a ritual object that accompanied mingki to facilitate the passage of one’s soul to the afterlife. The pig is one of the signs of Chinese astrology, those of this sign are considered gentle, peaceful, tolerant and lucky beings.