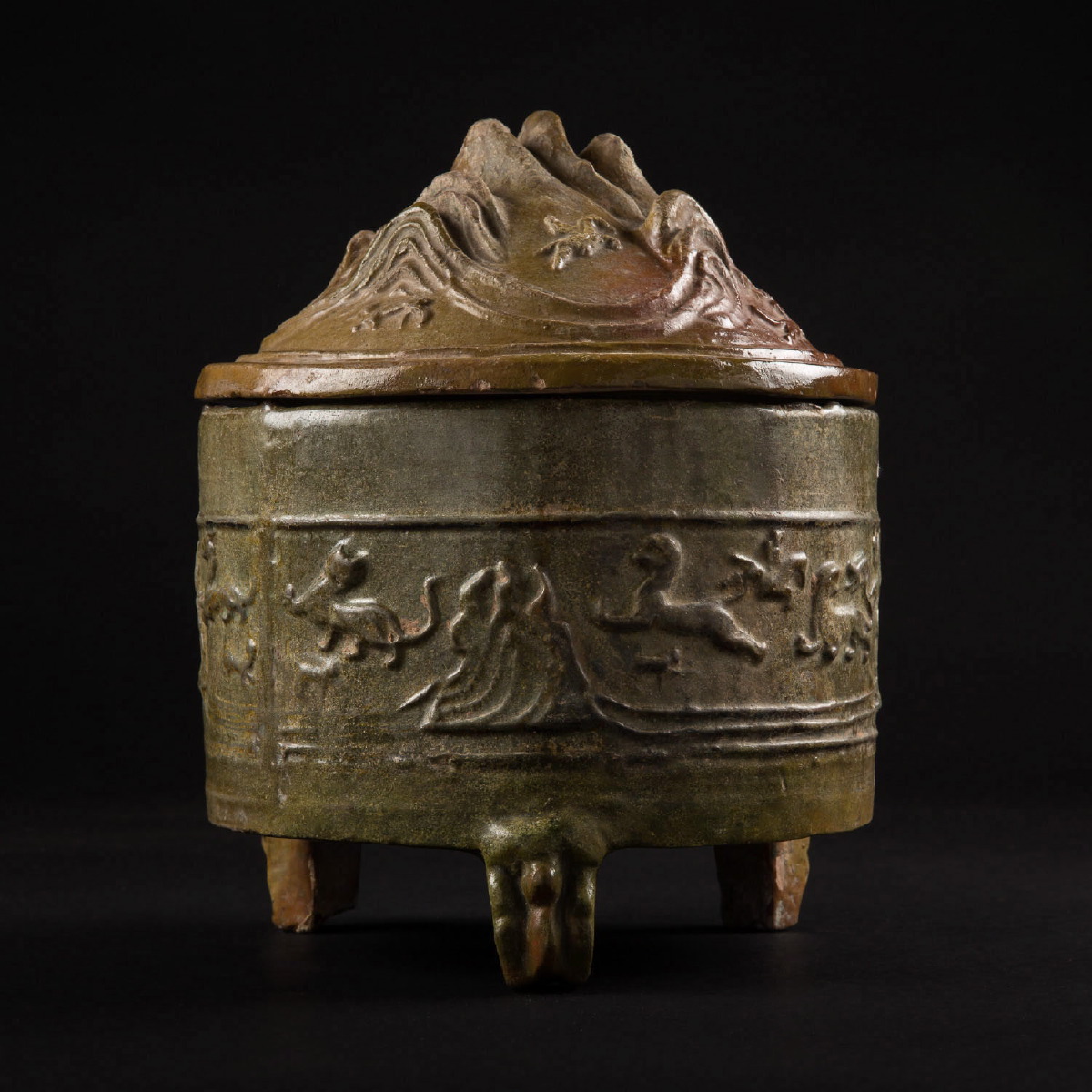 Tripod vase in red terracotta fabricated in two parts with a lid and painted green and brown. Earth from excavation remains on the inside of the lid. Animal motifs in relief decorate the body including; dogs, horses with their riders, frog, wild boar and hare. The lid is decorated in relief with a sacred mountain and the three feet of the tripod represent bear paws. Good state of preservation, ancient restoration on one of the three feet.

Bo shan means «tripod vase» and those with this specific shape were boxes in which make-up was placed. During Antiquity, Chinese artists liked to represent animals with a symbolism that would refer to many myths and legends. Here a frieze shows many of them: dogs, horses with their horseman, frogs, wild pigs and hares are dancing joyfully one behind the other. It is probably a hunting scene as warriors would practice hunting as a training for war. The cover is decorated with a motif that represents the sacred mount, and the three feet are in the shape of bear paws. The tripod vase first appeared in China at the end of the Shan period, towards 1000 BC. This one has an excellent plumbiferous coat.