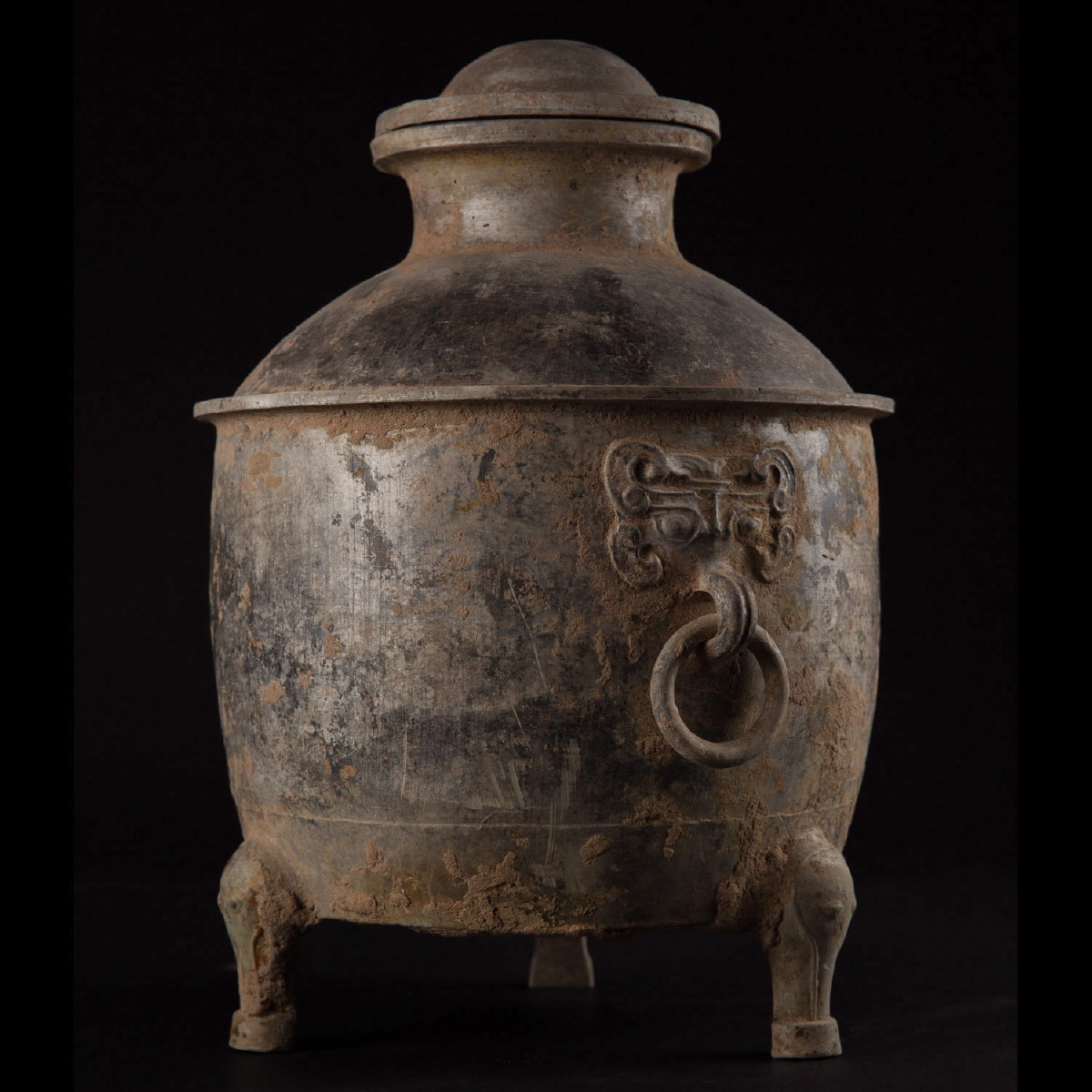 Vase in fine-grained beige and dark brown terracotta, complete with lid. On each side a Taotie completed with a decorative ring, is embedded on the vase’s body, which rests on three feet representing bear cubs, a characteristic Han emblem.

The tripod vase first appeared in China at the end of the Shan period, towards 1000 BC. Originally made of bronze, its three feet held the utensil away from the fire, at the right distance for cooking meat. The Taotie is a specific ornament used to decorate ritual dishes as it was thought to keep evil spirits at bay. In fact, we still don’t know whether it is a religious symbol, a clan emblem, or a fantastical creature linking man to the spirit world. In any case, the Taotie definitely represented mystery and beauty.