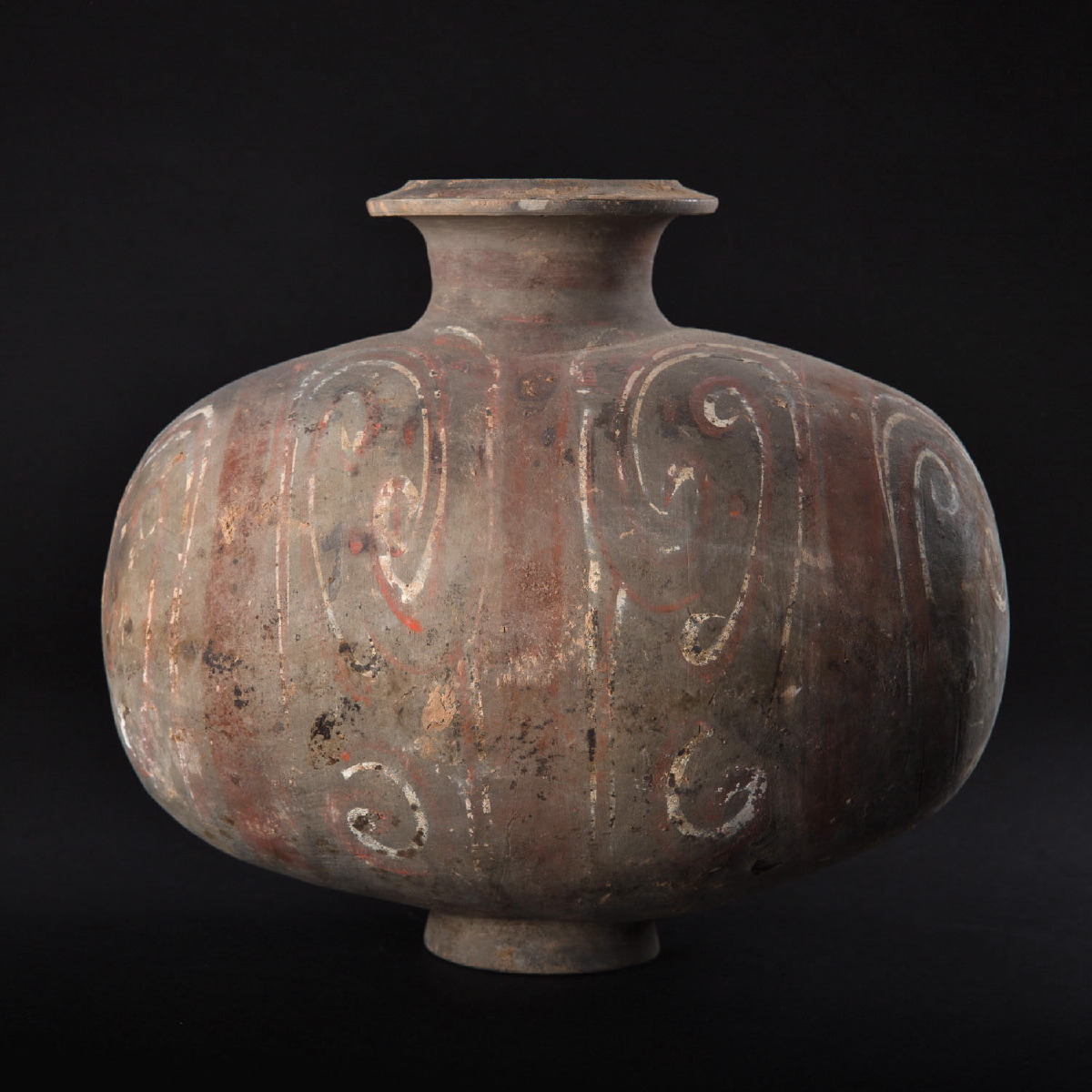 This shape of terracotta vase, moulded into a form known as ‘cocoon’, reminiscent of the cocoons of silkworms and resting on a foot dates back to the warrior states period. Magnificent mastery shown in the interlacing clouds designed with swirling design and diagonal motifs on the body, delimited by coloured vertical lines that envelope the vase. A perfect state of preservation. Excellent and original polychromatic details.

This classic ornamental register is a magical reference to immortals. The shimmering colours given to the clouds evoke the heavenly realm crossed by the moving breath of the Han soul. The flat colourful motifs crimped with white recall of the silver and gold designs found on bronze vases, part of ritual dishes.

This handsome jar would have served as a mortuary object (mingqi), placed in a tomb as a substitute for the more valuable bronze and lacquer vessels used in daily life. Along with a variety of other funerary earthenware objects, attendant figures, and animals, richly decorated vessels of this kind were intended to serve the spirit of the deceased in the afterlife. The silk industry, dating back to the third millennium B.C., was a principal source of wealth for the Chinese economy during the Han dynasty. The distinctive, plump ovoid form of this jar imitates the silkworm’s cocoon. The drifting cloud-scroll (yunwen) motif, which flanks a central vertical panel of diamond-shaped lozenges, is evocative of the celestial realms of a Taoist immortal paradise. During the reign of the Han emperor Wudi (140–87 B.C.), fascination with the idea of the celestial journey and the Taoist search for immortality reached a climax and gave tangible definition to the ethereal decoration of painted earthenware vessels such as this.