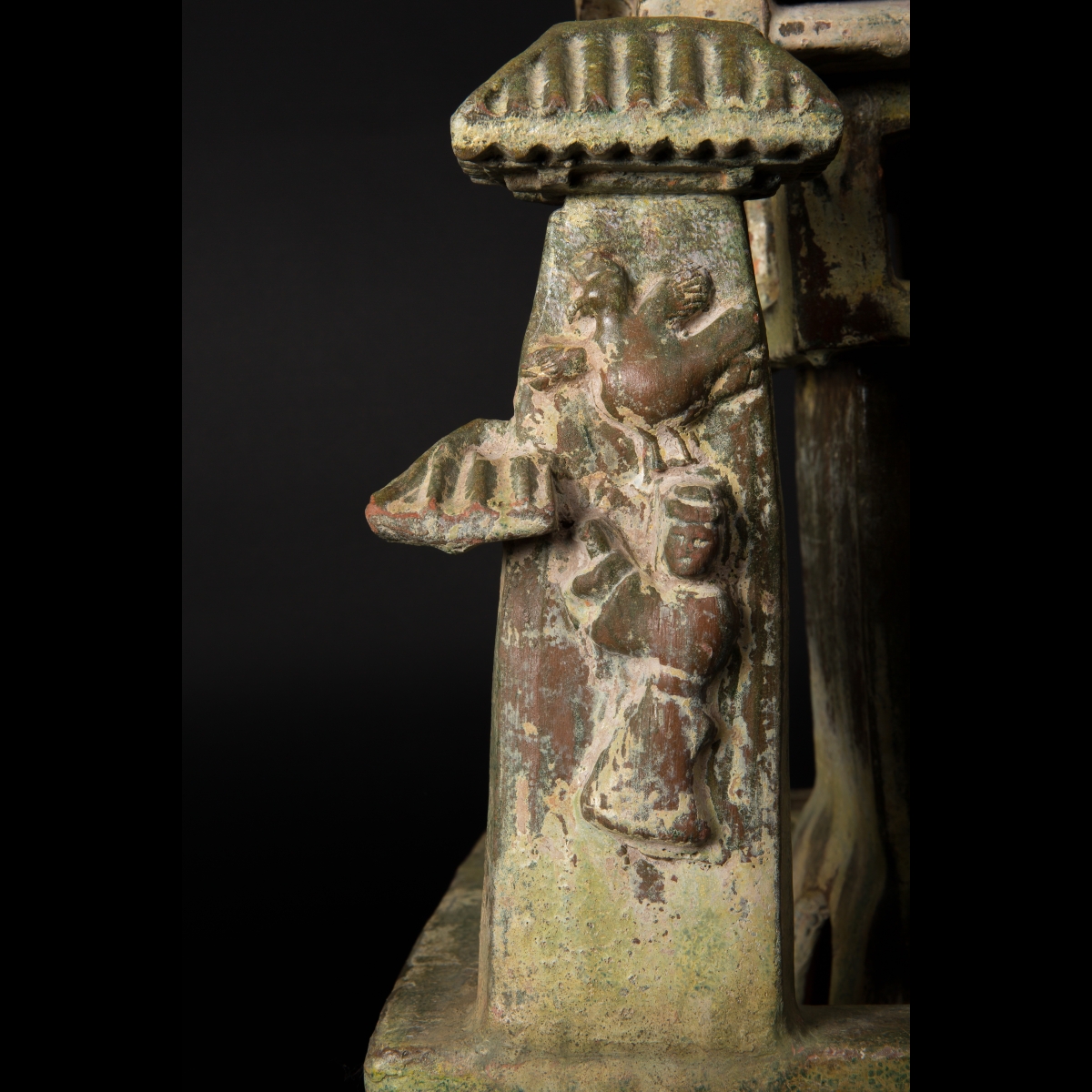 An outstanding model of ritual architecture built in terra cotta and covered with a glaze containing lead and copper oxide to create this typical green colour. Its time in the burial site has slightly changed the varnish, giving it a silvery iridescent look. The base is composed of a circular basin with a flat rim, showing a symbolical aquatic bestiary of ducks, turtles, crabs and frogs. The superstructure is made of three different elements assembled freely and piled up vertically. Different characters are represented, such as members of the nobility and archers. On the entrance door are two dancers in relief. Well preserved, some possible ancient restoration.

The arrival Of Confucius would change the Chinese way of life. They then decided to organize a funerary ritual during which all the objects of the everyday life would be placed around the deceased. They started building these architectural models that resemble the first models of funerary houses dating back to the Neolithic. It was under the Han that they really gained prestige. Han people were the first ones to be conscious that architecture would allow the Emperors to reinforce the recent unity of the country. Since central government was struggling to consolidate itself, aristocracy decided to build up large estates that will reinforce their power. Fiefdoms are formed by nobles seeking agricultural autonomy in the face of food shortages. The European-style fortified castle never existed in China. Houses remained as large farms, but the need to construct walls, moats, and towers held by armed men was felt. The full-scale versions of these towers were placed at strategic points of properties, by bridges, on hills, but were also mounted on carts and boats when they were taken to war. In fact, most of these towers were created from light, mobile wooden components, so that they could be dismantled and transported with ease. The square or round bases represent a basin or rather a moat, which were filled with water. A series of terraces at different level form parapets with balustrades, where archers would stay to defend their lords. These two structures of architecture are of an impressive size that is rarely seen, even in museums.