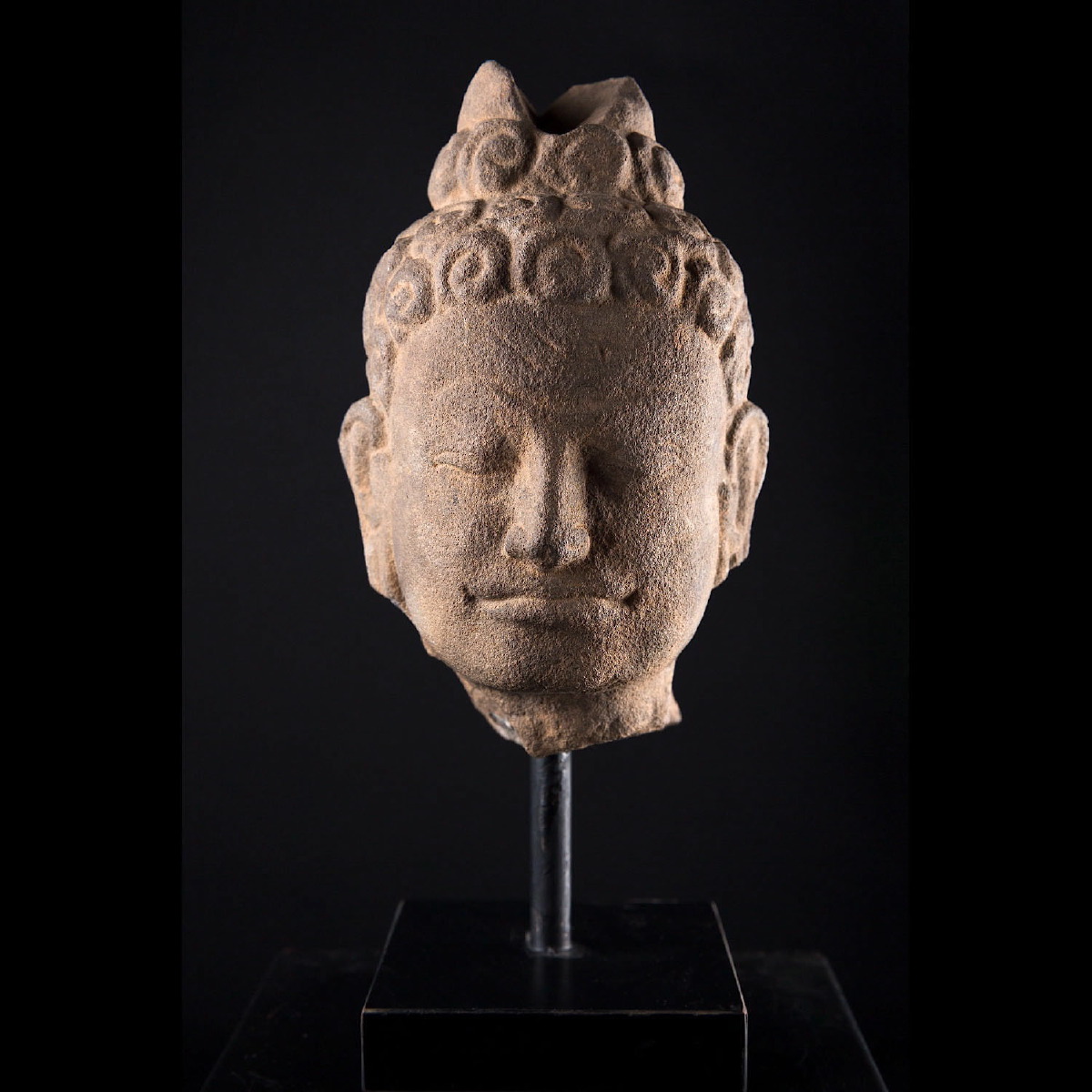 Head of a Buddha made in grey sandstone sculpted in the round. The face is of a quite rectangular shape surrounded with wavy hair. A single wave-shaped eyebrow accentuates the closed, almond-shaped eyes drawn by two fine incisions and also in the shape of a wave, as though echoing the eyebrows. The rather slender nose, in Thai style, has nostrils highlighted by an incised line. The well-defined lips are slightly raised in the beatific smile of the Enlightened One. The strands of hair are gathered in a spiral into a chignon on the top of his head, called the Ushnisha. Fine condition. Some fragments missing from the earlobes and the chignon.

The first great capital of the kingdom of Siam was Ayutthaya, until its destruction by the Burmese at the end of the 18th century. The capital was then moved to Bangkok. The Ayutthayan style created its own refinement, derived from the influence of Sukothai and from Khmer input. This head in stone is a beautiful example of these diverse stylistic origins.