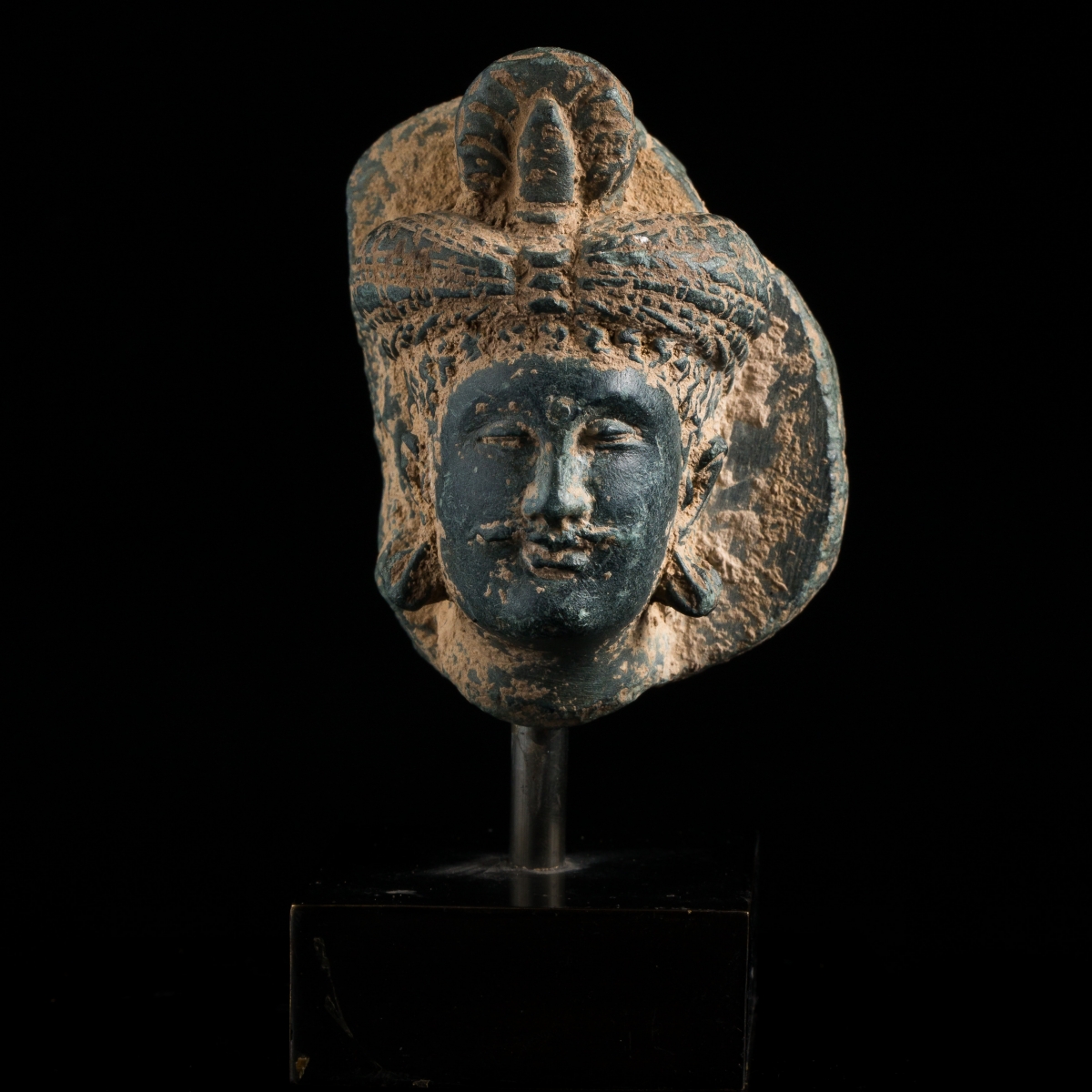 Head of a Bodhisattva in dark gray schist, sculpted in the round. The aristocratic, Western-type face is serene, with a long mustache and grand earrings. The hairstyle is composed of a skilful chignon that is surmounted by a tuft, which would have been adorned with jewels during that time.