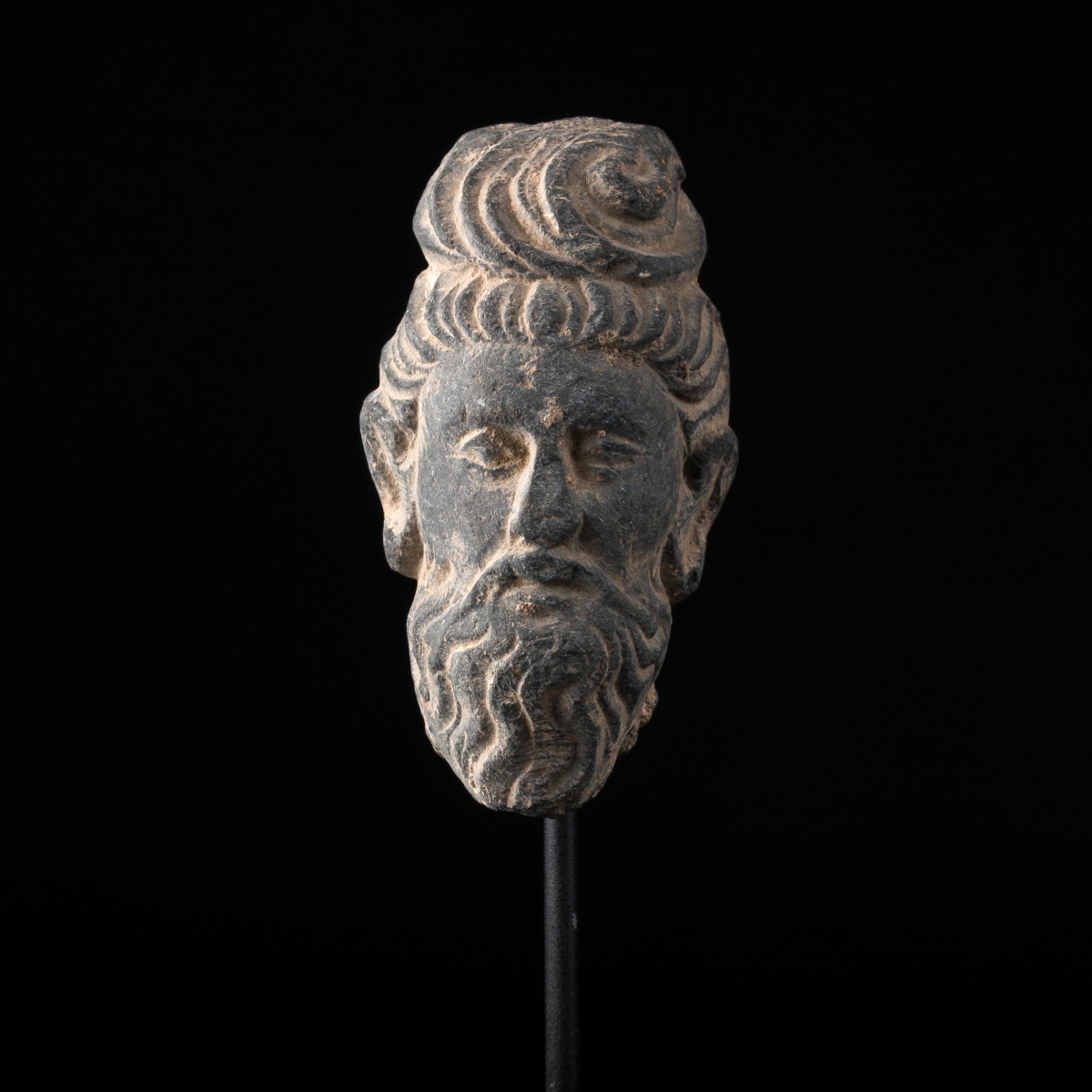 Head of a statuette in dark grey schist, native to the valleys that run along the rivers of Afghanistan and Pakistan. This face of a mature man bears Indo-European features. The hairstyle is of Greek inspiration, depicting nicely curled and orderly locks which are fastened high up into a bun placed atop the skull. The man also wears an imposing beard, a symbol characterising intellectuals. Excellent state of preservation. Signs of patina from excavation and erosion. Small scratches and imperfections.