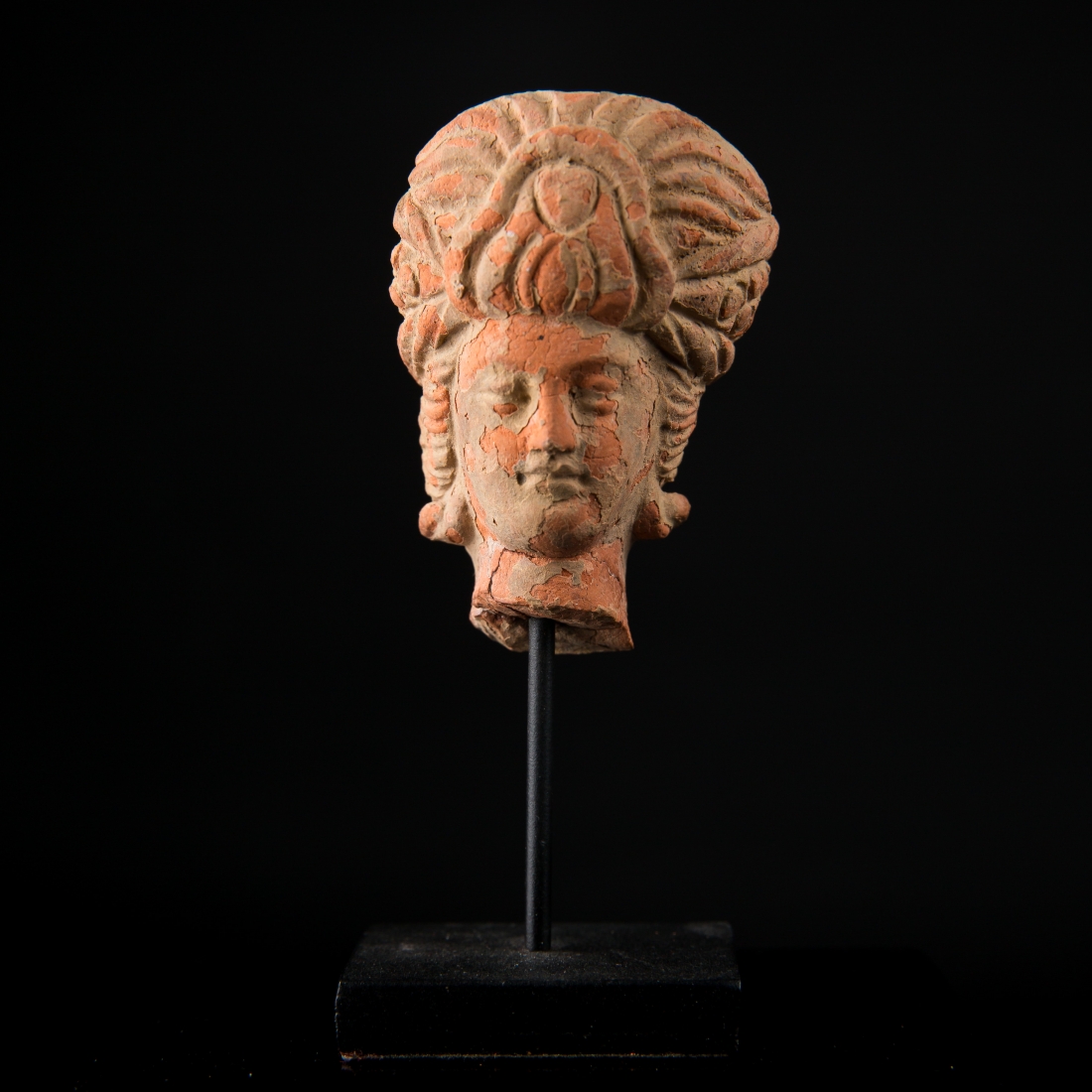 Statuette head of a princess in an orangey red terracotta. The face has Indo-European features. The hair is fashioned in a high chignon bun that is cleverly expressed with strands of intertwined hair, characteristic of the Greek style that was in vogue in the West. Good state of preservation. Signs of crusty patina from excavation. Small gaps and imperfections due to erosion.