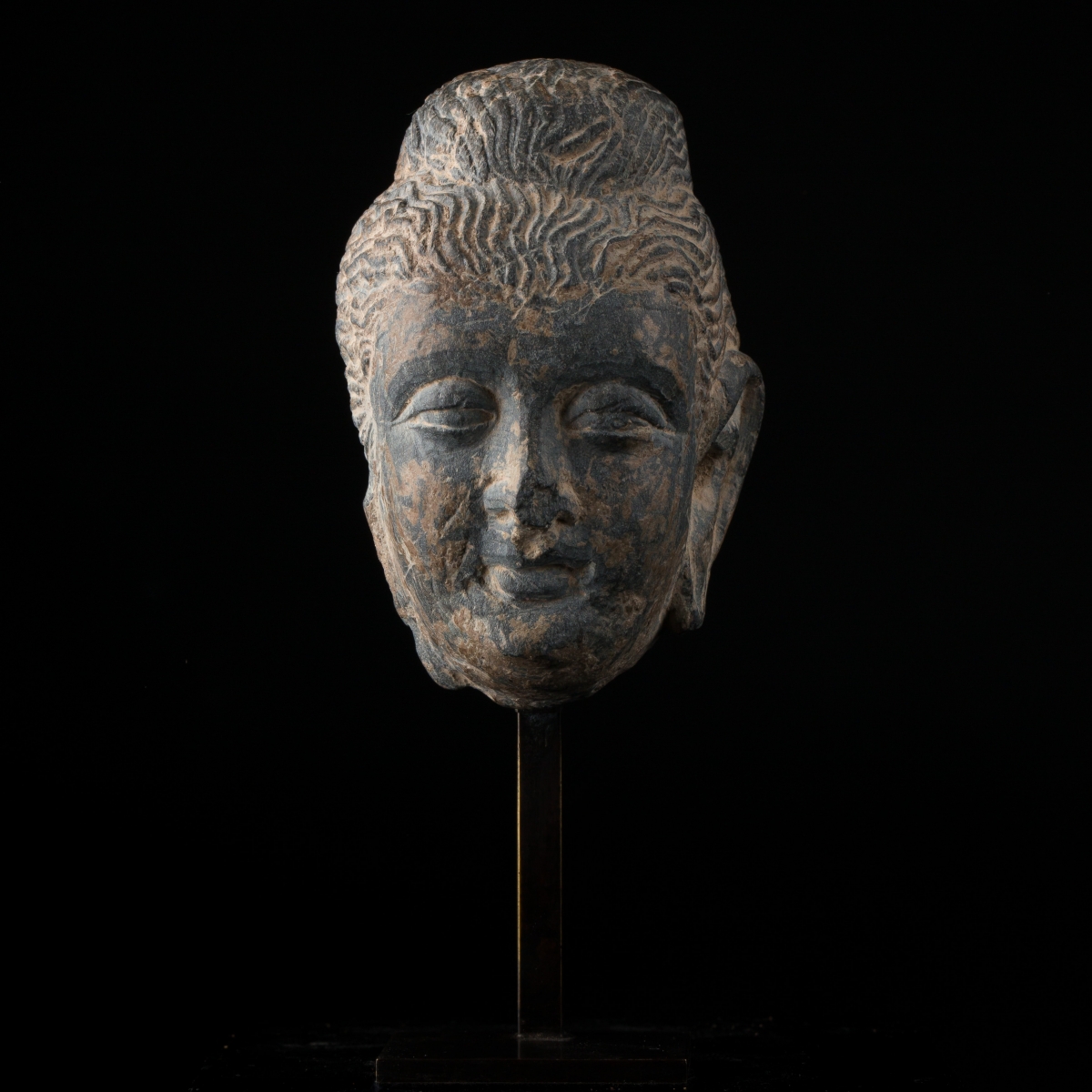 Head of Buddha in dark grey schist, sculpted in the round. This serene Buddha has typical Western facial features and wavy hair that is fastened in an Ushnisha atop the skull. The eyelids are half-closed and lowered as a sign of inner contemplation, the nose is aquiline and lips slightly smiling as a sign of serenity. The back of the sculpture is flat. This head must have been affixed on a low relief at a three-quarter angle, based on the detail of one ear and the hair. Excellent state of preservation. No visible restorations. Small scratches and signs of erosion