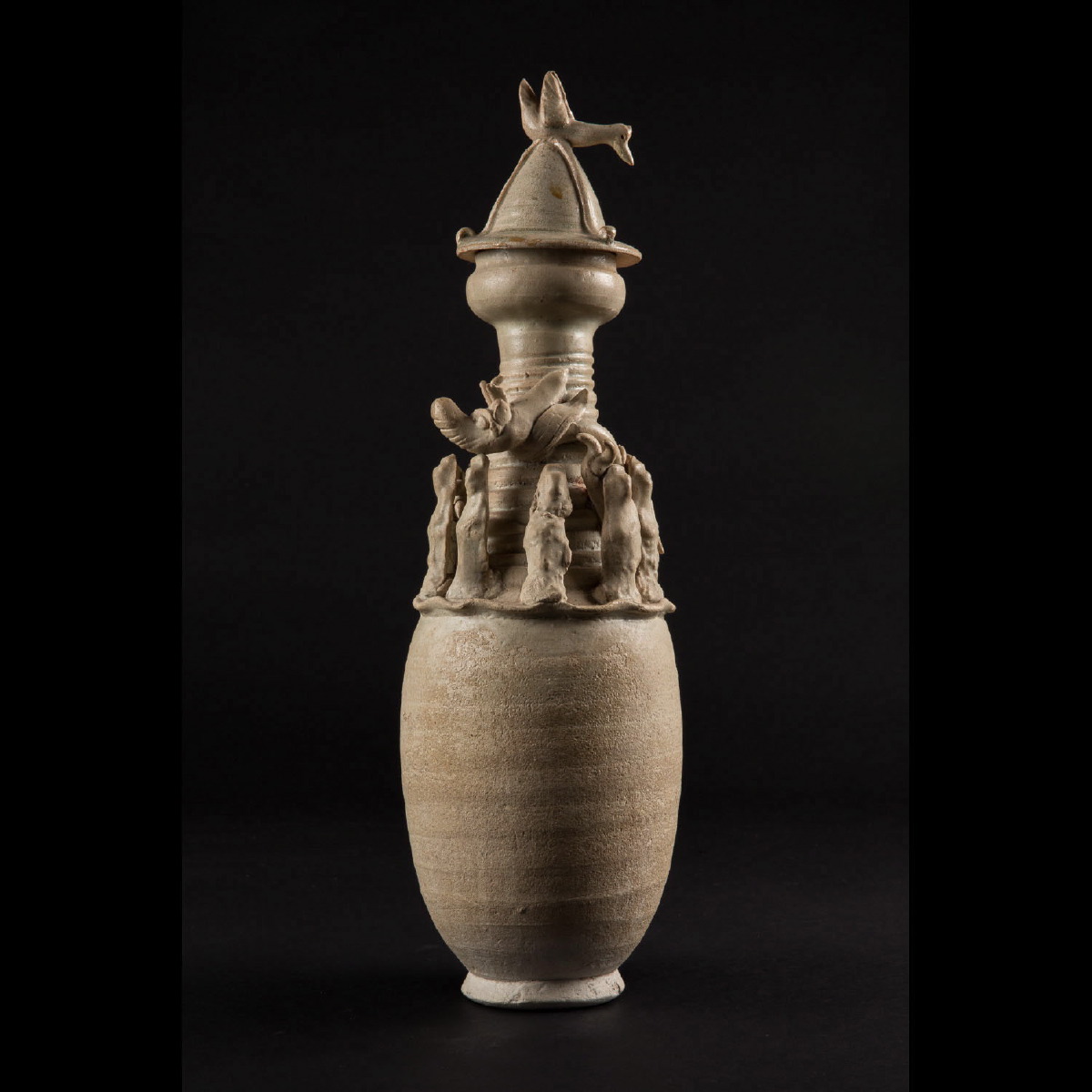 Ceramic urn covered in a slip of a willow green celadon. Egg-shaped body sitting on a small pedestal ending with a high neck covered by a lid. The celadons (qingci: “green porcelain”) have a feldspathic glaze containing petuntse (composed of mica and granite quartz), lime and potash. The translucent grey-green colour indicates the presence of iron oxide introduced during the firing. This technique that produces the jade colour was much liked in Asia.

Under the Song dynasty, this urn was used during funeral ceremonies. It would be filled with offerings that would go with the deceased into the afterlife. The iconography, in the Song tradition, represents 10 figures surmounted by a dragon looking for a pearl and a bird at the very top. The Song dynasty reign in China between 960 and 1279, a period during which it reunited the country for the first time since the fall of the Tang dynasty in 907. It is known for having greatly developed the cities, as much from an administrative as an economic point of view. Art and culture also saw a revival, becoming more refined and distinguishing above all in writing, painting and porcelain.