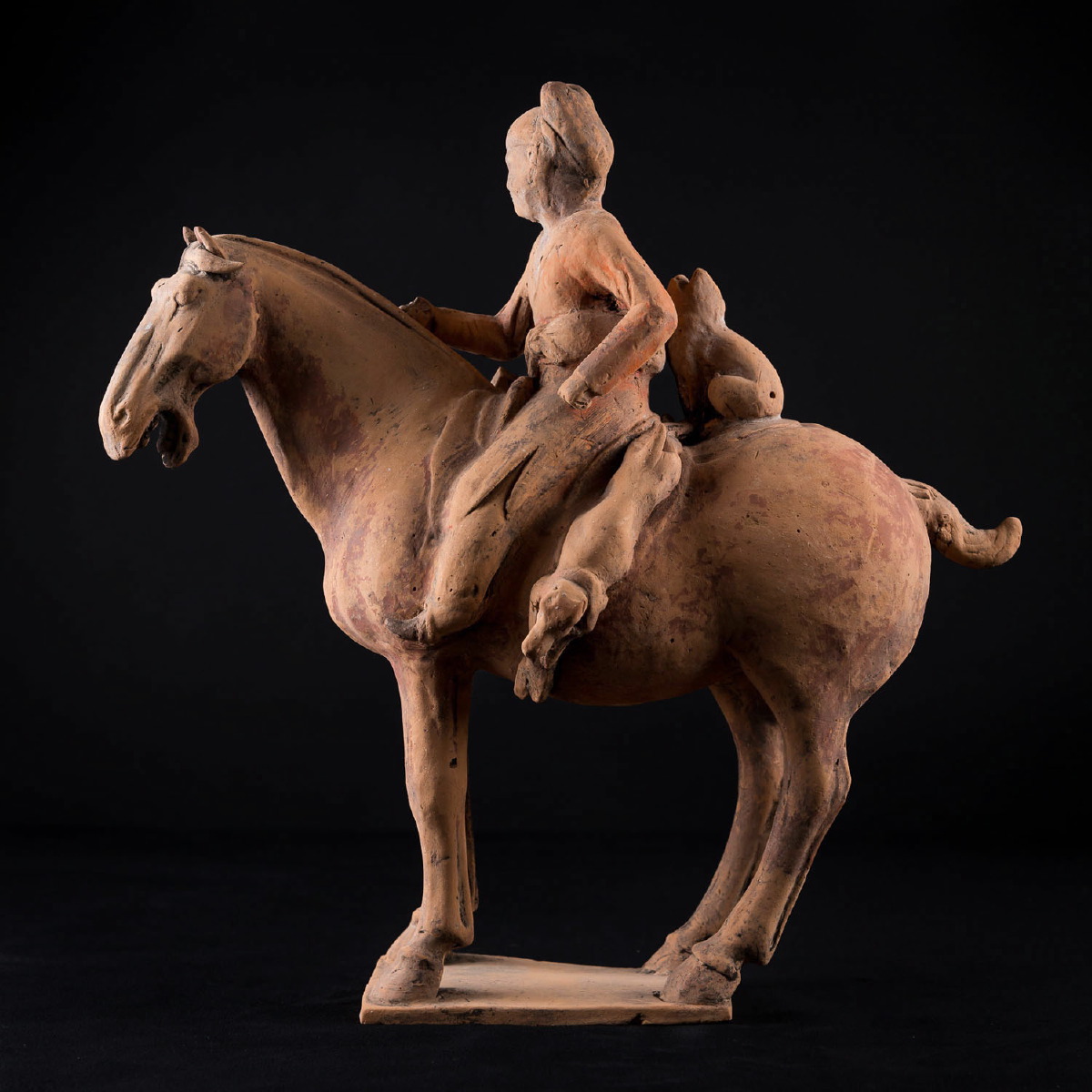 Hunter on horseback depicted with a lynx and a dog moulded in an orangey terra cotta with traces of orange colouring. The huntsman sits firmly in his saddle, his head turned slightly to the right. He is wearing a long tunic over pants. A thick piece of fabric is tied at his waist and holds the supplies. His hair is in a chignon held by a net, in Uyghur fashion. The lynx, positioned on the horse's back, looks behind it with a menacing air. The dog, which has just been killed, is hanging from the horse's left flank. The horse stands solidly on its four legs attached to a terrace. Good state of preservation. Some chips and cracks but overall fine condition.

Hunting was an honourable pastime among the upper classes of Tang society. In China, the use of felines for the sport goes back to the Han dynasty and was much in fashion under the Tangs. The trainers got their felines from Persia and India where this type of hunting was also practiced. Painted hunting scenes in the tombs of the princes Li Xian and Li Zhongrun represent felines, including the lynx, sitting on their master's saddle. Dogs, much liked for their delicate flesh, were used in the most refined dishes served to Chinese nobility.