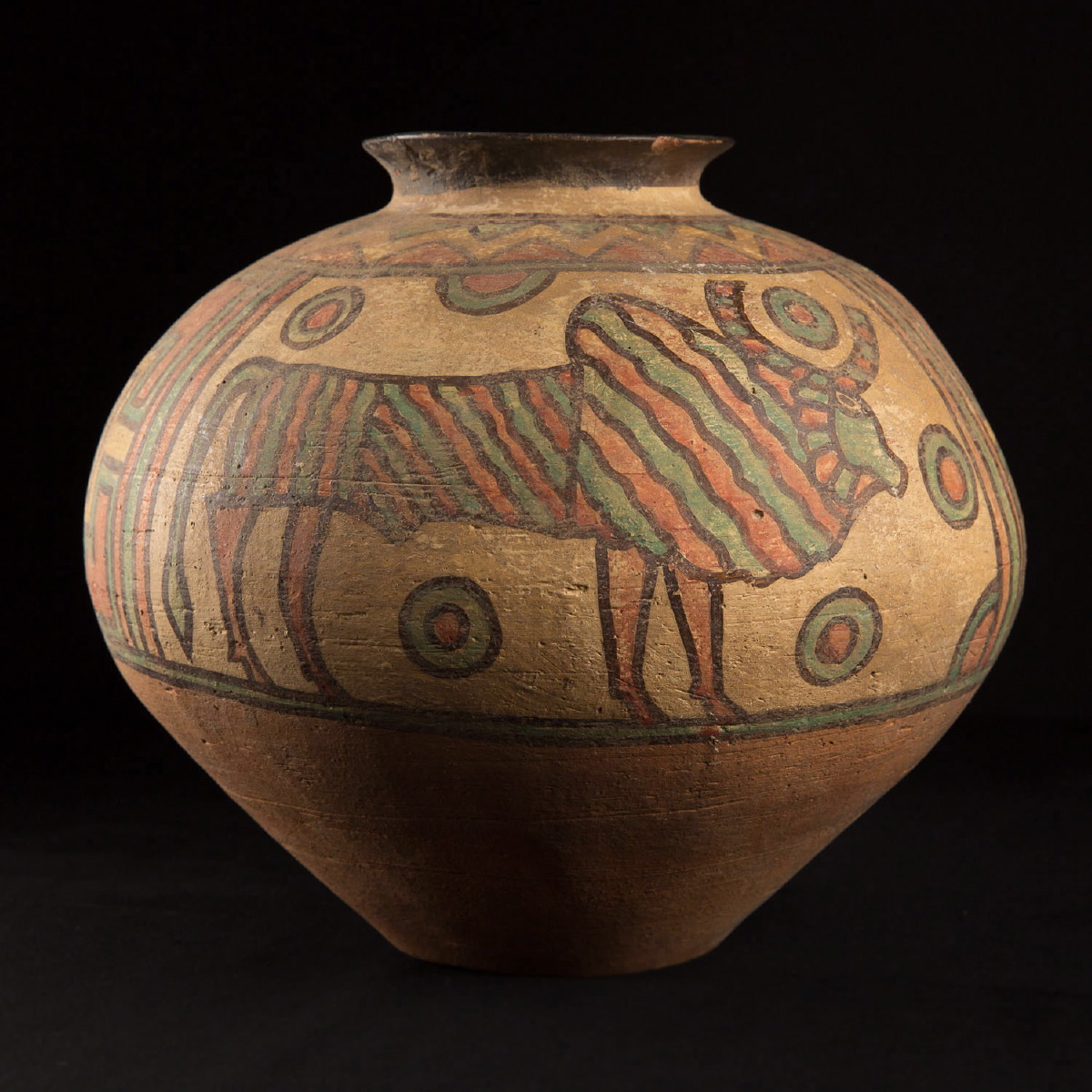 Large terracotta vase with polychrome decoration representing two flying birds facing each other and a buffalo surrounded by geometric motifs. Ovoid belly, with domed upper flared rim, a high flat shoulder and a short, not very wide neck with a curved lip. The lip is painted brown as well as the fillets that separate the planes of colors. On the shoulder, there is an approximately 4-centimeter high circular band composed of zig-zag geometric motifs in tones of beige, red and green. On the belly are two animal motifs framed by two registers composed of geometric figures. One represents a blue and red-striped buffalo with circular motifs around it. In the other frame, face to face are two birds with spread wings, presented in profile with four lines on the head and a large centered circle as an eye. The wings' feathers are stylized and in the form of scales.

The Mehrgarh civilization was situated in Pakistan near the Bolan Pass to the west of the Indus between the Balochistan mountains and the Indus Valley, and its ancient origins date back to 7000 BC. Remains have been found at that site that confirm the presence of a pastoral then a settled civilization and the presences of various craftspeople. From 1800 BC on, following climatic perturbations the site seems to have been abandoned in favor of the site of Naushuro and the development of the Vedic culture in northern India. The 6 Th-7 Th periods concerned here are marked by sophisticated ceramics, architectural development and considerable use of stone tools.