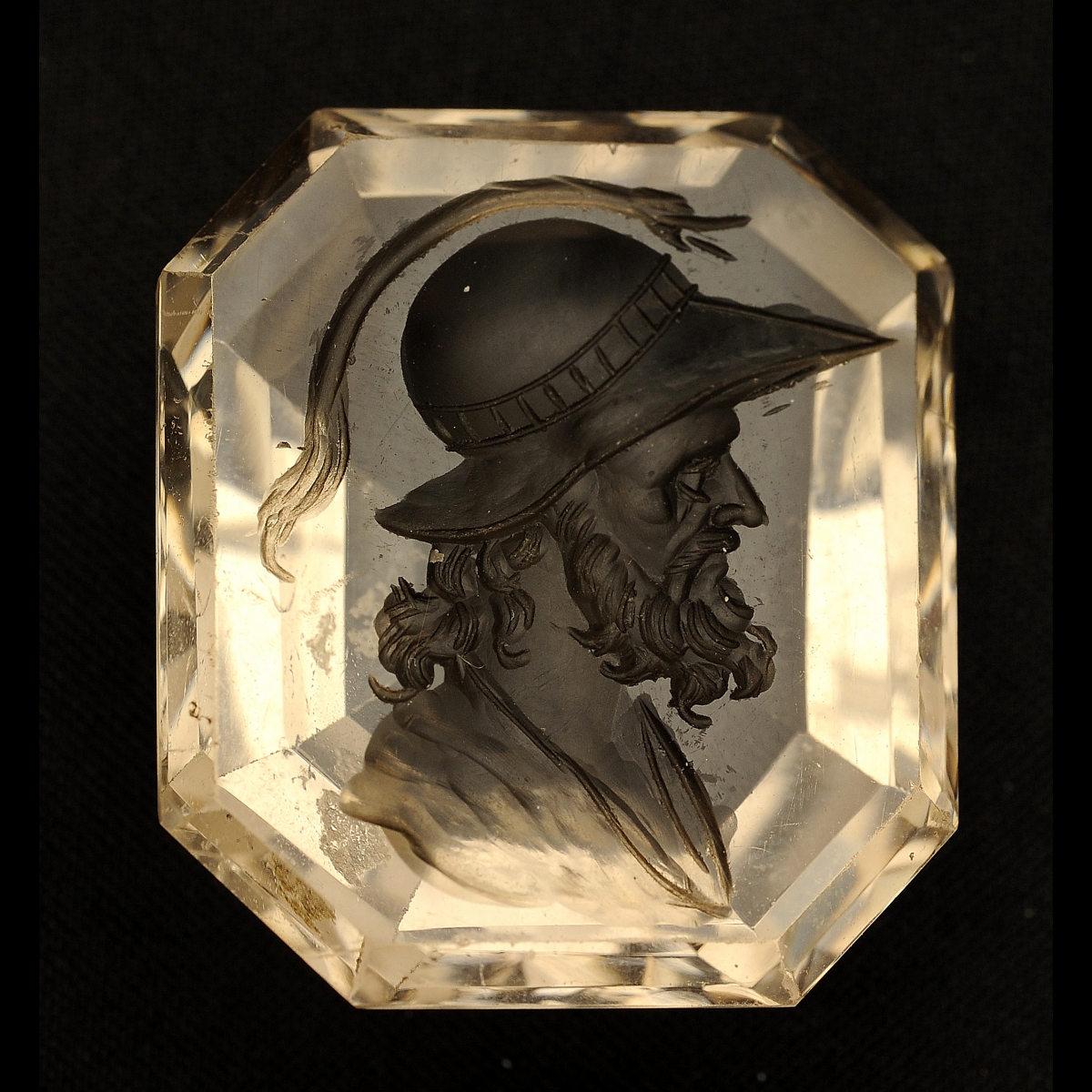 Large smoked quartz with engraved intaglio of a bust depicting a helmeted warrior.

Artisinal engraving on stone. The word Glyptothek comes from the Greek word glupta, engraved pieces etthèkè. This is a collection of carved stones. Marcus Scaurus, son-in-law to Sylla, was the first to form a collection of this kind. Pompey followed his example. Caesar exhibited the stones he procured in the temple of Venus Genetrix in Mithridate, while Marcellus, son of Octavia, let the public enjoy his collection in the temple of Apollo Palatinus. In the 16th century the Medici collected engraved stones and soon found imitations in the rest of Europe. The most notable of public collections can be found in the Library of Paris, the Vatican in Rome, Berlin, Vienna, Dresden, Munich, Copenhagen, and St.Petersburg. Collections can also be found in privately owned firms, notably those of Strozzi and Ludovici in Rome, Poniatowski in Russia, the Dukes of Devonshire, Carlisle, Bedford and Marlborough in England, the Duke of Blasas, Count Pourtales and Roger Baron in Paris.