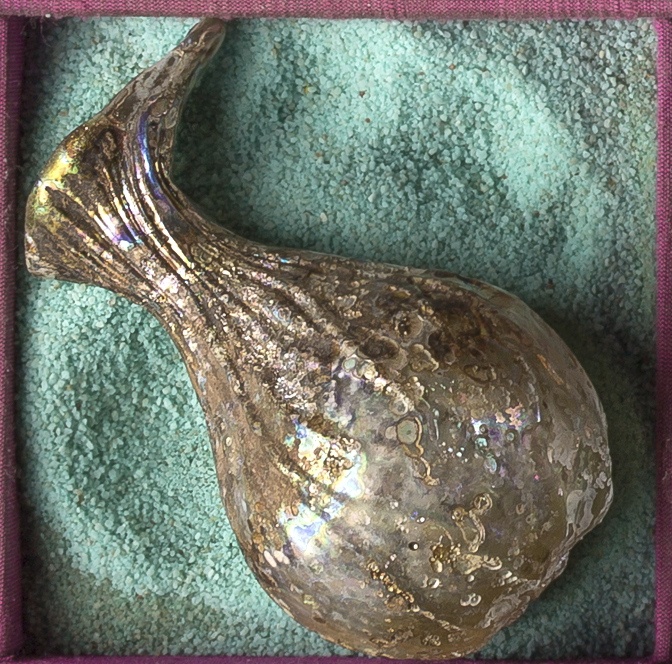 Vial with spout and globular belly adorned with nets. Small narrow neck and a rounded lip formed by folding the glass inward. Blown glass in pale green with beautiful iridescence. In order to obtain the glass, one must mix several materials, including silica, which constitutes the vitrifying element of the mix. It is found in the form of pure sand, quartz or milled flint. It melts at a temperature of 1710° and transforms into glass upon cooling. To lower its point of fusion, it is necessary to add a flux such as soda or potash. Very good state of preservation. A small hole located on the body.

In Syria and Palestine, glass-makers continued until the Arab conquest circa 640 BC, a production which inherited forms of Roman tradition. These two regions, as well as Egypt, fell under the Saracen attack just before the middle of the 17th century. It was then the turn of the glass-makers of Islam to undergo the innovation and fascination of glass: the enamelled glassware of 12th century Syria has yet to be exceeded. The Syrians have long maintained control of this craft and are renowned for their mosque lamps.