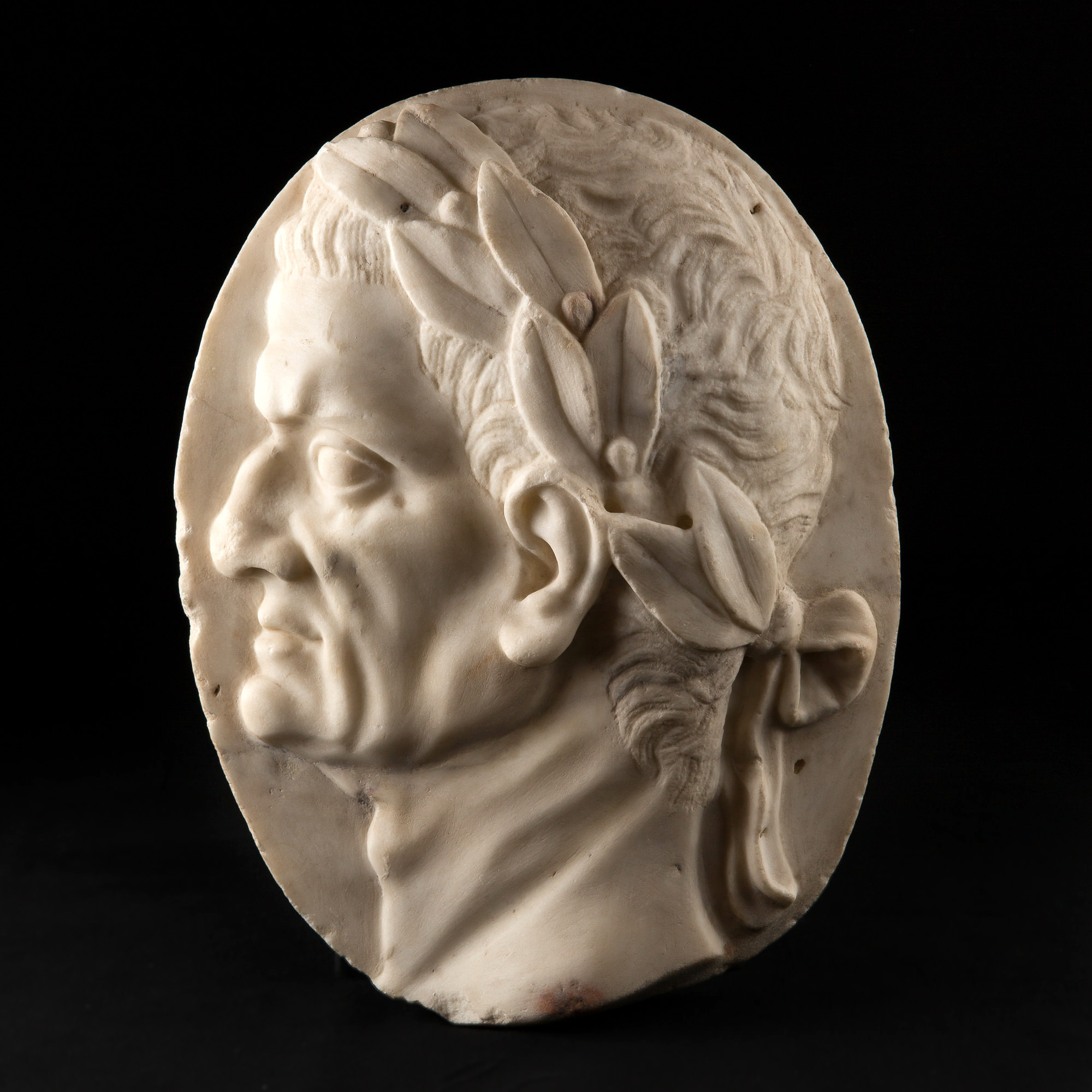 Oval shaped Italian marble in ivory white colour carved in relief and depicting a profile portrait from the Renaissance with typical decorations of the Roman era. The back of the piece is flat and bears the signs of an ancient wall mounting. This medallion was probably part of a series of portraits of poets and philosophers.  Very good state of preservation.

Although this piece has been attributed in the past by other experts as the representation of Julius Caesar, we esteem that it is rather that of Dante Alighieri. One finds the typical profile of the poet in this piece, the strong and prominent chin, arched and aquiline nose with a bump, large eyes and hollow cheeks. We have found no existing profiles of Julius Caesar, which display such a close resemblance to the facial attributes of this piece. For additional evidence, one can refer to the famous portait of Dante painted by Sandro Botticelli in 1495 in which Dante is depicted with an eight leaf laurel wreath crown, also seen in this carved marble piece. Dante Alighieri (1265-1321) wrote the Divine Comedy, which is considered by Italians as a literary masterpiece.
← Return
Enquire/Buy
Certificate
❤ Add to Wishlist
Print-Out
OBJECTS CORRELATED