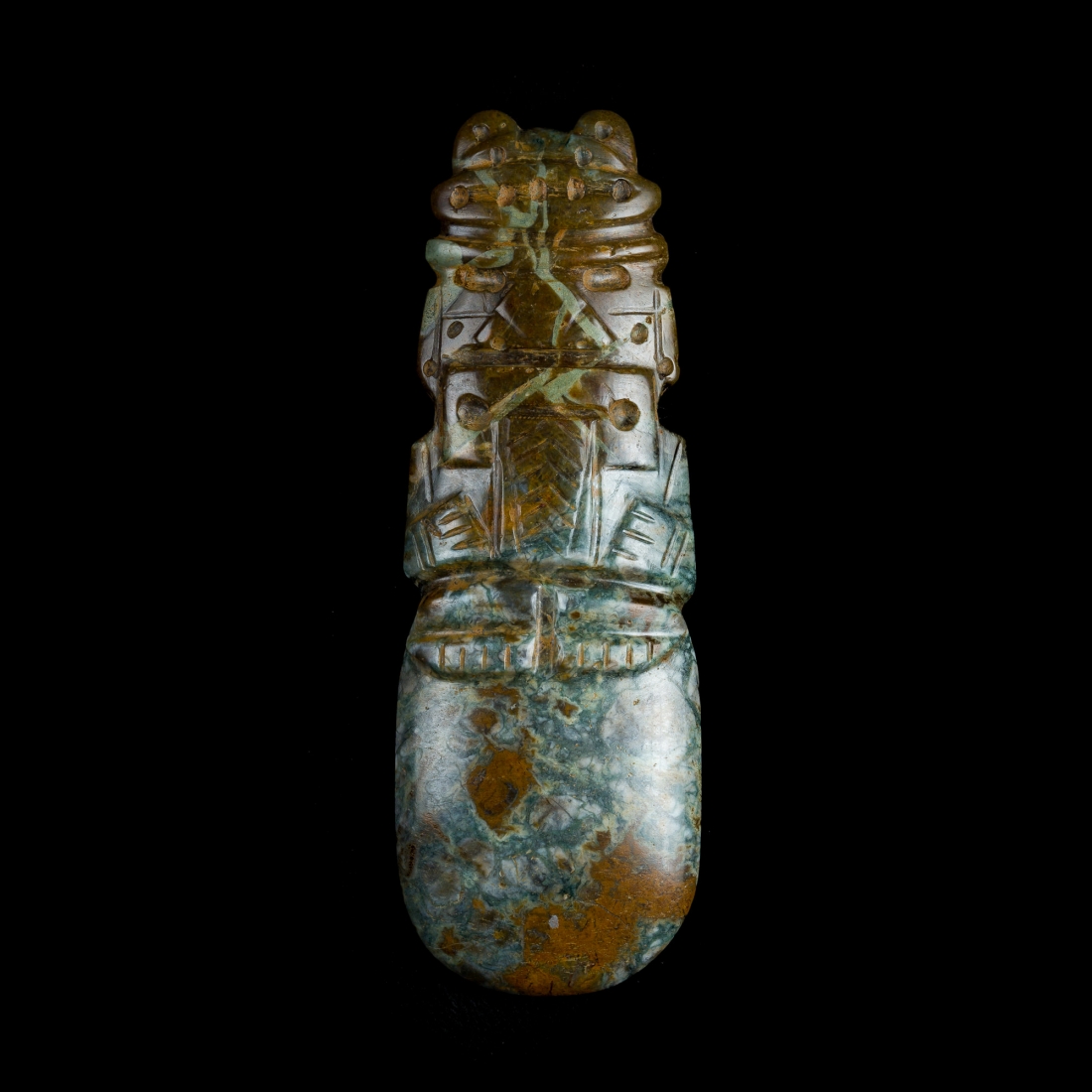 Talismanic pendant depicting an aquatic deity, a symbol of fertility. The headdress is surmounted by the totemic figure of a frog whose open mouth is adorned with a decorative herringbone symbolizing water flowing from a fountain. Frogs are rather rare representations. According to iconographic tradition, the decorative section is divided into two, the lower third being smooth and polished in reference to the head of a ceremonial axe. The Indians worked pre-Columbian jade, which is much harder than Chinese jade, with the help of string saws and sand. Green stone with white veins, cloudy coppery spots and bright aquatic polish. Several indicators present proving this piece was worked with a primitive trephine. Transverse conical hanger hole. Attractive shiny polish. An exceptional state of preservation.

It was customary for shamans to care for the spiritual needs and sufferings of the body. These healers wore jade for its mythic-religious and protective functions; most forms taking on zoomorphic or highly stylized bestiary forms, sometimes partly imaginary. Skilfully worked jade had more value than gold and was reserved for shamans, priests and the highest aristocracy, who would carry it throughout their lifetimes and place it in their tombs. The people also wore jade in more rustic pebble forms and in some cases it would represent the belonging to a specific clan. The prestige of jade was also due to the scarcity of its deposits. The most important deposit was found in Guatemala, in the valley of Rio Motagua.