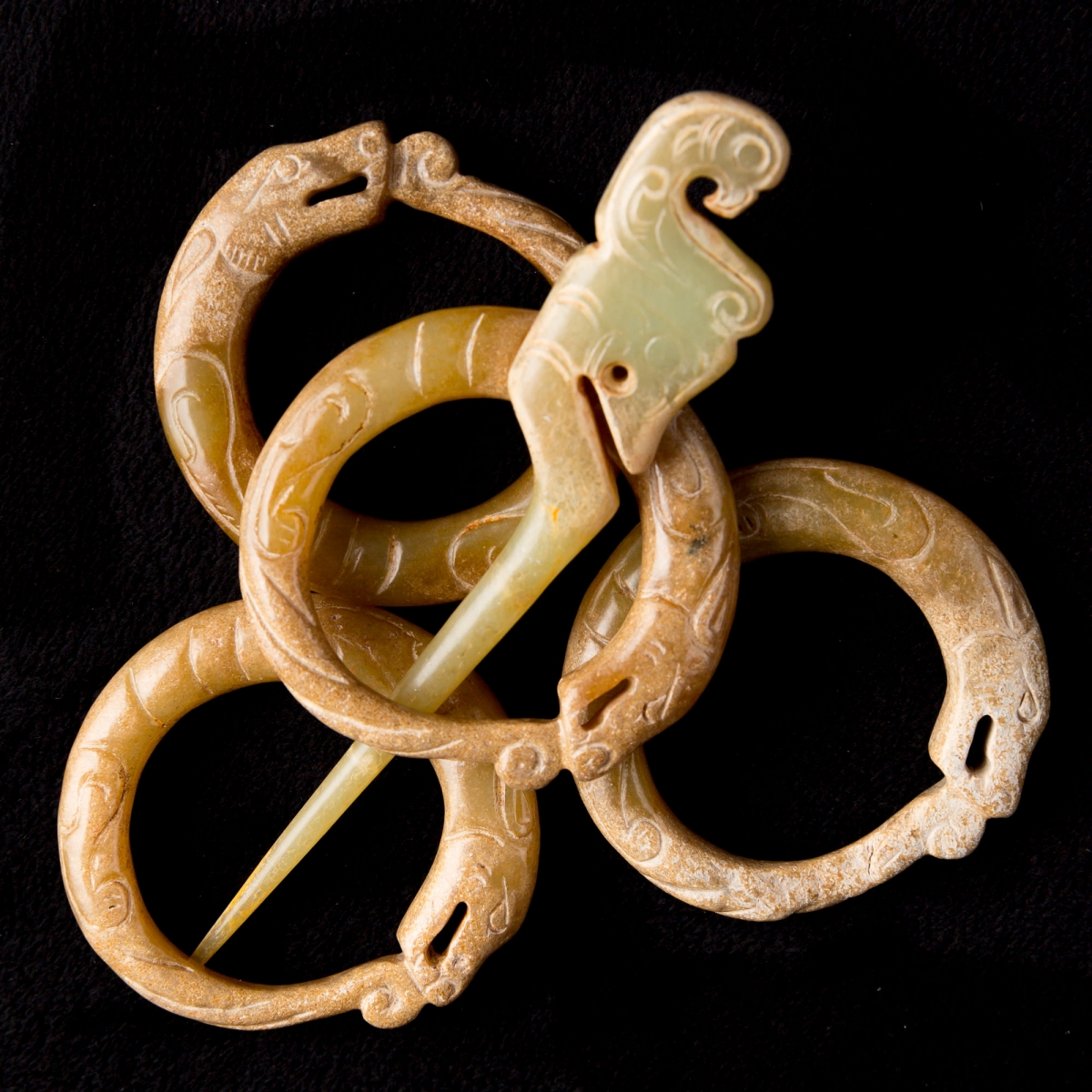 Collection of four small dragons biting one another’s tail in nephrite jade. The circle is the most important and widespread geometric symbol, its shape reminiscent of the sun and the moon. The circle embodies the eternal and will reveal a new beginning, which coincides with an eventual end, as it represents a perpetual and never ending repetition. From a philosophical standpoint, it depicts how the beginning and the end of any given path are one and the same. The circle knows no beginning or end, no direction and no orientation. It is without a doubt with these notions in mind that Platonic philosophers revered the circle as the form of ultimate perfection. It was also the chosen form used for the construction of shrines, most notably that of Apollo. The Egyptian symbol for eternity is a closed loop of rope, in other areas, it was a serpent biting its tail.

In ancient China, the dragon represents the symbol of heaven, its coiled position is a protective symbol and conveys the cyclical nature of time and eternity. Ouroboros (meaning design in the ancient Greek language) was an emblem of the eternal return. The artistry of jade came in subtle forms from Neolithic cultures stretching from the mouth of the Yangtze (Liangzhu Culture) to Southeastern Mongolia. This very hard stone is cut following pure geometrical forms, often with harmoniously placed motifs and perfect polishing. The working of this material could only be done by methods of friction, abrasion and polishing. The extremely hard composite material of jade was obviously chosen for its symbolic value of purity and its association with hardness, as well as various other values unique to the Chinese culture. Societies which followed valued jade for its property of protecting the body on its journey to the world of the ancestors, eventually to sit amongst the immortals.