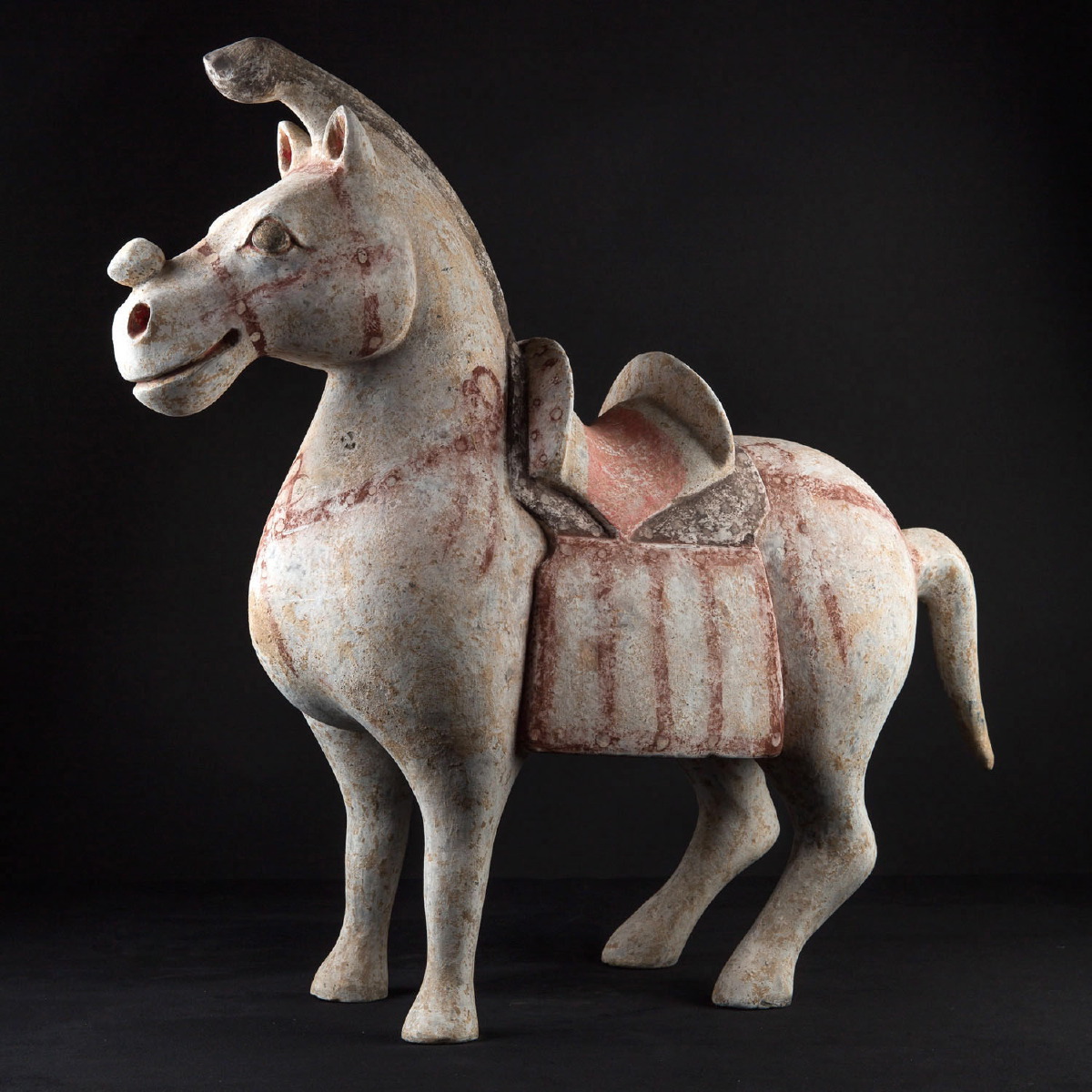 Molded terracotta statue covered in a white slip and bearing decorations painted in rusty brown. The horse stands solidly on it four legs it a halt position. It is represented in a stylized fashion with a big head surmounted by a single horn, a thick stylized tail and harnessing formed by a saddle and mudguards, parts of which were painted on. Very rare representation. Possible ancient repairs.

The period of the Jins saw the unification of China in 280, thanks to the emperor Wudi, a very intelligent bon vivant who also drew up the first code of laws. Then followed a long 200-year period of instability during which the Wu Hu barbarians ravaged the country, causing a vast exodus of Han Chinese to the south of the Yangtze River. The north of China was then divided by the Xiongnu tribes, originating from the Mongolian steppes, into “sixteen kingdoms of the five barbarians”. The Xiongnu were intrepid horsemen and semi-nomad herders who raised rare livestock, including camels, stallions from the best breeds and small horses. The Mongol horse, forged by the harsh climate of the steppes, came from a merciless natural selection combined with a very old human influence. Small, almost like a pony, its endurance is nonetheless legendary and it accompanied the nomads of Mongolia in their daily life. It provided a means of transport, milk and sometimes meat in winter. It has, as in this example, a particularly well-developed forehand and a short and massive neck. The body is wide, the back and the legs are short with good joints. It is also known for having a very sure foot, living freely at all times. This horse, which bears a decoration that seems to be a unicorn’s horn, is very rare. We like its stocky aspect, very essential in its forms combined with its big size of 55 cm that make us perceive it as an emblem of the horse with an amazing modernity.