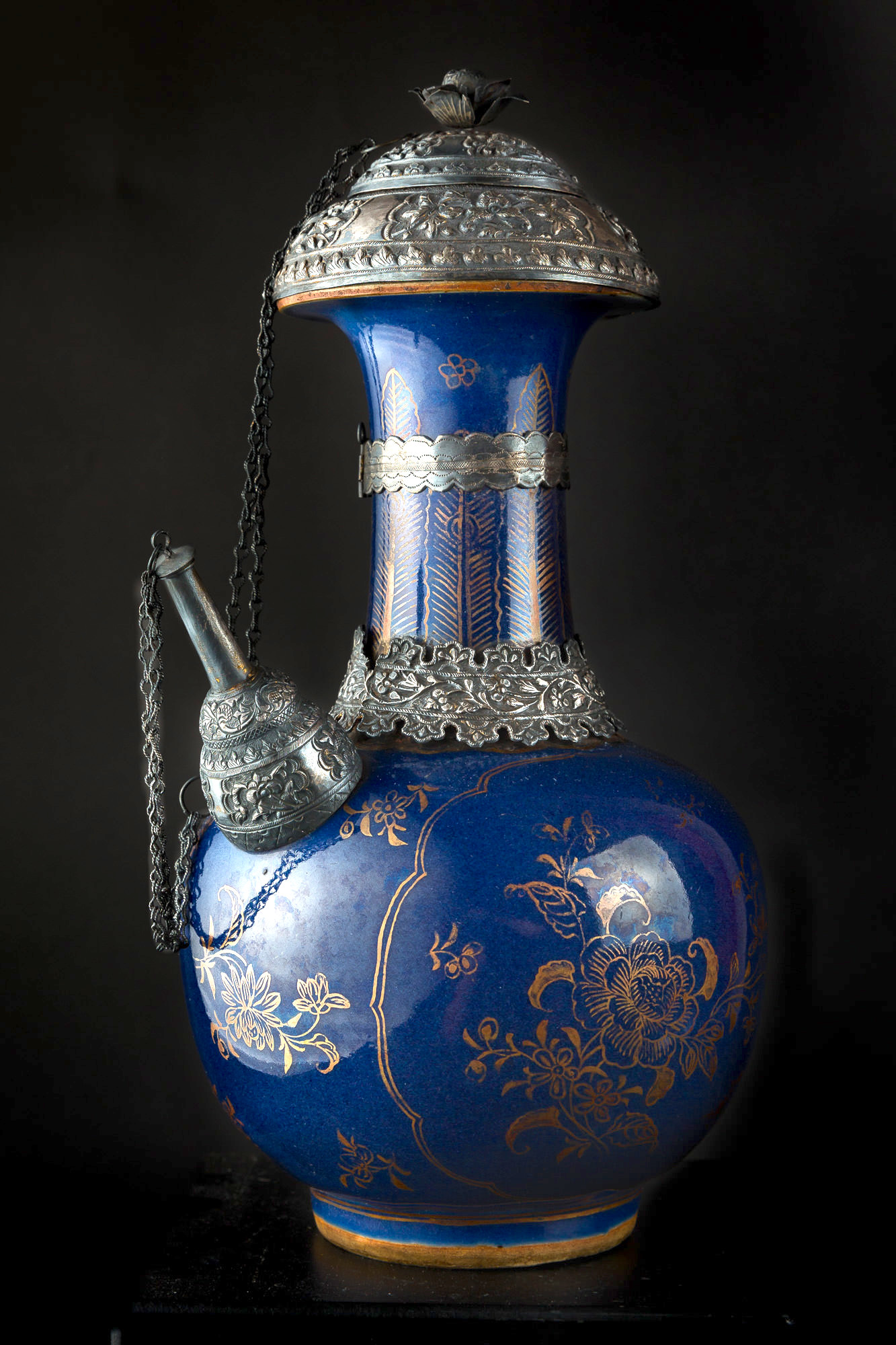 Water vessels like this were often made for export to the Southeast Asia region, and decorated for foreign tastes. Chinese kilns made porcelain destined to be sent as far afield as Europe and the Near East, where this blue-ground gilt-decorated kendi may have been a symbol of social status for its foreign owner.

This vase comes from the Rogers fund of the Metropolitan Museum. It has been classified by the museum as one of its 10 treasures from the MET's art collection of chinese ceramics.