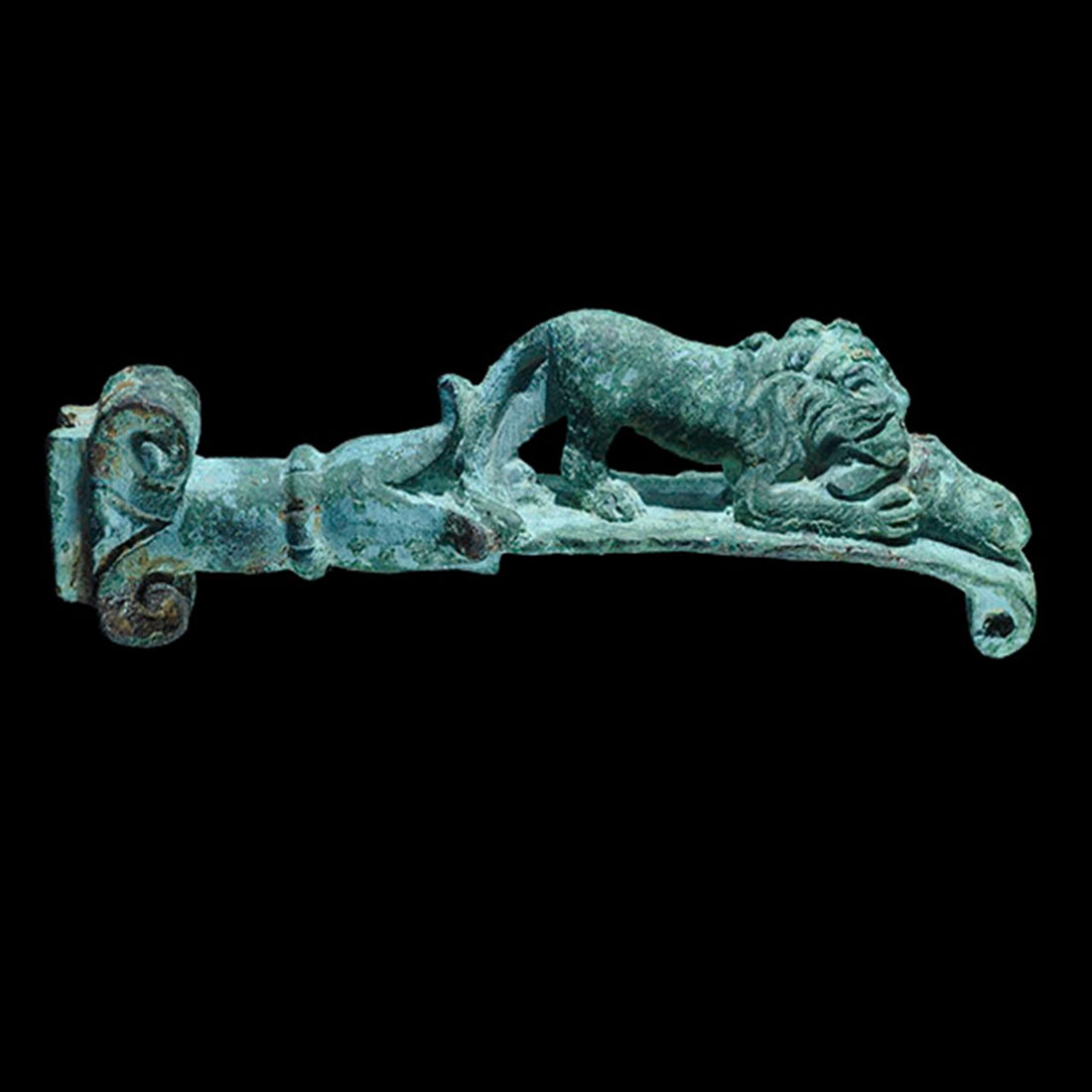 Interesting bronze knife handle in the form of a palm leaf emerging from a lotus shaped flower; below, an inverted Doric scrolled end, recessed for the hinge; above, a crouching lion consuming a bull's head. Lovely ancient patina with traces of cuprite. Fine condition.

Since ancient times, the lion has represented power and domination, and for millennia, kings used to choose this animal as an emblem. In Greek mythology, the demigod Heracles becomes invulnerable after killing the Nemean lion and begins dressing in its skin and head. The lion was still a widespread species in ancient Greece. Alexander the Great was featured on coins in the image of Heracles (from whom he would have been the descendant), wearing a lion’s head. Lion hunting has always been entertainment for royalty.