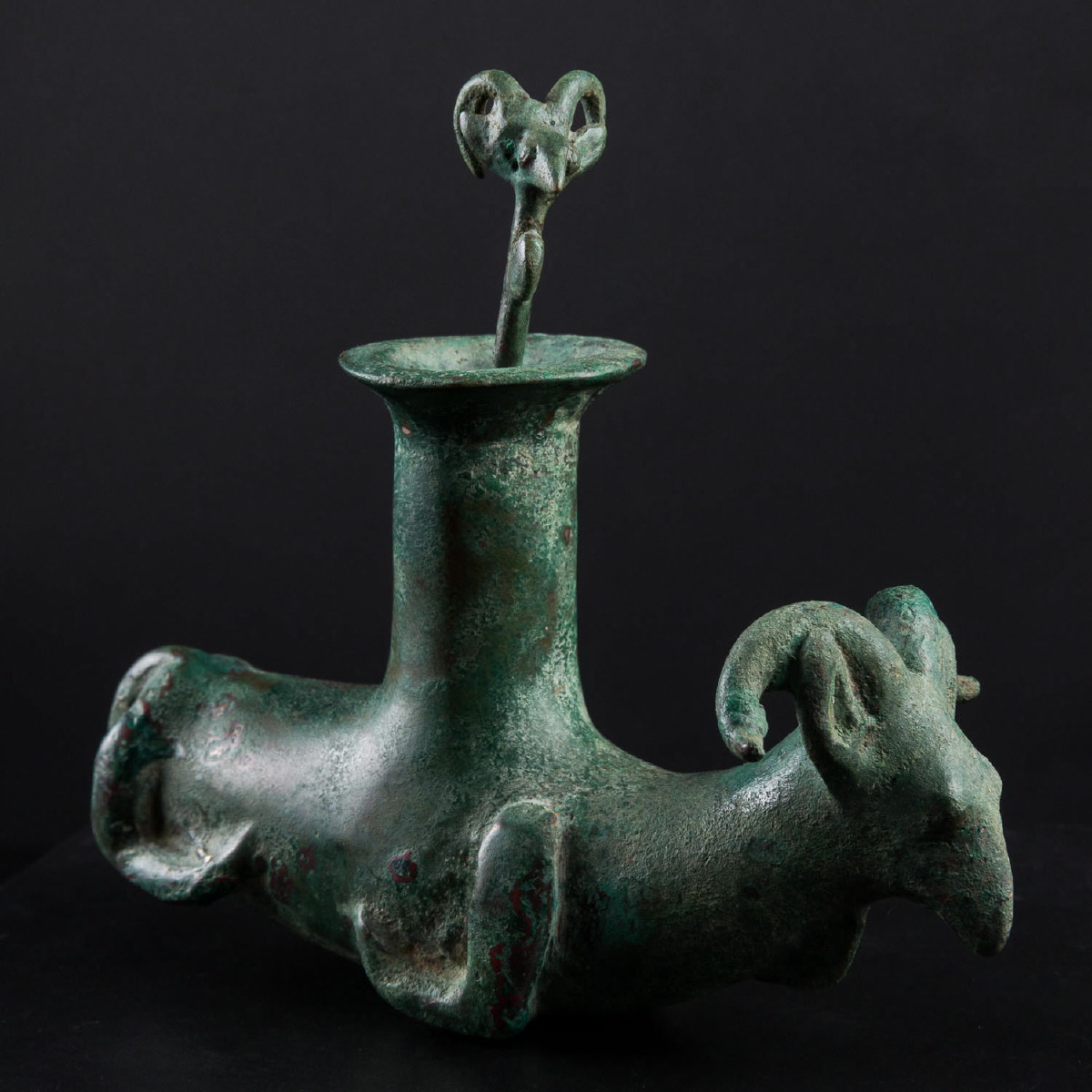 Rare vase for cosmetics in bronze used to hold face make-up or unguents and perfumed oils. Beautiful, quite uniform green patina of a color typical of ancient Bactrian bronzes. The vase shows an ibex with majestic horns reclining on its folded legs. The vase has its little spoon, which also bears a small goat at its summit.

The part of Central Asia in which Bactria was located saw the development of complex societies, to the extent that many archeologists consider it the homeland of the Aryans, also called the Europode race of Mesopotamia. Today situated to the north of Afghanistan, between the Indu Kush and the Amu Darya rivers, it sprung from a culture of proto-Iranian origin, although the aryanization first came from India. This region saw the discovery of the use of pure copper, then, by mixing it with other metals, they discovered the use of bronze. Bactria was known for having wide deposits of Lapis-lazuli that it exported to as far away as Egypt and Syria. Well-made constructions in stone and rammed earth, dating from this same era, have been found as well as ceramics adapted to a settled type of life, marking the presence of contacts with the civilizations of the steppes of nearby Central Asia. The climatic conditions being unfavorable, it is thought that these people were more likely herders than farmers and probably for geographic reasons they had more contact with Eastern Iran, of which the language was spoken by some tribes.