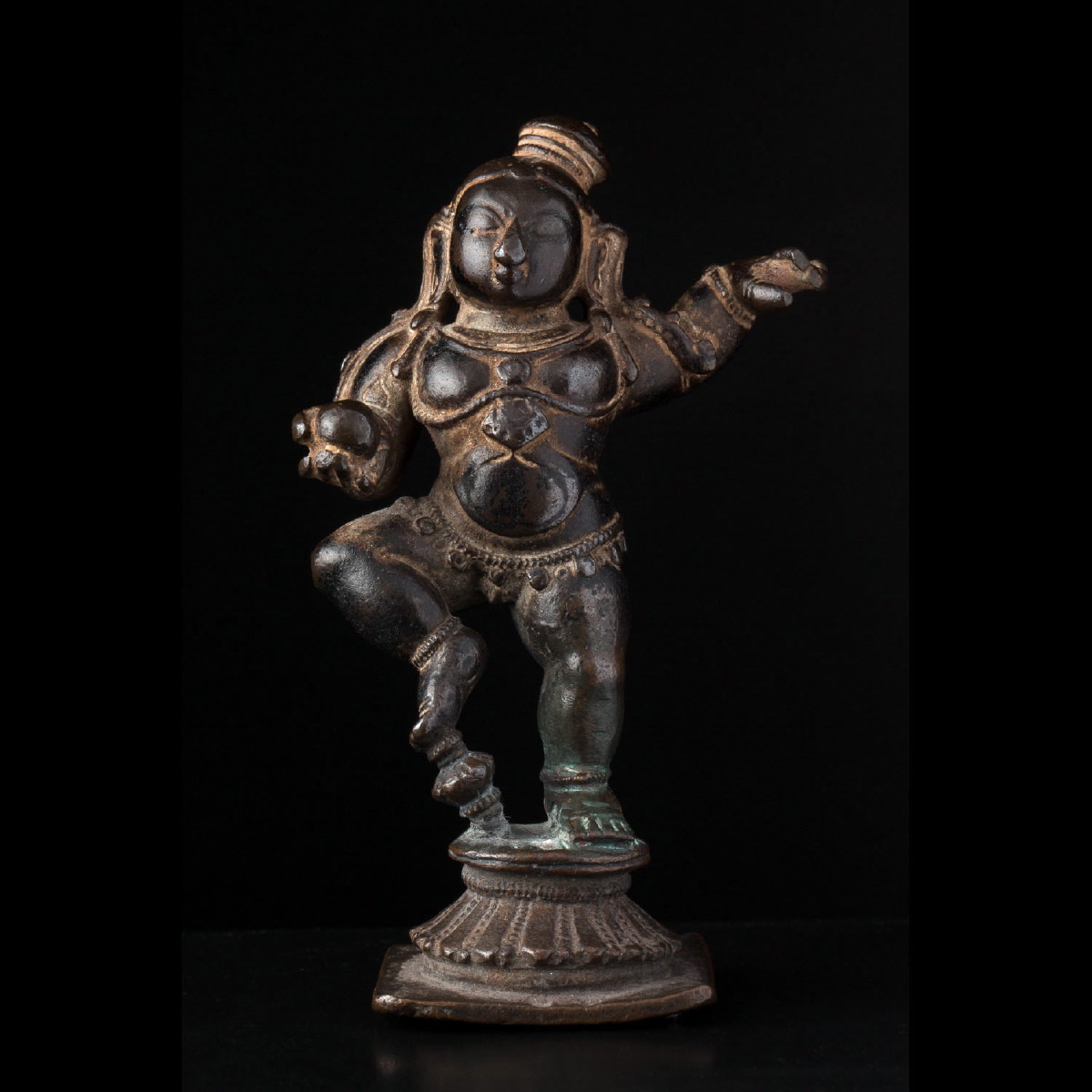 Very lively statue in dark bronze and very shiny, representing infant Krishna while dancing. He is somewhat plump and holds a slab of butter in his left hand. The dance has him balancing on his left leg, the right one resting on a Vajra. He is lucky and impish, as all the movement shows. The square base is surmounted by a crown of petals. Excellent state of preservation, with a beautiful brown patina.

Krishna is one of the most popular Hindu divinities, often considered as an incarnation of Vishnu, the protector of cows (Egopalai) because his adoptive father Nanda was the chief of the cowherds. As a child he was well known to be a thief of butter, which he loved. In spite of the protests of his mother, the royal princess Devaki, he was always able to escape punishment. According to tradition, he is represented nude, except for his necklaces and bracelets. The “thief of butter” dance (navanita-nritta-murti) is not a rare subject, but it is far less well known than those of Krishna playing the flute.